The book presents works from the third edition of The Experimental Education Protocol.

Founded by artist Angelo Plessas, The Experimental Education Protocol is an alternative educational model in which each edition takes place in a different location and participants are asked to create educational ideas and workshops that focus on a particular case study and its local context. 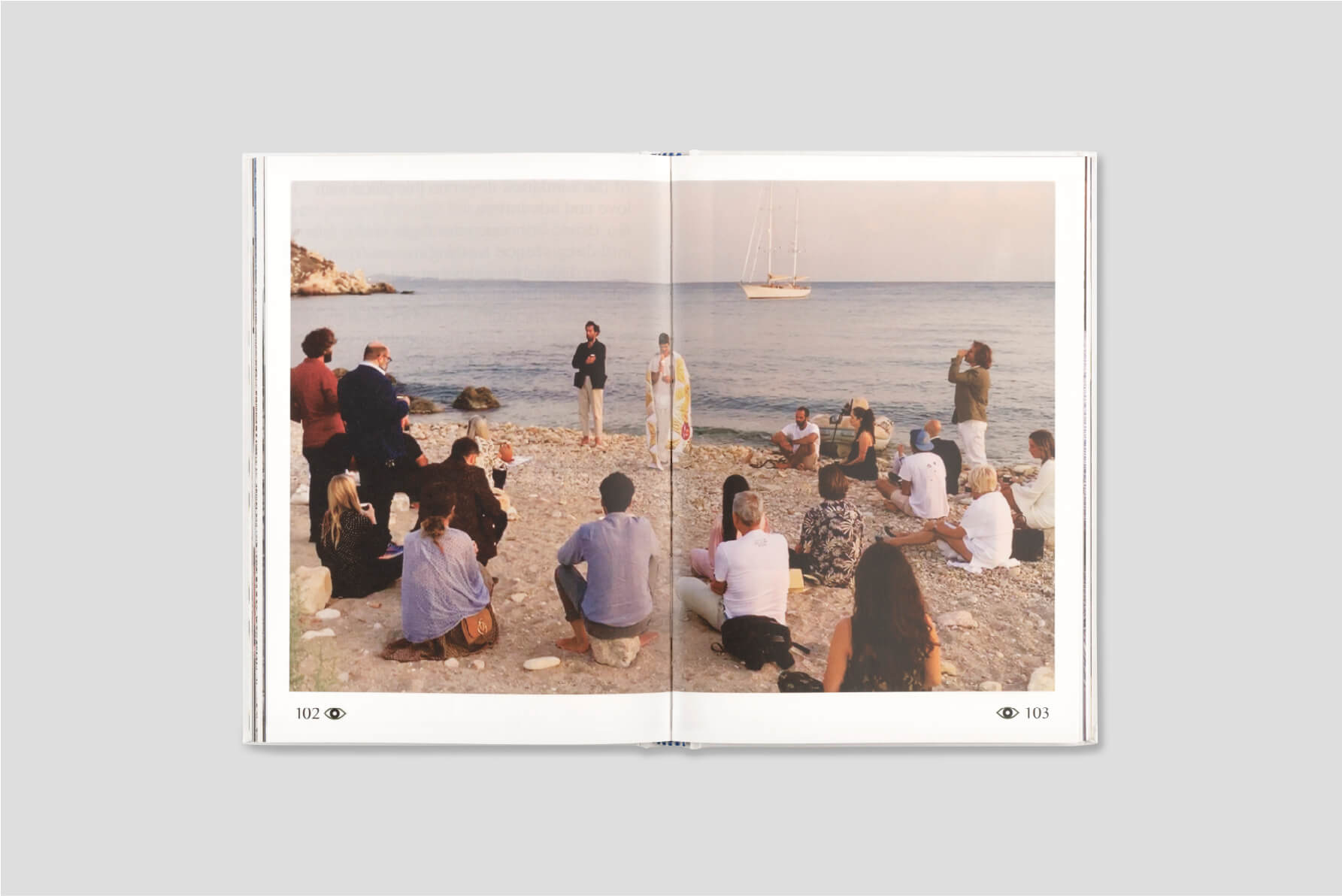 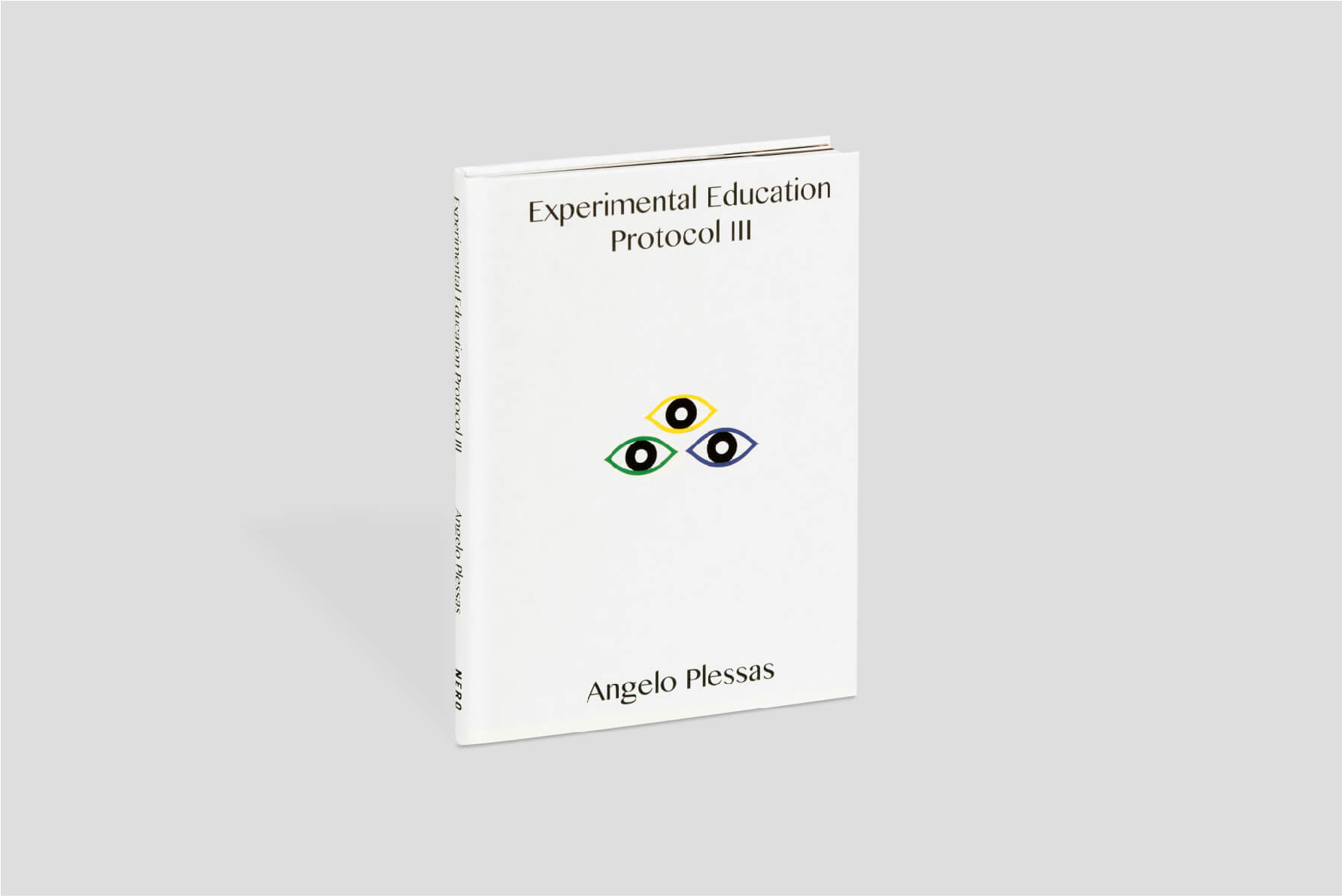 The third edition took place in the form of a cruise on a classic sailboat called Suhail, put at the artist’s disposal by Silvia Fiorucci Roman, president and founder of Società delle Api, a “house on the water” that brought the participants within new and different situations, allowing them to be temporarily detached from the outside world and to connect directly with the natural environment. Organized by Società delle Api, the cruise covered a journey in the Aegean Sea from Kastellorizo to Athens, stopping at numerous un-inhabited small islands. The participants (artists Andreas Angelidakis, Sofia Stevi, Amalia Vekri and curators/publishers Marina Fokidis and Luca Lo Pinto) used it as a case study to explore the surroundings and develop new types of learning relationships, considering the sea and nature in general as open-source, decentralized interfaces to be explored from spatial, environmental and social perspectives.

The book is the first publication of the book series published by Società delle Api in collaboration with NERO.

The book presentation will be an opportunity to explore the work of Angelo Plessas in conversation with the artistic director of the Società delle Api, Cristiano Raimondi, and Luca Lo Pinto.

Angelo Plessas lives and works in Athens. His work highlights the ambiguous approach of spirituality with technology delving into a broad set of cosmologies, activating modes of communal interconnectivity, social relations, and identity. Plessas’ activities range from performances to artist residencies; from self-publishing to interactive websites; from quilted sculptures to live-stream events and educational projects. Over the last years, he has organized the annual, weeklong gatherings of The Eternal Internet Brotherhood/Sisterhood and The Experimental Education Protocol in different remote places in the world. His work has been exhibited internationally such as the 13th Gwangju Biennale, S. Korea; documenta 14, both in Kassel and Athens; The Museum of Contemporary Art in Chicago; the Jeu de Paume, Paris; the DESTE Foundation, and the National Museum of Contemporary Art, Athens. Plessas is the founder of P.E.T. Projects in Athens, a Fulbright alumnus, and he has been awarded the DESTE Prize in 2015.

Società delle Api is an independent, non-profit organization founded by Silvia Fiorucci Roman to promote practices of solidarity, knowledge and collaboration among different disciplines. The SDA’s mission is to give life to a series of research platforms on which artists, architects, designers and thinkers can develop projects in close collaboration, creating new modalities of exchange among creatives, curators, researchers, institutions, collectors and philanthropists. Società delle Api is an inclusive space, which conceives of the network as a swarm of ideas and people engaged in a process of constant change.