Musician and composer Alessandro Sbordoni, a member of the Associazione Nuova Consonanza, and music history scholar Alessandro Mastropietro, scholar Romina Baldoni together with conductor Marcello Panni, will meet the public to retrace the activity of Egisto Macchi (1928-1992), the protagonist of the exhibition Espressionismo Sociale, on show until 23 October in the CHAMBER MUSIC section. 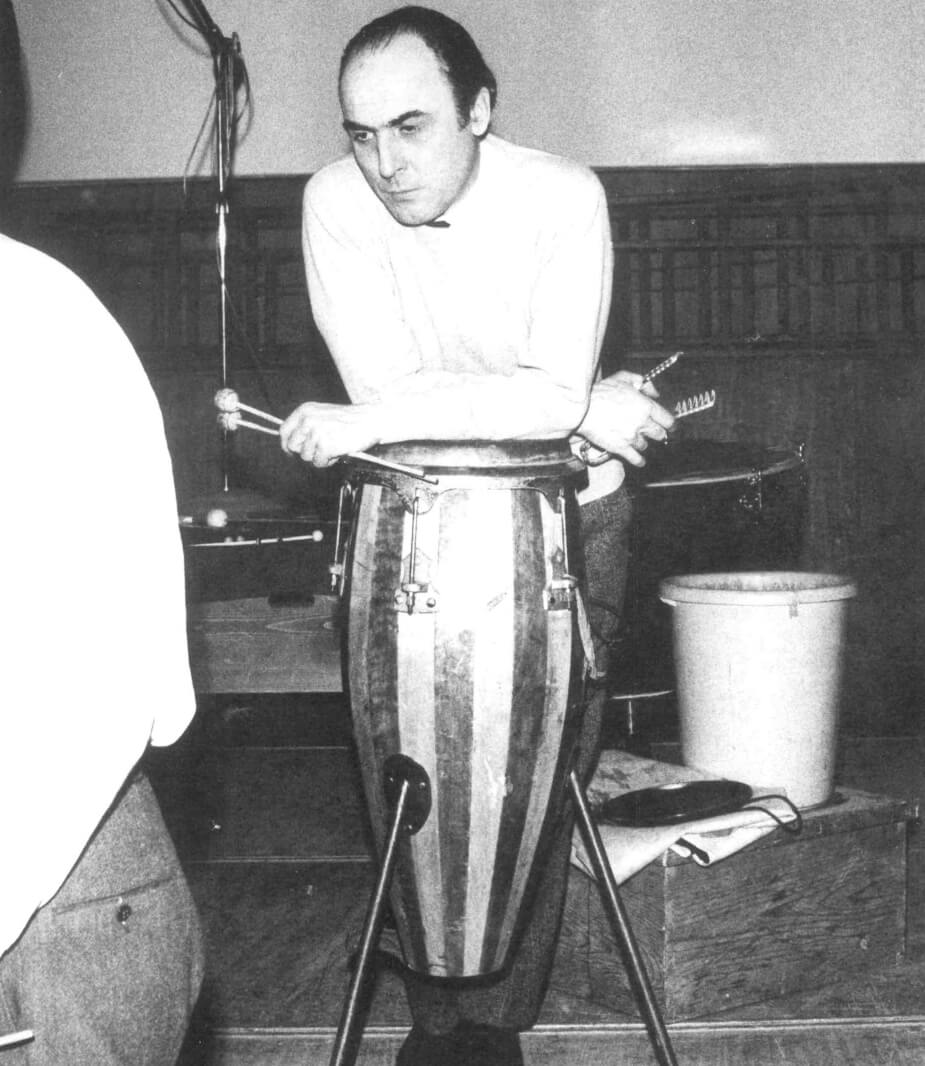 This is an opportunity to take an in-depth look at Macchi’s consistent work, carried out both in the Gruppo di Improvvisazione Nuova Consonanza, in the years 1960-1980, and in the Associazione Nuova Consonanza, of which he was repeatedly president. From both these activities emerges the innovative figure of the composer, active not only on a theoretical and moral level, but also in a practical and operational role of sound invention and organisational and cultural commitment.

The event will take place in the Auditorium.
Free entrance until capacity is reached.

The collaboration between Azienda Speciale Palaexpo and Nuova Consonanza continues: Mattatoio will host some of the events scheduled for the 59th edition of the Nuova Consonanza Festival, entitled Musica in movimento, an event dedicated to the international contemporary music scene.

ALESSANDRO SBORDONI, composer, essayist and researcher, has written more than seventy scores for different ensembles, from solo instruments to large orchestras to musical theatre, published by Casa Ricordi, EdiPan and RaiCom. He then extended his research to philosophical and initiatory aesthetic themes, as a natural consequence of an assiduous investigation aimed at penetrating the essence of sound and art.

ALESSANDRO MASTROPIETRO (L’Aquila, 1968) is Associate Professor in Musicology and History of Music at the University of Catania. A graduate in composition, electronic music and conducting, he graduated with a thesis on Luigi Nono. He dedicated his PhD to experimental music theatre in Italy, on which he published an extensive monograph (Nuovo teatro musicale fra Roma e Palermo, 1961-1973, LIM 2020). He edited the critical edition of Domenico Guaccero’s writings and monographic publications on Paolo Renosto and Francesco Pennisi. He also deals with the music of the second instrumental 18th century, with specific regard to Luigi Boccherini. He has participated in numerous international conferences, carried out national research projects and his texts are regularly published in leading scientific journals and within miscellaneous volumes. He was the artistic director of the Società Aquilana dei Concerti “B. Barattelli” and member of the board of directors of Nuova Consonanza in Rome.

ROMINA BALDONI (Montefalco, 1970), she has a background in the humanities, with a degree in Political Science from the “La Sapienza” University of Rome, after which she specialized in Community Law at the European College of Parma. She is an auditor in the department of Patristic Philosophy at the Università Pontificia Gregoriana with Prof. Flannery and a collaborator in the department of Ecclesiastical Law with Prof. Sergio Lariccia. For over twenty years she has worked as a librarian and in the press office at USMI – Unione delle Superiore Maggiori d’Italia, and she is currently registered at the Scuola Vaticana di Biblioteconomia dell’Apostolica Vaticana. She is a contributor of in-depth writings and research in magazines like Consacrazione e Servizio, Quaderni di Diritto Ecclesiastico, Concilium, and magazines of art, music and culture such as Distorsioni, Krill, Minima&Moralia, Quaderni d’altri Tempi and OndaRock.

MARCELLO PANNI (Rome 1940), carries on in parallel the activities of composer, conductor and musical organiser. In 1971 he founded the Ensemble Teatromusica, performed and recorded first performances of works by Schnebel, Cage, Pennisi, Berio, Bussotti, Clementi, Donatoni, Feldman. He presented the pantomime Klangfarbenspiel (1972) at La Scala in Milan and the opera La Partenza dell’Argonauta inspired by Savinio (1976) at the Maggio Musicale Fiorentino. As conductor since the late 1970s, he has been a guest at the most important opera and symphony theatres, such as the Paris Opera, the Metropolitan, the Bolshoi and the Vienna State Opera, collaborating with singers such as Luciano Pavarotti and Edita Gruberova. He conducted the premiere of Morton Feldman’s Neither (1976) on a text by Beckett, directed by Pistoletto (1976), Sylvano Bussotti’s Cristallo di Rocca at La Scala (1983), Philip Glass’s Civil Wars, directed by Bob Wilson, at the Rome Opera (1984). From 1980 to 1984 he taught composition at Mills College in Oakland, California, holding the prestigious Milhaud Chair. He was artistic director of the Orchestra dei Pomeriggi Musicali in Milan, the Bonn Opera, the Opera and Philharmonic Orchestra of Nice, the Accademia Filarmonica Romana, the Teatro San Carlo in Naples and the Orchestra Sinfonica Siciliana. Since 2003 he has been Academic of Santa Cecilia. The author of several operas, he has also recorded numerous discs of music of our time and several operas including: Pergolesi, Il Flaminio with Daniela Dessì, Orchestra del San Carlo in Naples; Donizetti, La Fille du Régiment, with Edita Gruberova, Orchestra della Radio di Monaco; Omaggio a Verdi, with Fabio Armiliato, Philharmonic Orchestra and Choir of the Opera of Nice; Rossini, Semiramide with Edita Gruberova, Bernadette Manca di Nissa, Diego Florez, Ildebrando d’Arcangelo, Austrian Radio Orchestra and Chorus; Luciano Berio’s Passaggio, Goffredo Petrassi’s Il Cordovano and Hyperion by Bruno Maderna, with Carmelo Bene.