Randagio is an artistic project by Giovanni de Cataldo that investigates the edges of the world we live in. It is a portrait in the negative: instead of the glossy and seductive appearance, the ungainly and deformed face of the present is depicted, that of the disc’s protagonist. A man no longer young but not old either, who tells in the first person not about his successes but about the blunders, the mistakes, the failures. 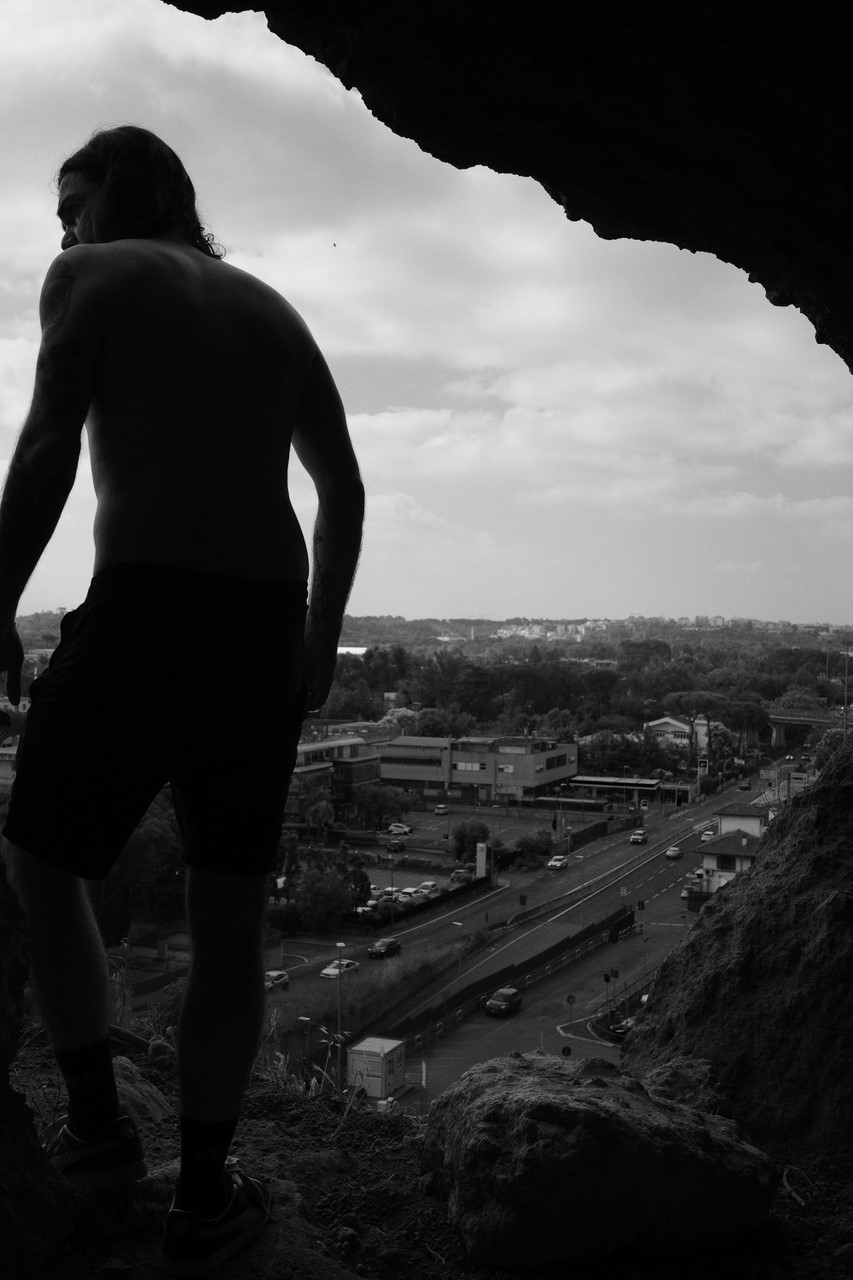 And so we find ourselves with him in the middle of the street, evicted by the “old woman” to whom for the umpteenth time he has not paid the rent. Strays, like those who wear only “dirty laundry” and who at night are “led by the eyes of cats.” Not a denunciation, but an imaginary chronicle, wispy and self-deprecating, playing with the dark side of illusions, compulsive tics, and the fear of feeling invisible.

The musical dress of the project, in a docile fabric made of soul and soft jazz, is by Danilo De Candia and Gabriele Terlizzi, while the lyrics are co-written with Federico Bertollini, aka Franco126, who duets with de Cataldo on the album’s closing track. A well-rounded artistic quest: the album, distributed by Bomba Dischi, is illustrated by a series of watercolors by Dario Carratta, which trace the narrative.

The vinyl box set produced by Litografia Bulla will be presented at the event. The artist, who has already extensively used elements from the urban context in his career as a visual artist, will bring to the MACRO spaces a scenography, a reinterpretation of the Monte delle Grotte, between the busy Flaminia Nuova and via Flaminia Vecchia. An image familiar to all Roman drivers but so everyday as to become invisible. Just like the stray humanity it hosts.

The event will take place in the foyer.
Free entry until capacity is reached.

GIOVANNI DE CATALDO (Rome, 1990) lives and works in Rome. After studying at the Academy of Fine Arts in Rome, he continued his specialization in sculpture at the Nicola Zabaglia School of Art and Crafts. Since 2014, his studio has been located in the historic Pastificio Cerere building. His research focuses on the urban context, from which he extrapolates elements that are reworked such as guardrails damaged in crash tests, architecture, benches and drinking fountains. In recent years the focus of his work has broadened, turning to the analysis of the sociological and anthropological contexts in which subcultures such as the ultras are born and develop, but also the different languages that populate cities. Recent solo exhibitions include: L’isola dei cani, Gelateria Sogni di Ghiaccio, Bologna (2021); Ultimo Stadio, LA FINE, Rome (2019); Low Rider, nmcontemporary, Principality of Monaco (2018); San Lorenzo, z2o Sara Zanin Gallery, Rome (2018); Got mit uns, Una Vetrina, Rome (2017). Recent group and bipersonal exhibitions include: There is no place like home/ Rome, Rome (2021), L’ora del Lupo, Spazio Mensa, Rome (2021), Voyage / Voyage, Spazio In Situ, Rome (2021); Rilevamenti #2, Camusac, Cassino (2020); Sharing our dreaming room, z2o Sara Zanin Gallery, Rome (2020); Spina, Palazzo Ziino, Palermo (2019); Taxidermy, Rome (2018); Festa Franca, Cannara (2018); Sottobosco, Cluj Napoca (2018), Colore sempre vivo, Treviglio (2018); A new space is born, nmcontemporary, Principality of Monaco (2017); Premio HDRA’ 2017, Palazzo Fiano, Rome (2017); Straperetana, Pereto (2017); The Next Era, z2o Sara Zanin Gallery, Rome (2017).