Lisa Ponti (1922-2019) was an artist, editor, critic and writer. Though her presence was often overshadowed by the importance of her father, the famous architect and designer Gio Ponti, she lived through fundamental historical moments of the 20th century, together with artists of different generations, from Gianfilippo Usellini to Giorgio de Chirico, Alighiero Boetti to Luigi Ontani, Vincenzo Agnetti to Enrico Castellani. 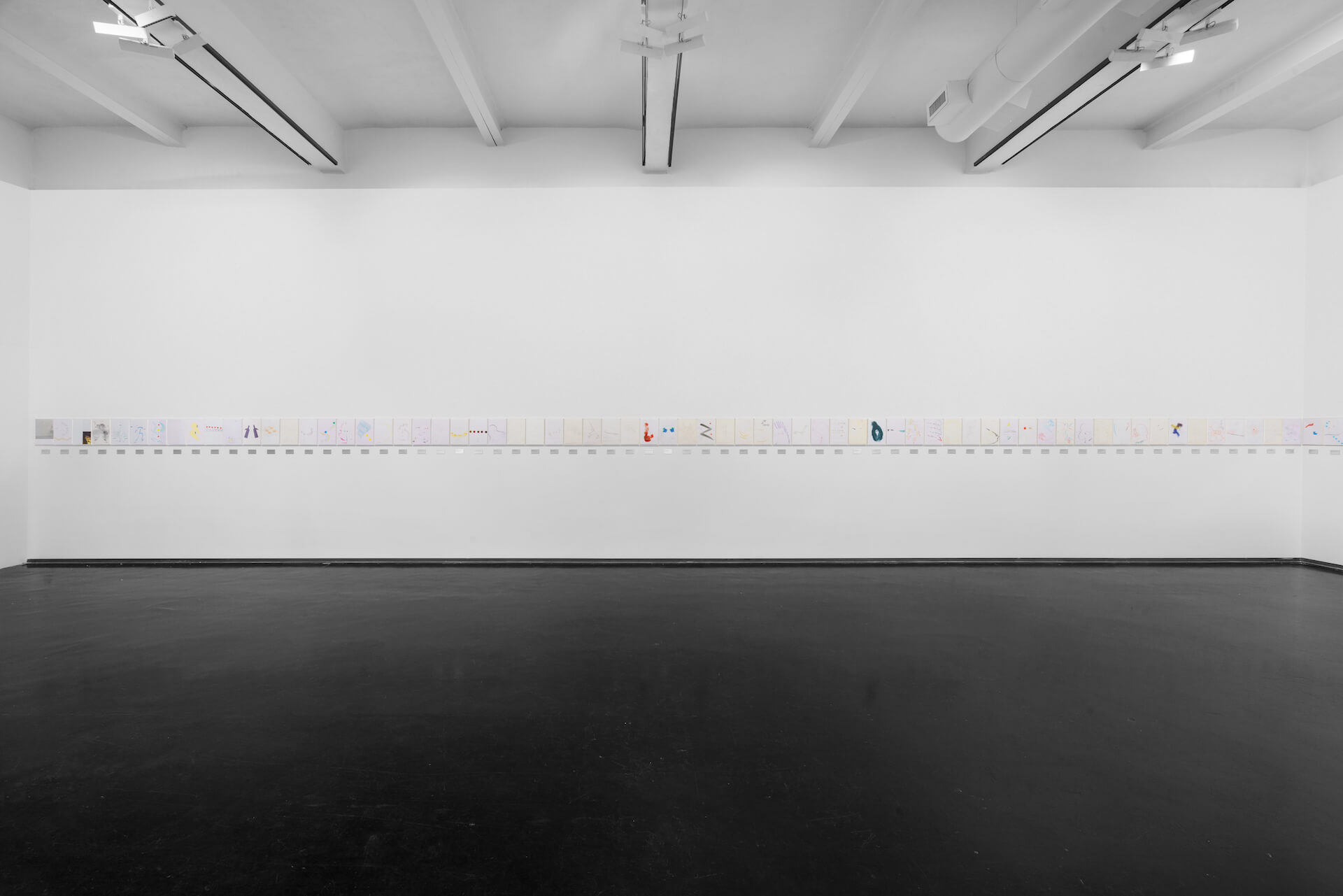 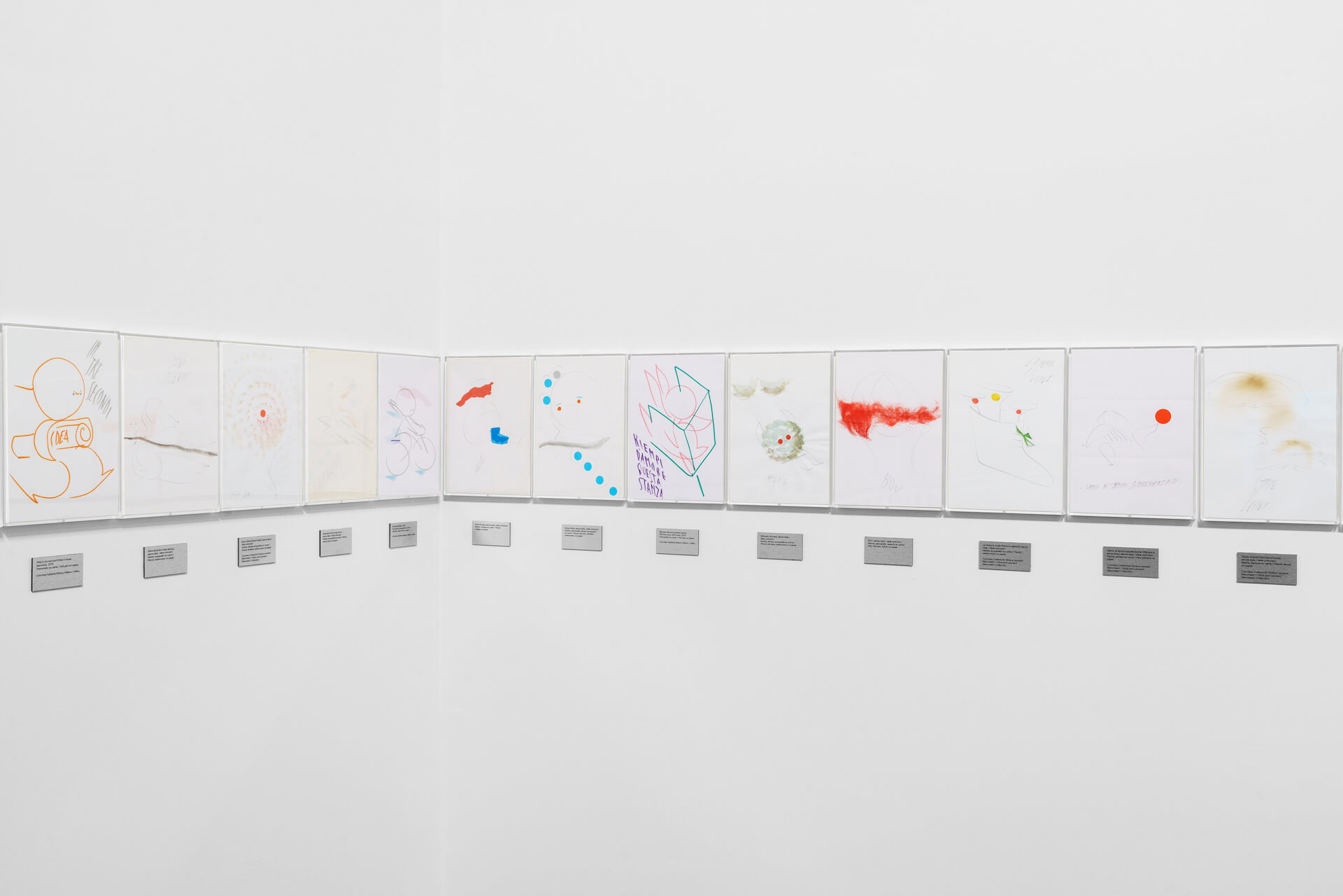 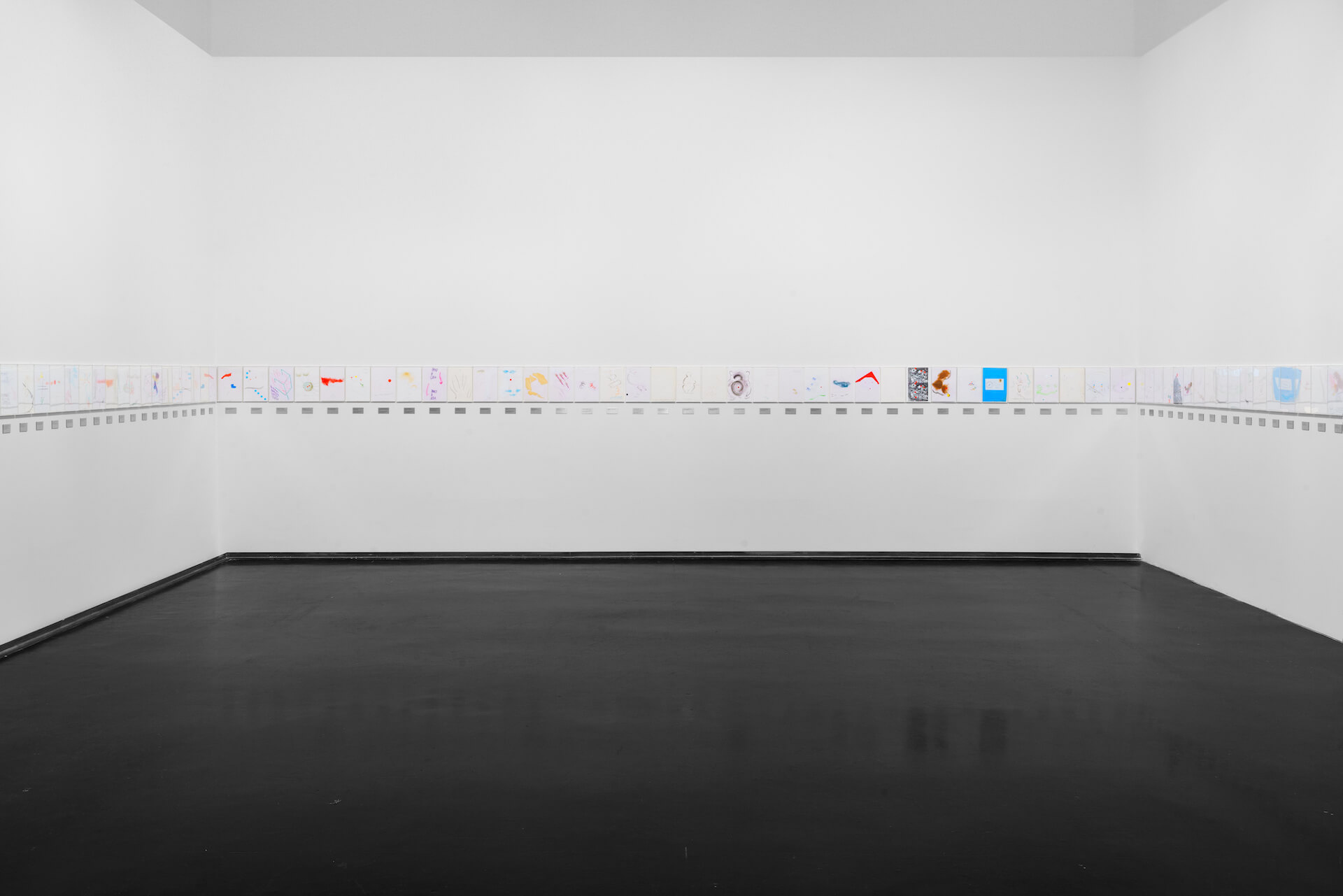 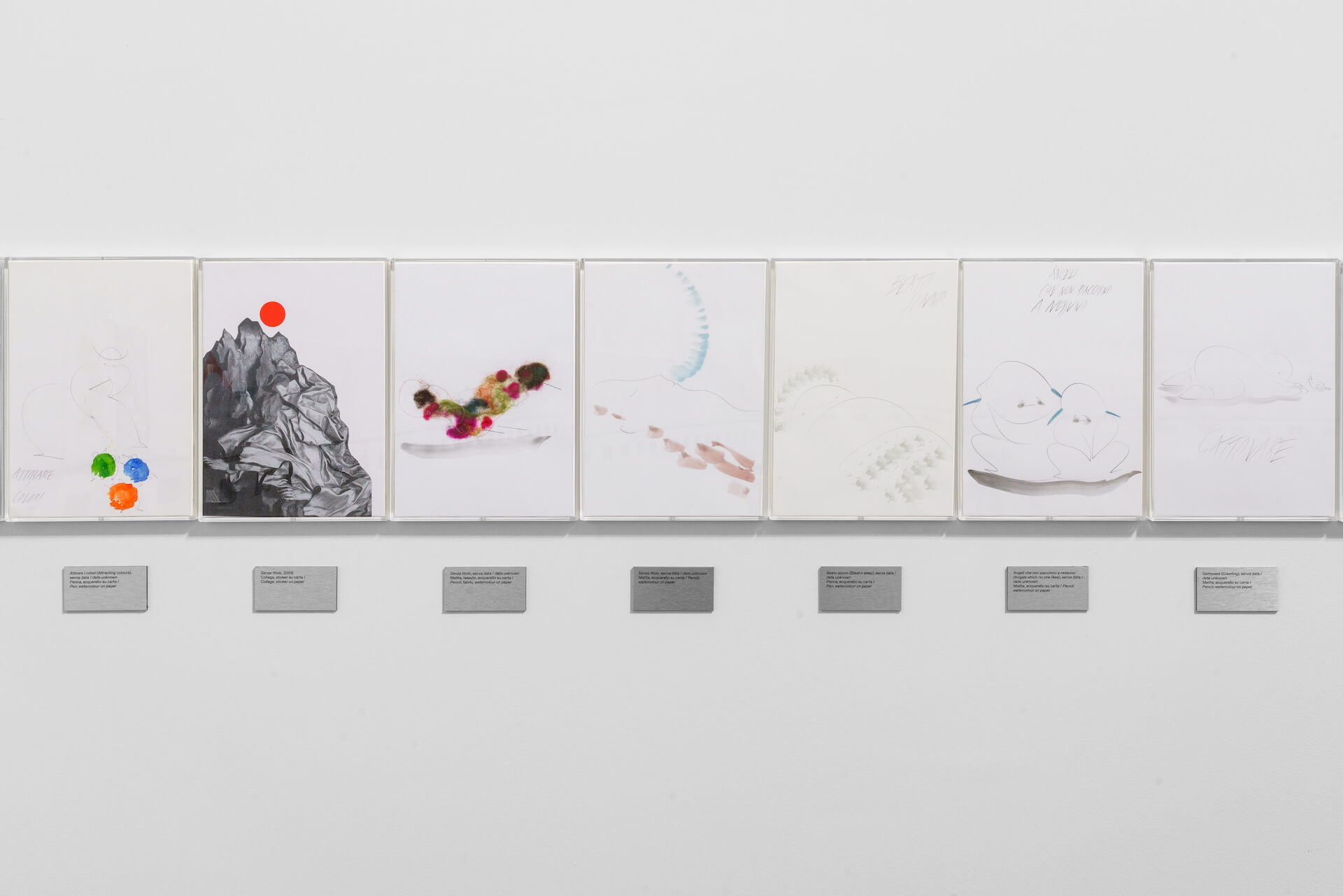 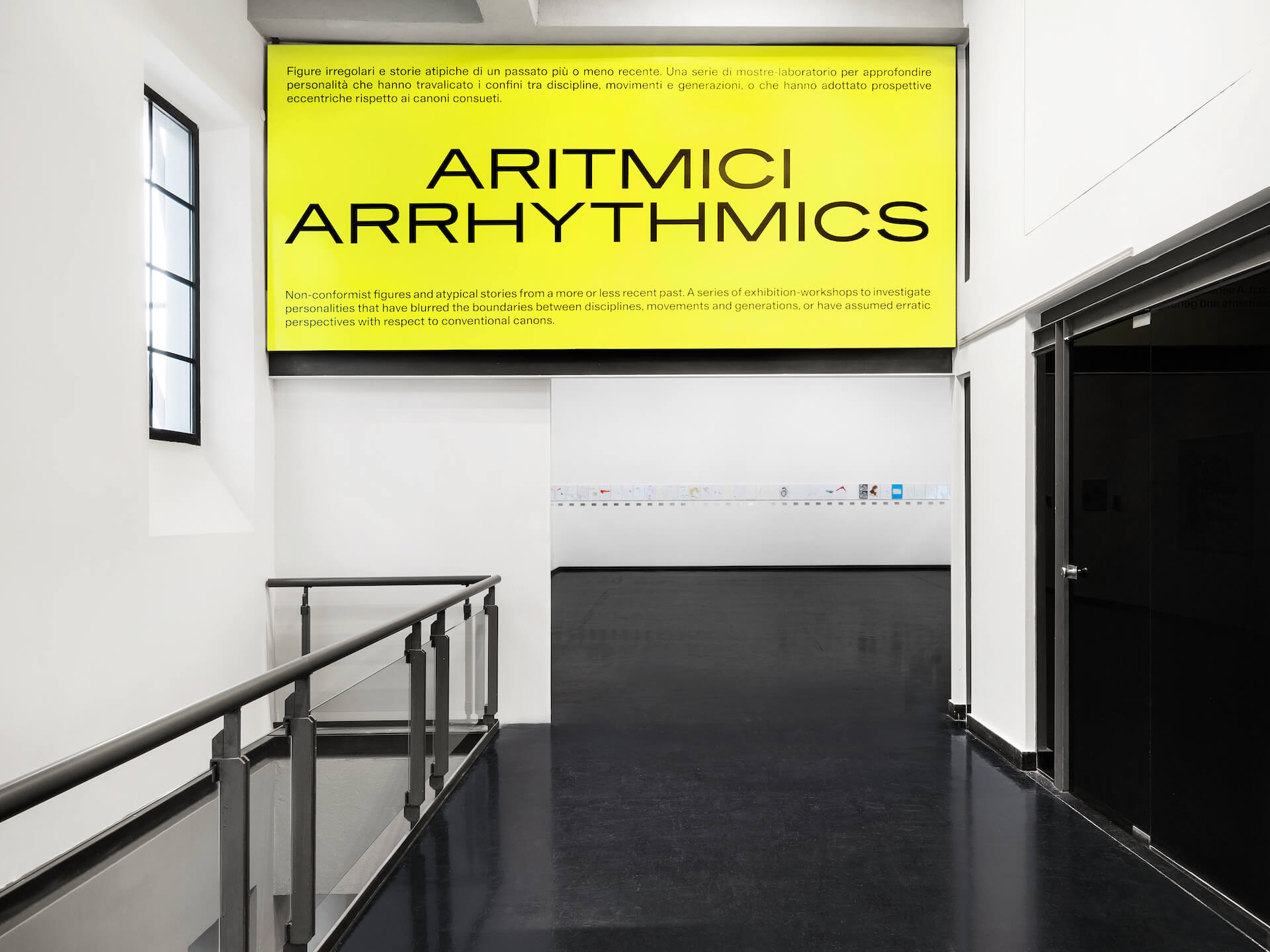 After taking a degree in Philosophy, she worked with her father in various contexts: she assisted him in the making of the frescos at Palazzo del Bo in Padua (1940), played an active role on the editorial staff of the magazine Stile published by Garzanti (1941-1946), and was an editor-in-chief inside Domus (1940-1979), then specifically editing the magazine’s art coverage until 1986. In the 1940s she published the book of poems Gio Ponti agli amici (1941) and a book of fables illustrated by Ettore Calvelli, L’armadio magico (1946), containing stories she invented to entertain her younger siblings during the war.

Il disegno di una mostra (The drawing of an exhibition) presents a large selection of works that reveal the dreamy, poetic side of her personality. Lisa Ponti began drawing while she was still working with Domus, but her first solo exhibition came only at age 70, in 1992, at the gallery of Franco Toselli in Milan. The child-like character of her imagery and her touch like sudden lightning fill sheets of paper in one format only: A4. “Within the standard the minimum reduces immensity to distance between signs”.

Like apparitions, the words and text graphically and ironically contribute, performing together with the rapid gesture that outlines the profile of cherub-like characters, figures of fantasy but also companions of hopes and turbulence. The duel between drawing and watercolours on the white page is enhanced by many other ways of narrating, thanks to the use of a range of materials and tools: newspaper pages and personal photographs with which to produce collages, markers and paintbrushes, cotton and wadding, stickers that dot or sketch forms on paper surfaces. For the artist, drawing is an intimate location, a moment in which to stake out and claim a private space of abandon. The A4 format is a limit to overcome through a mark that takes flight and compresses the dream or apparition into an instant.

The exhibition project will be completed by a monograph issued by the publishing house Humboldt Books, conveying the unique power of her voice. The publication, with writings gathered from Stile and Domus, together with a selection of drawings, provides an overview of her ability to interpret and establish dialogue with a milieu of artists, designers and architects with different backgrounds. Her personal itinerary through the history of Italian and international culture in the 20th century leaves the possibility open of a convivial gathering of multiple sensibilities in a language free of academic formalities, dictated by a personal perspective on the world.