Fatima Al Qadiri (Dakar, 1981) is a composer and artist from Kuwait whose musical and material output escapes any sort of official genre specificity or definition, other than the one suggested by the title of this exhibition: Isekai. 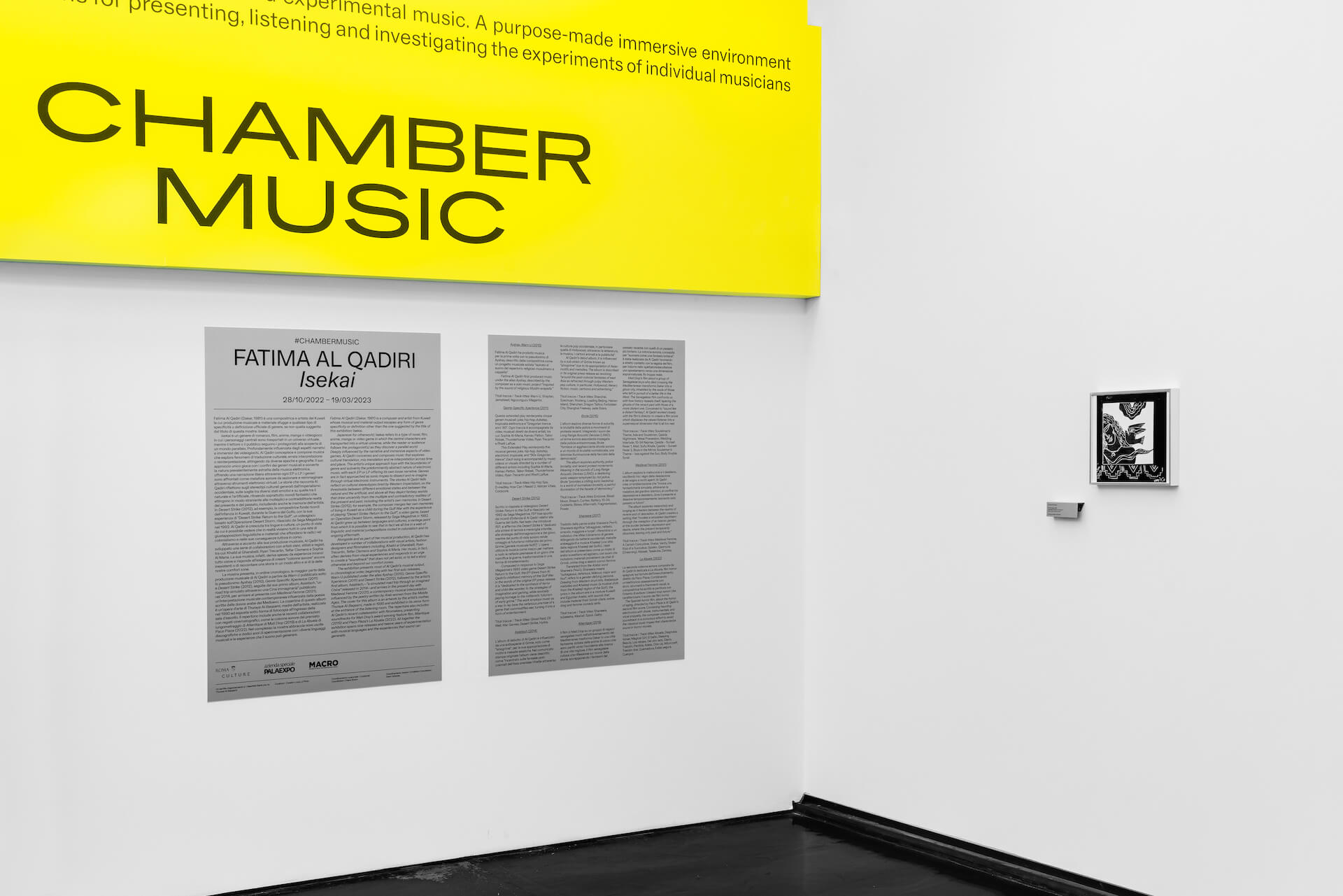 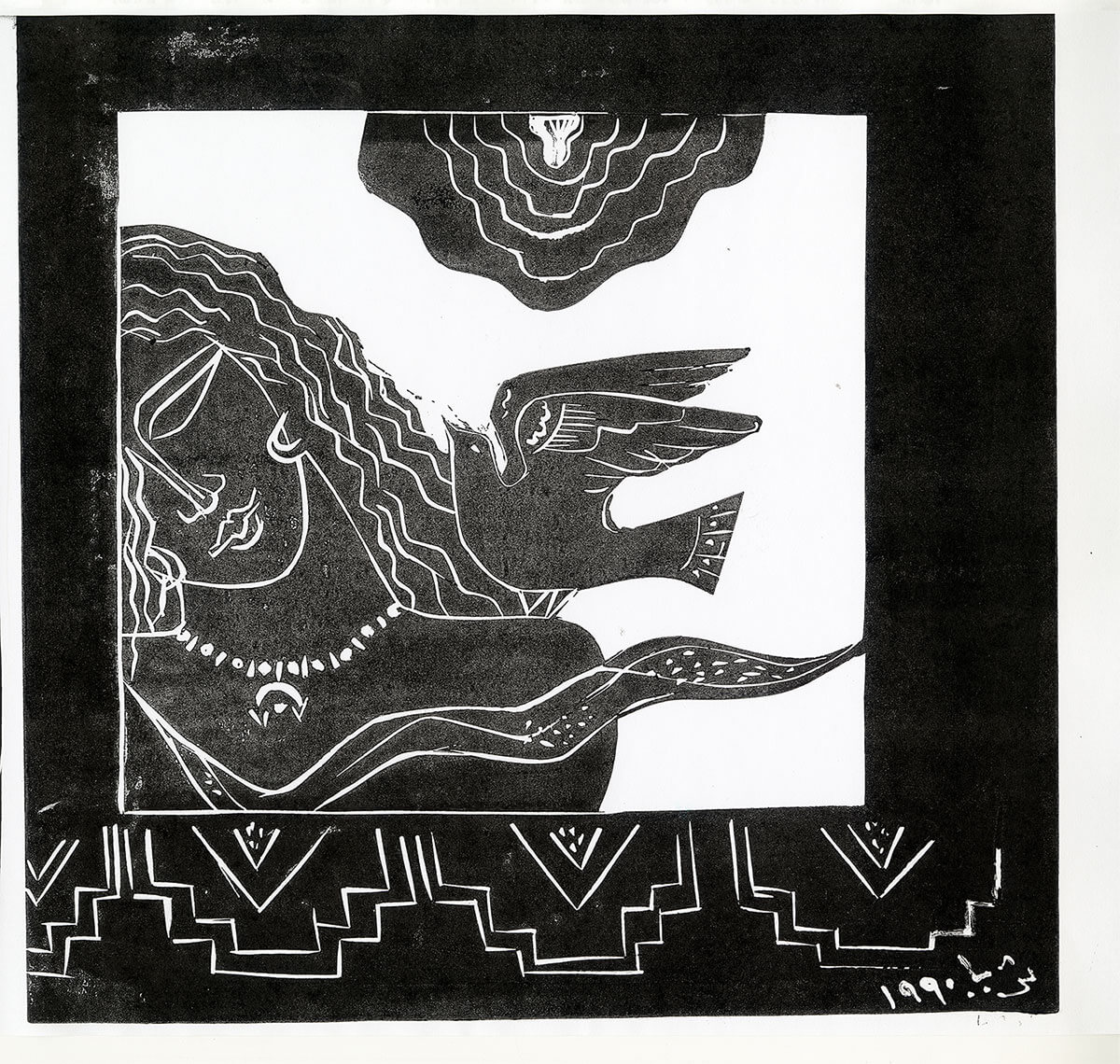 Japanese for otherworld, Isekai refers to a type of novel, film, anime, manga or video game in which the central characters are transported into a virtual universe, while the reader or audience follows the protagonist(s) as they discover a parallel world. Deeply influenced by the narrative and immersive aspects of video games, Al Qadiri conceives and composes music that explores cultural translation, mis-translation and re-interpretation across time and place. The exhibition presents most of Al Qadiri’s musical output, in chronological order, beginning with first releases, Ayshay (2010), Genre-Specific Xperience (2011) and Desert Strike (2012), followed by the artist’s first album, Asiatisch,—“a simulated road trip through an imagined China” released in 2014—and arrives in the present day with Medieval Femme (2021), a contemporary musical interpretation influenced by the poetry written by Arab women from the Middle Ages. The repertoire also includes Al Qadiri’s recent collaboration with film makers, presenting soundtracks for Mati Diop’s award winning feature film, Atlantique (2019) and Paco Plaza’s La abuela (2022). All together the exhibition spans nine releases and twelve years of experimentation with musical languages and the experiences that sound can generate.

FATIMA AL QADIRI (Dakar, 1981), is a Kuwaiti composer and artist, currently residing in Los Angeles. She has released music as a solo artist and as a member of the group Future Brown. Al Qadiri is also a founding member of the Gulf-based collective GCC, whose work has been exhibited at MoMA PS1, Fridericianum, Berlin Bienniale and Sharjah Art Foundation. In 2019 Al Qadiri scored the debut feature film Atlantique by director Mati Diop, which won the Grand Prix at Cannes Film Festival.