This content is part of the new digital section of the museum called VIRIDITAS, created to offer the public a tool to enrich their gaze towards the climate change. 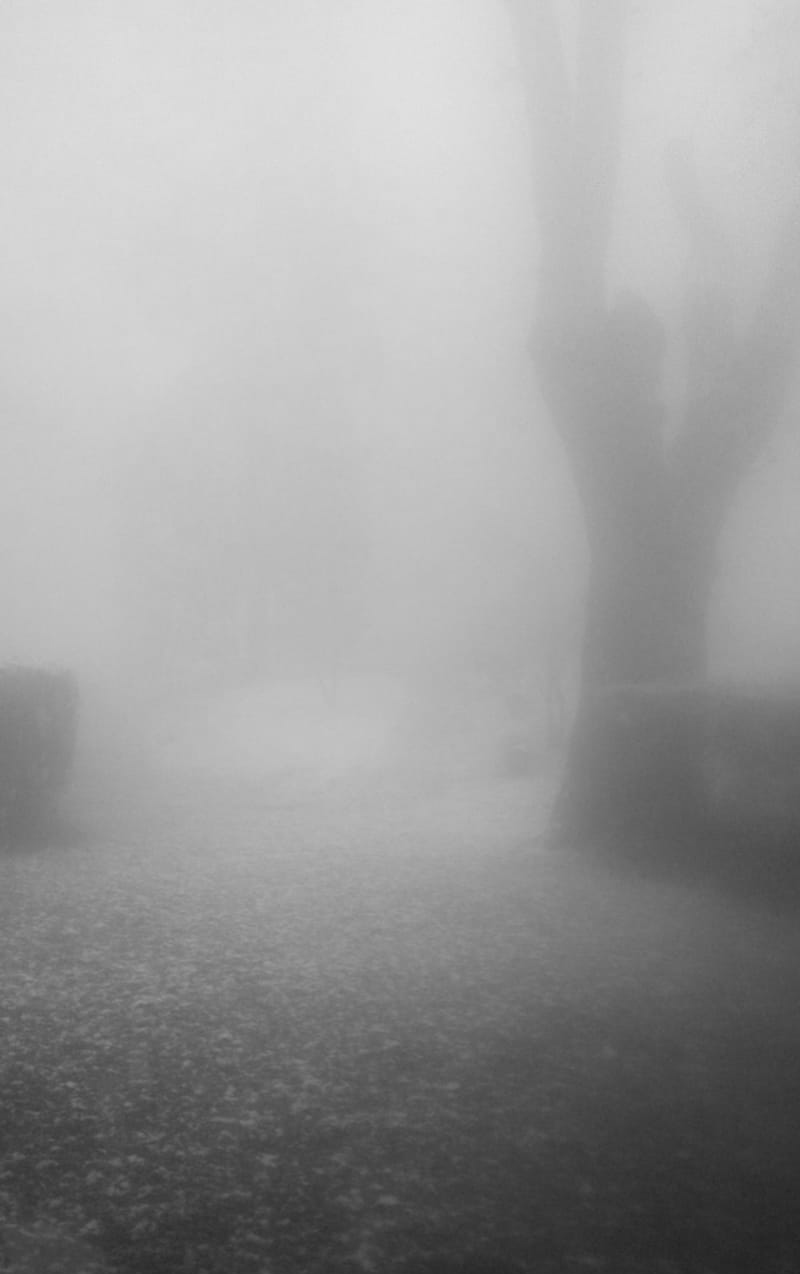 One of the effects at our latitudes of the climate change in progress is the striking decrease in the formation of fog, which was once an outstanding feature of the cold season in the Po Valley. Dense and milky, an enveloping cloak or a wall impenetrable to the gaze, like a blanket or a sea, the experience of fog in its various guises has always been associated in my mind with the landscape of my childhood: the plains of Castelnuovo del Vescovo, in the province of Cremona.

From our house, you could reach a vast garden – more like a “jungle” due to the quantity of trees and shrubs we had planted there over the years – by means of nine terracotta steps. A small stream separated the garden from the expanse of the surrounding fields.

On certain late summer mornings, then in fall and winter, and often well into the springtime, going down into the garden invaded by fog was like sinking into a big cottony sea.

All the botanical presences that had been glowing with light the day before, easy to discern and to name, suddenly seemed to be a single, indistinct damp mass.

The fog in the garden made you lose your bearings and your moorings to familiar reality, but it also allowed you to expand your perceptive capacities. Sounds seem to be muffled in the fog, sights lose their clarity, and the sense of smell is greatly intensified: also due to the intense humidity, in the fog plants release extraordinary aromas. That overall scent corresponding to leaves, branches, mushrooms and vital decay, also due to the presence of tall trees like oaks, mulberry trees and poplars, took on more precise forms. I was guided by the incense-like perfume of Escallonia illinita, the liquorice notes of Helichrysum italicum, the sweet smell of the yellow fruits of Poncirus trifoliata, the peanut scent of the rubbed leaves of Clerodendrum bungei, hints of mint and Geranium cantabrigiense, unleashed by the slightest touch.

The vegetation within reach thus seemed to be enlarged by a veritable sensorial lens.

Not without a struggle, various plants are adapting to climate change; but the olfactory complexity triggered by the fog will soon be just a memory for me, I fear, just a story I can tell to my daughter.

Marianna Merisi took a degree in Architecture at Politecnico di Milano, with a thesis on vacant lots in the city. After various experiences, most importantly with Cascina Bollate, the garden-nursery of the Bollate prison, she now works with Park Associati, where she concentrates on landscape design in continuous dialogue with architecture. Along with the design of green spaces, she conducts research in projects based on storytelling, scientific investigation and botanical illustration. Since 2019 she has created cover illustrations for the magazine Gardenia. She has published the book “VAGABONDE. Una guida pratica per piccoli esploratori botanici” with TopiPittori.