Mythology for the Soul: The Poems of Storm De Hirsch
A text by Stephen Broomer
16MM RUN

For the first appointment of 16MM RUN, the experimental film programme produced in collaboration with Villa Lontana, MACRO presents the introduction to the book Mythology for the Soul: The Poems of Storm De Hirsch (2018), written by Stephen Broomer, the curator of the event.

The book contains poems by one of the two protagonists of the first evening of screenings: Storm de Hirsch (1912-2000), an American poet and filmmaker who was a key figure on the avant-garde cinema scene in New York in the 1960s.

De Hirsch made poetry a preliminary form of expression, prior to any other creative experience, though she came to it somewhat later in life: her first book of poems was published when she was already 44 years old. Cinema came shortly thereafter, as a way to experiment with language and to investigate new modes of expression, already foreshadowed in a short interval of painting.

Her poetry is free, without direct ties to precise movements in the field. It stands out for the vivid sensuality conveyed by language, with references to ornithological and cabalistic imagery. Making their first appearance in the American postwar era, her verses are steeped in magic, ritual and enchantment, aspects that can be seen in connection with the mysticism of her subsequent filmmaking. 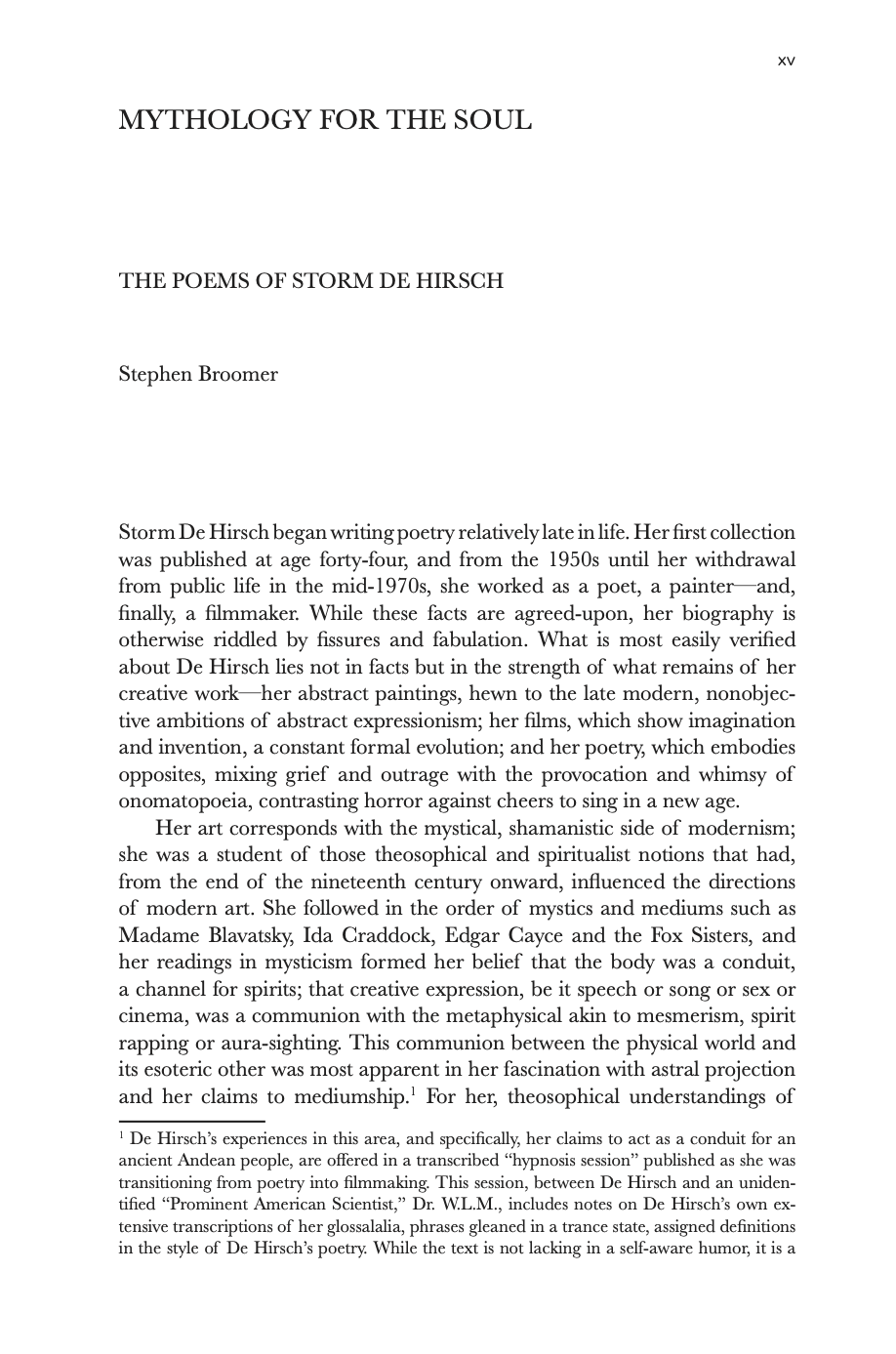 Stephen Broomer is a filmmaker and writer from Toronto, Canada. His books include Hamilton Babylon: A History of the McMaster Film Board (2016) and Codes for North: Foundations of the Canadian avant-garde film (2017). He is also the host of Art & Trash, an ongoing series of video essays on underground cinema.