In the context of Memoria Genera Futuro, the programme of Roma Capitale for Remembrance Day 2022, I make a tribute to Lorenza Mazzetti, the Italian director and writer who witnessed the murder of part of her family by German soldiers, in what is tragically known as the Strage di Rignano (1944).

The tribute is composed of biographical notes and various images. In order, we see the cover of the first edition of the book Il cielo cade by Mazzetti, published by Garzanti in 1962; its front inner flap; the reissue by Sellerio in 1993; the dedication to Mazzetti’s murdered relatives, contained therein. In conclusion, we see two images from a photo feature shot in Lorenza’s home at the time of the assignment of the Premio Viareggio 1962.

There is a fact that bears consideration regarding the two editions: in the first, published by Garzanti, the story appears to be fiction; it is only in the reprinted version released by Sellerio in 1993 that we discover its full reality, since it is here that the dedication to the aunt and cousins with the surname Einstein, massacred by the Nazis before Lorenza’s eyes, appears for the first time.

Special thanks should be extended to Giuseppe Garrera, musicologist, art historian, collector and curator of the project A WORK of the MACRO, who has generously provided the materials to follow. 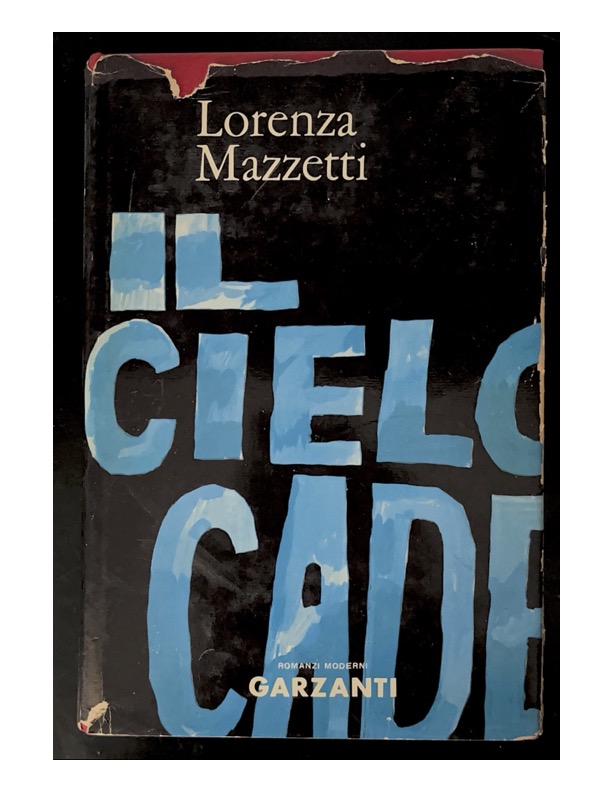 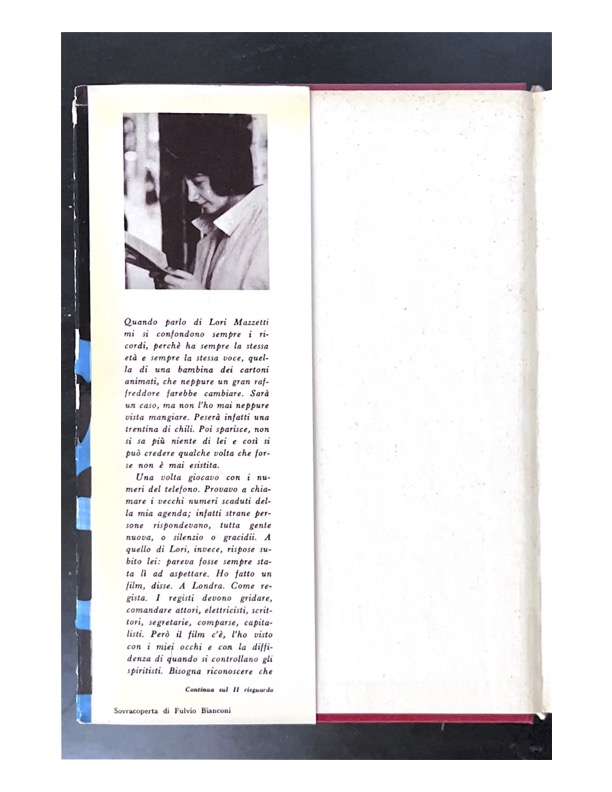 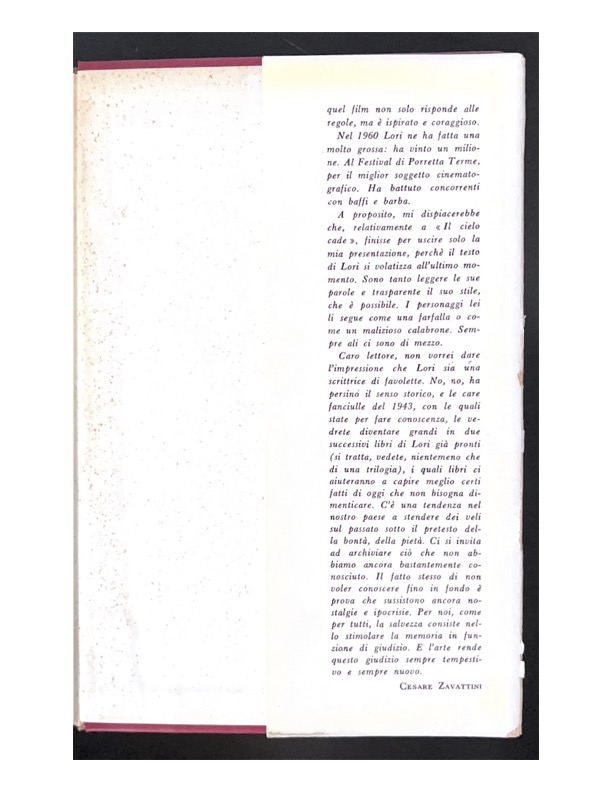 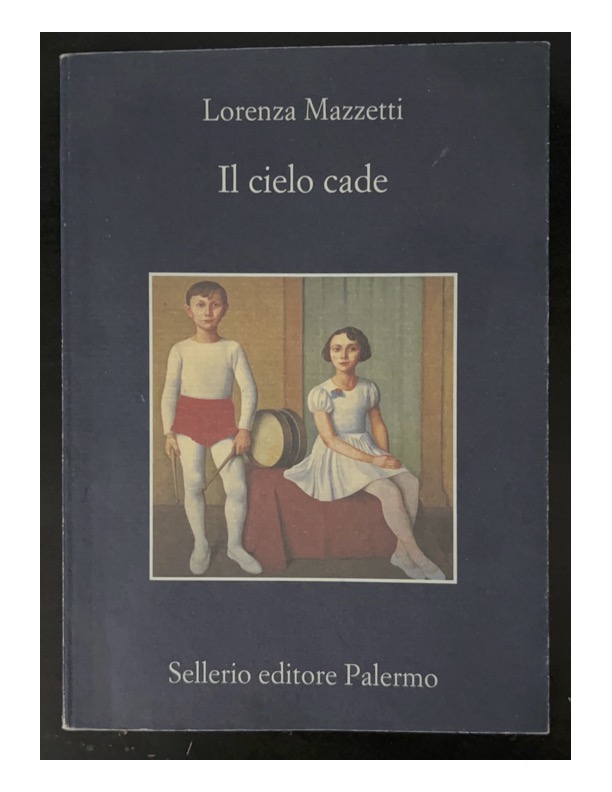 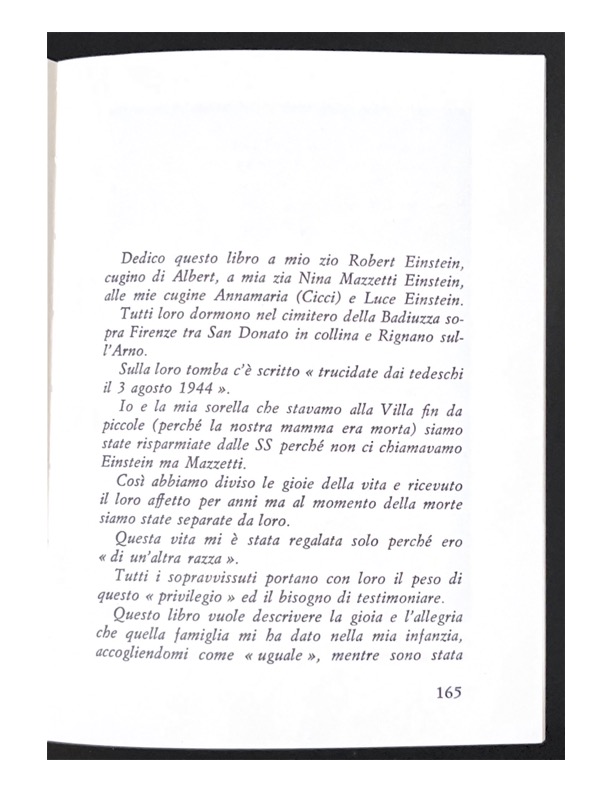 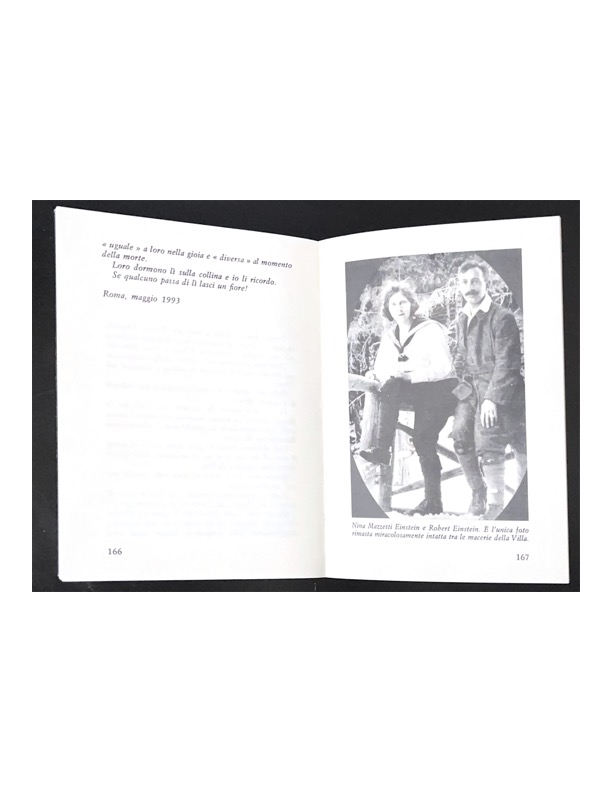 Lorenza Mazzetti was born in Rome in 1927, together with her twin sister Paola. When they remained orphans an aunt, the father’s sister Cesarina Mazzetti (known as Nina) decided to take them in, welcoming them to the beautiful estate at Rignano sull’Arno with her husband Robert Einstein, cousin of Albert Einstein, and their two daughters Annamaria and Luce. This led to a period of great happiness in this newly assembled family, until in 1944 two German officers arrived at the villa, looking specifically for Robert Einstein. Nina had the presence of mind to say that her husband was not at home, and then convinced him to flee into the forest.

When the Germans returned on 3 August 1944 and failed to find Robert, they killed his whole family in what is still known today as the Strage di Rignano: the victims were Cesarina, Annamaria and Luce. The Mazzetti twins were spared because they did not have the Einstein surname, but they witnessed the killing and were marked by this experience for the rest of their lives. Their uncle, who had been hiding in the woods, was overwhelmed by grief and committed suicide. 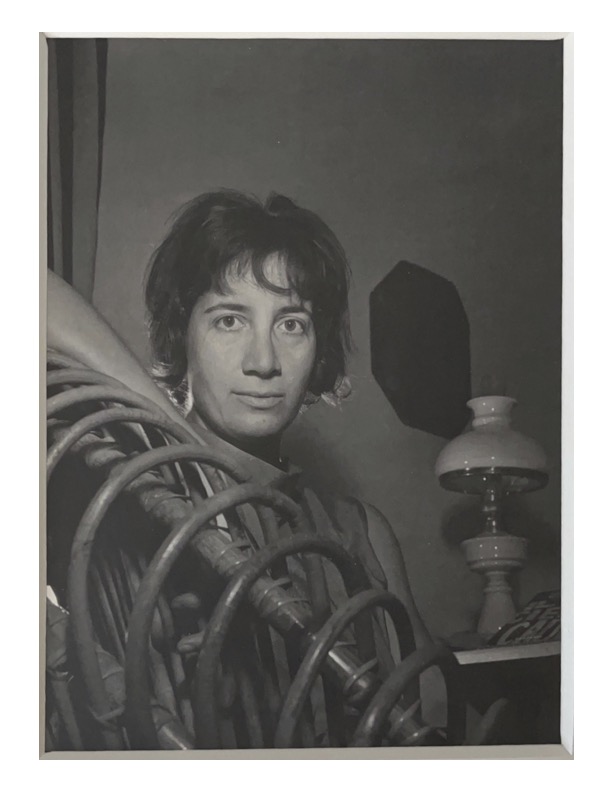 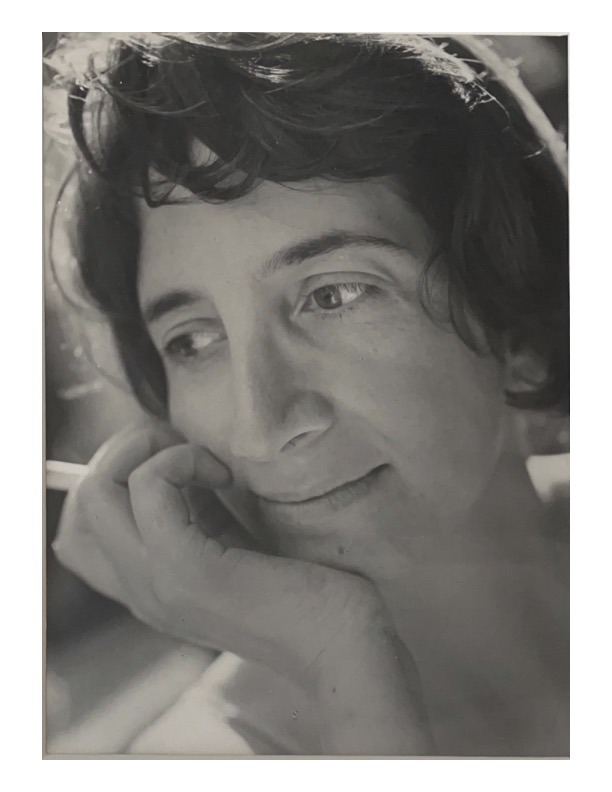 The most plausible reason behind the massacre was that Hitler wanted to indirectly strike out at the great scientist Albert Einstein, who had fled to America due to the rise of Nazism and had become a symbol of its opposition.

After graduating from classical high school, in an attempt to distance herself from the terrible memory of the tragedy Lorenza Mazzetti moved to London, but from Italy her sister soon informed her that their legal guardian had squandered their inheritance and left them destitute. Lorenza thus began to work as a dishwasher and waitress. She discovered the Slade School of Fine Art of the University College London, but could not afford the tuition; for three days she slept with her drawings outside the entrance to the office of the school’s director, demanding a critical assessment. After being accepted as a student, one day she illegally obtained the means necessary to make a film she had dreamt of for some time, with the title K, based on Kafka’s Metamorphosis. It was a great success, astonishing the entire school; it was followed by another cult film, Together, and foreshadowed the creation of the “Free Cinema Movement” with the filmmakers Lindsay Anderson, Karel Reisz and Tony Richardson, in favour of an independent, “angry” cinema free of commercial constraints.

During a stay in Italy to visit her sister, she was overwhelmed by atrocious memories and fell into deep depression, suffering from insomnia and recurring nightmares. The writing of Il cielo cade became a sort of therapy, and when it was published in 1962 the book won the Premio Viareggio, thanks to the enthusiasm of Cesare Zavattini and the help of Attilio Bertolucci.