All Capitals: Roman Variations.
Set in Stone by Julia Born, Writ on Water by Michel Auder
Screening and conversation curated by Adam Szymczyk

In keeping with Julia Born’s analysis of the city’s multifaceted fabric through the lens of wall inscriptions found in urban space, the epic travelogue Roman Variations (1991) by a French artist Michel Auder—known for his pioneering use of video in his montages of diaristic fragments that mix various characters, multiple locations and crisscrossing timelines—will be screened in Born’s exhibition All Capitals in the IN-DESIGN room. 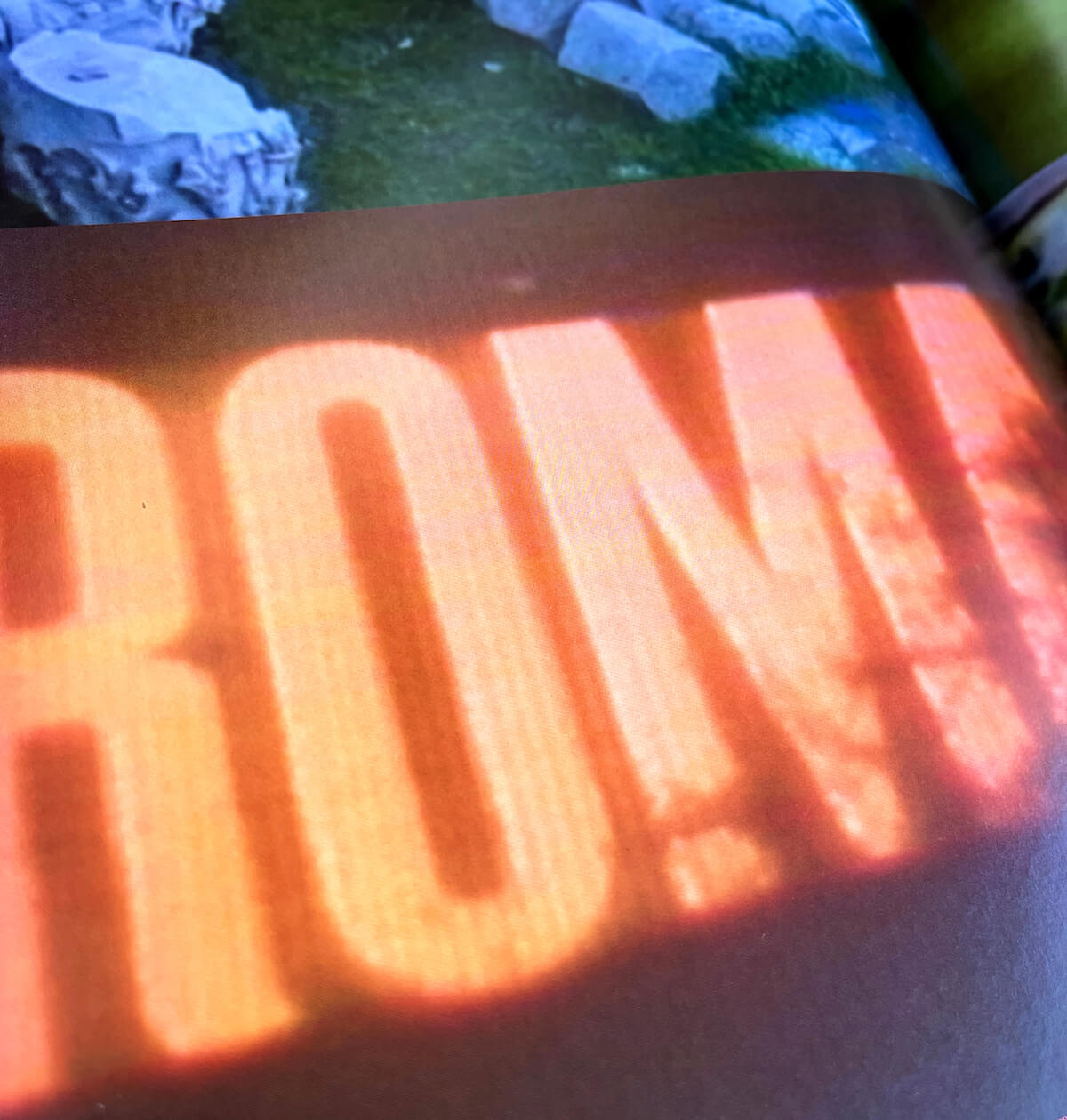 A fleeting presence of moving image adds another, changing layer to the official inscriptions, advertising signs, anonymous scribbles and imprints from different eras in Rome’s history that Julia Born located in course of her research and transferred to walls of the gallery. Likewise, Auder’s homage to Rome’s decadence and splendor was realised during the artist’s one-year residency in the Italian capital—both works were made of perceptions gathered in situ.

In Auder’s film, the city is captured from different angles and perspectives by a sophisticated eye: the camera connects the monuments of Rome and its everyday life with cheap erotica filmed directly from the TV screen at the dawn of the Berlusconi era. The screening will be followed by a conversation between Julia Born and curator Adam Szymczyk. Together with the writer and editor Quinn Latimer, Auder, Born and Szymczyk realized the book Stories, Myths, Ironies, and Other Songs: Conceived, Directed, Edited, and Produced by M. Auder (Kunsthalle Basel/Sternberg Press, 2014), which also includes a catalogue raisonné of Auder’s video works edited until 2014.

ADAM SZYMCZYK (1970) is a curator, editor and author based in Zurich. He was artistic director of documenta 14 in Athens and Kassel between 2013 and 2017 and served as director and chief curator of Kunsthalle Basel between 2002 and 2014. At present, he is curator-at-large at the Stedelijk Museum Amsterdam. In 2022, he co-founded Verein by Association in Zurich, with the aim to initiate and realise exhibitions, publications and other public projects in the realm of contemporary culture.

MICHEL AUDER is a French artist who has been living in New York since 1969—after a spell in Paris, where he began to make films. Working from New York and internationally, he authored more than 550 works, using all moving image technologies of the times and all means available. His first video camera was Sony PortaPak and recently he has been filming mostly with his phone. Auder keeps busy with his immense and growing archive of video recordings and still images, editing timeless and radically contemporary works that mix memories of revisited visual material with desire for making new pictures. He showed his works in cinema screenings and exhibitions. Among his recent shows, Auder’s multi-channel video and sound installation The Course of Empire was commissioned by documenta 14 (2017); he held a solo show Dreams That Money Cant Buy at Karma International in Zurich (2021), and screened The Heads of Town (2011), Gemälde II (2016) and Several Perceptions (2022) in the official competition of St. Moritz Art Film Festival this year.