Sharp Smile is an exhibition project conceived for MACRO by artist Eva Barto (1987) to unfold with and in contrast to its counterpart in Paris, the show Weak Tongue at Le Plateau – Frac île-de-France. Both exhibitions, which take place one after the other, continue and expand Barto’s research into the relationships that govern the codes of property and production, and in particular into the legal and economic infrastructures that regulate liaisons of philanthropy and patronage in the contemporary artworld. 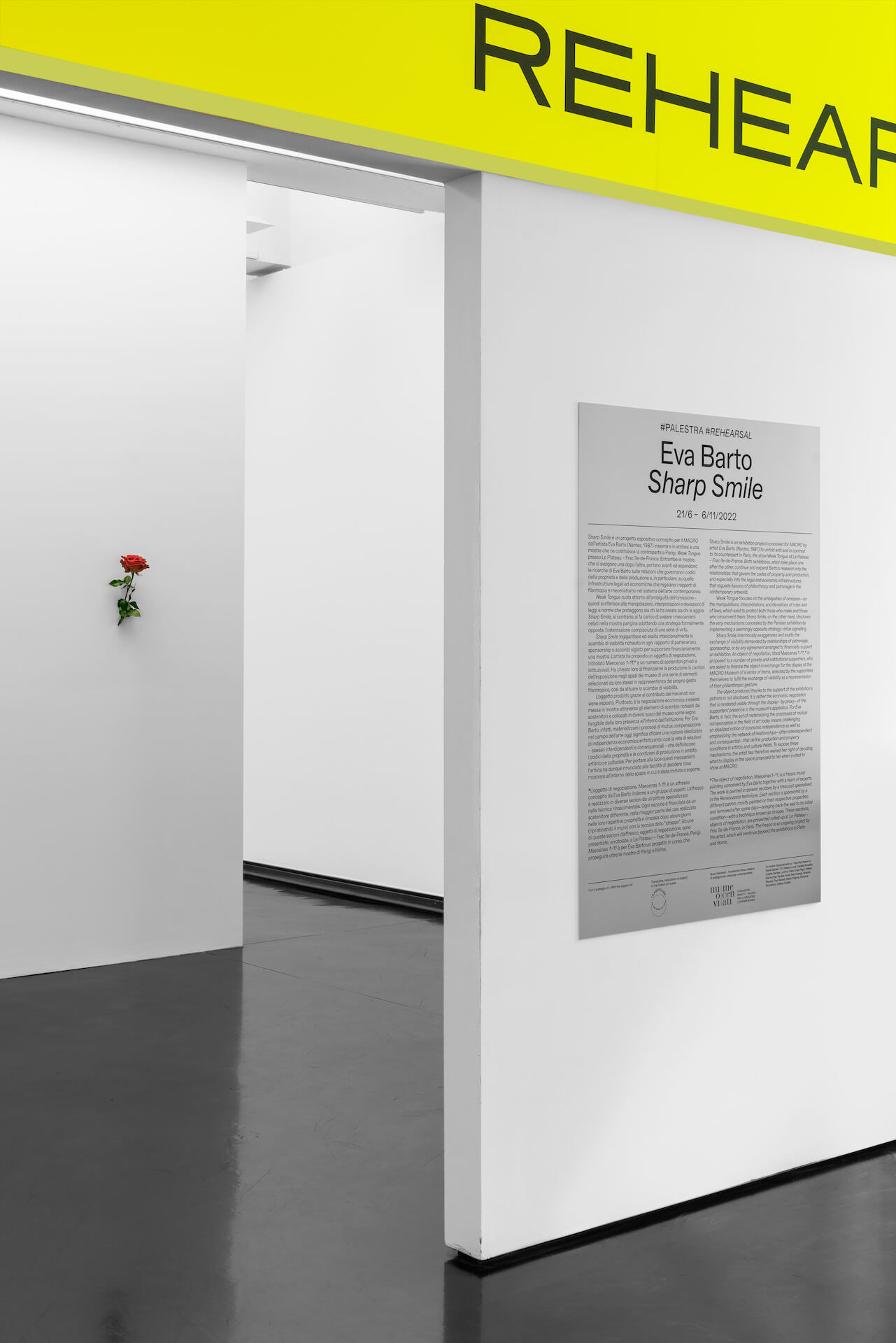 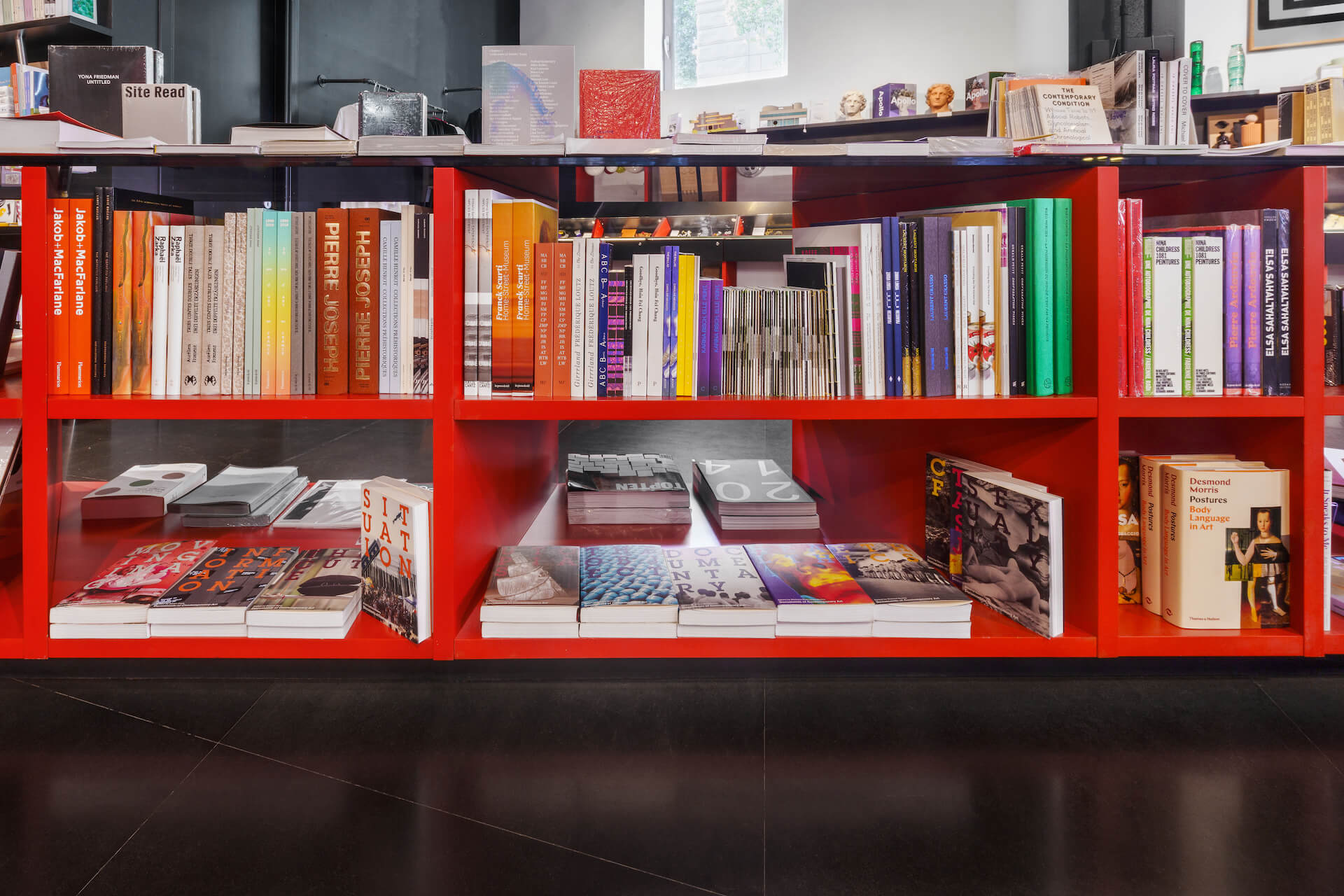 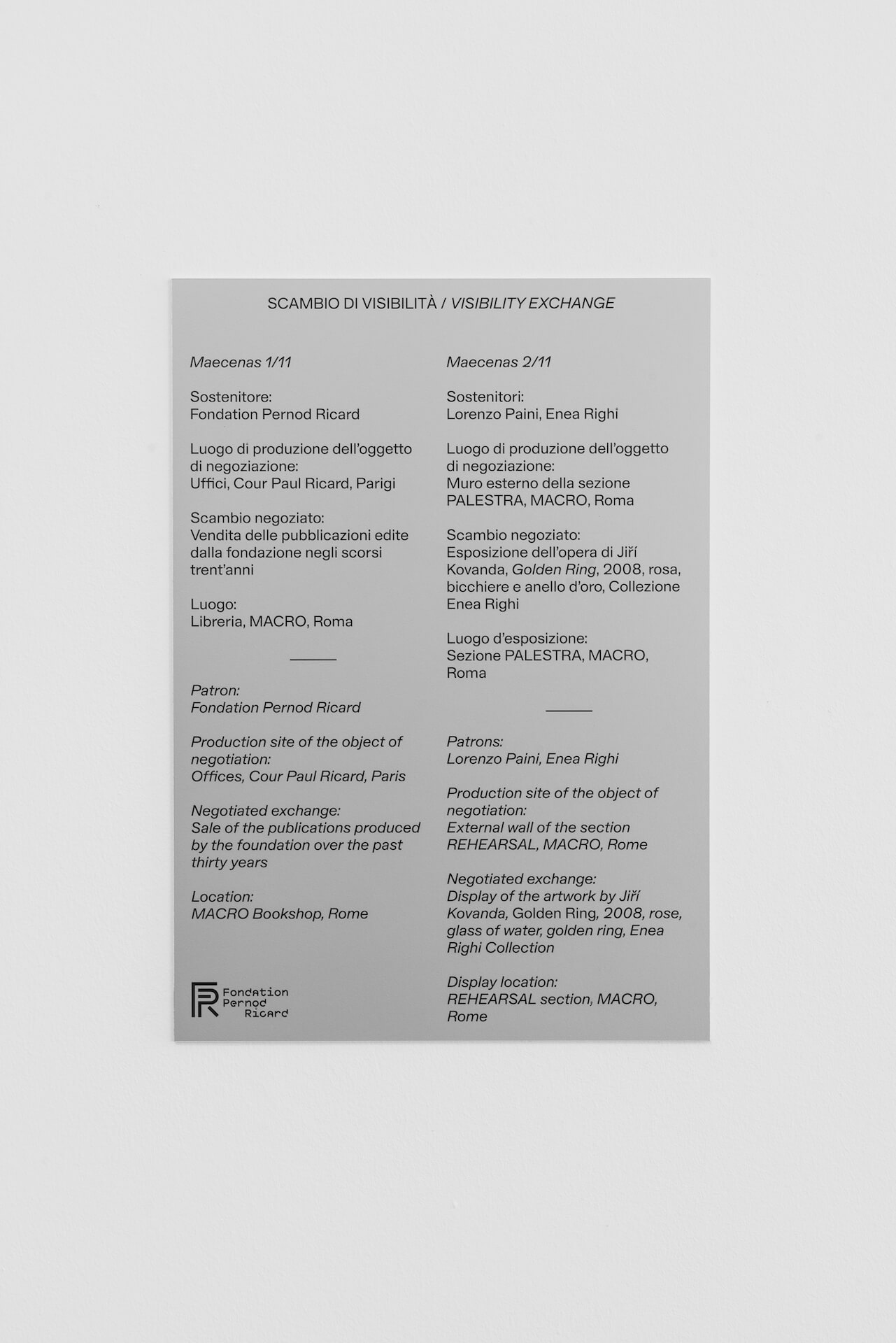 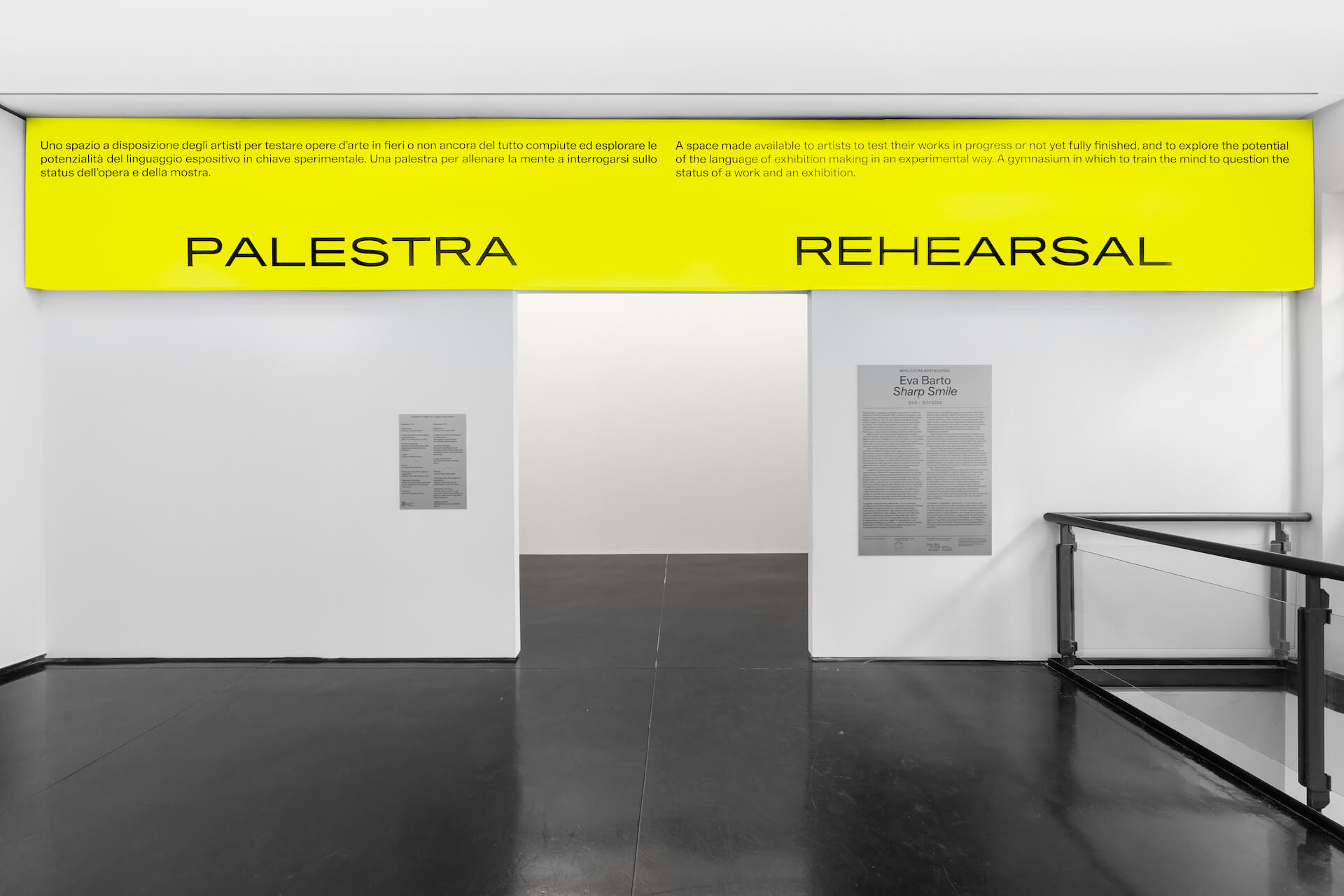 Weak Tongue focuses on the ambiguities of omission—on the manipulations, interpretations, and deviations of rules and of laws, which exist to protect both those who make and those who circumvent them. Sharp Smile, on the other hand, discloses the very mechanisms concealed by the Parisian exhibition by implementing a seemingly opposite strategy: virtue signalling.

Sharp Smile intentionally exaggerates and exalts the exchange of visibility demanded by relationships of patronage, sponsorship, or by any agreement arranged to financially support an exhibition. An object of negotiation, titled Maecenas 1–11,* is proposed to a number of private and institutional supporters, who are asked to finance the object in exchange for the display at the MACRO Museum of a series of items, selected by the supporters themselves to fulfil the exchange of visibility as a representation of their philanthropic gesture.

The object produced thanks to the support of the exhibition’s patrons is not disclosed. It is rather the economic negotiation that is rendered visible through the display—by proxy—of the supporters’ presence in the museum’s apparatus. For Eva Barto, in fact, the act of materializing the processes of mutual compensation in the field of art today means challenging an idealized notion of economic independence as well as emphasizing the network of relationships—often interdependent and consequential—that define production and property conditions in artistic and cultural fields. To expose these mechanisms, the artist has therefore waived her right of deciding what to display in the space proposed to her when invited to show at MACRO.

The exhibition is promoted by Roma Culture

With the support of

Trampoline, Association in support of the French art scene.

Negotiated exchange: publications produced by the Foundation over the past thirty years

Production site of the object of negotiation: external wall of the section REHEARSAL, MACRO, Rome

* The object of negotiation, Maecenas 1–11, is a fresco mural painting conceived by Eva Barto together with a team of experts. The work is painted in several sections by a frescoist specialised in the Renaissance technique. Each section is sponsored by a different patron, mostly painted on their respective properties, and removed after some days—bringing back the wall to its initial condition—with a technique known as strappo. These sections, objects of negotiation, are presented rolled-up at Le Plateau, in Paris. The fresco is an ongoing project by the artist, which will continue beyond the exhibitions in Paris and Rome.

EVA BARTO (Nantes, 1987) is an artist based in Paris. Her work has been presented in several solo exhibitions in galleries and international art institutions, including Villa Arson (Nice, 2016), Kunstverein Nürnberg and Künstlerhaus Stuttgart (Nuremberg and Stuttgart, 2021), Le Plateau – Frac île-de-France (Paris, 2022). It has also been presented at Kadist Foundation (Paris, 2016), Fondation Pernod Ricard (Paris, 2017 and 2019), Wattis Art Center (San Francisco, 2017), and Secession (Vienna, 2018). She has been awarded the Etant Donné fellowship in collaboration with SculptureCenter, New York, where she will continue her ongoing research on legal loopholes in September 2022. In 2016, Barto founded the editorial project Buttonwood Press. She is among the co-founders of the art workers’ rights collective La Buse and co-hosts the show ForTune on *Duuu Radio. Since 2019, she has been teaching at the École nationale supérieure des beaux-arts in Lyon.

The exhibition has been realized with the support of: Trampoline, Association in support of the French art scene; Nuovi Mecenati – Fondazione franco-italiana di sostegno alla creazione contemporanea.