As part of The Orbzerver, the exhibition dedicated to the work of Jamaican artist and musician Lee Scratch Perry, Jamaican poet and essayist, Ishion Hutchinson, will be reading from his poetry collections and poems inside the exhibition space. The poet, whose work is influenced by and in direct communication with Perry’s work, has also conceived an installation which is part of the show. 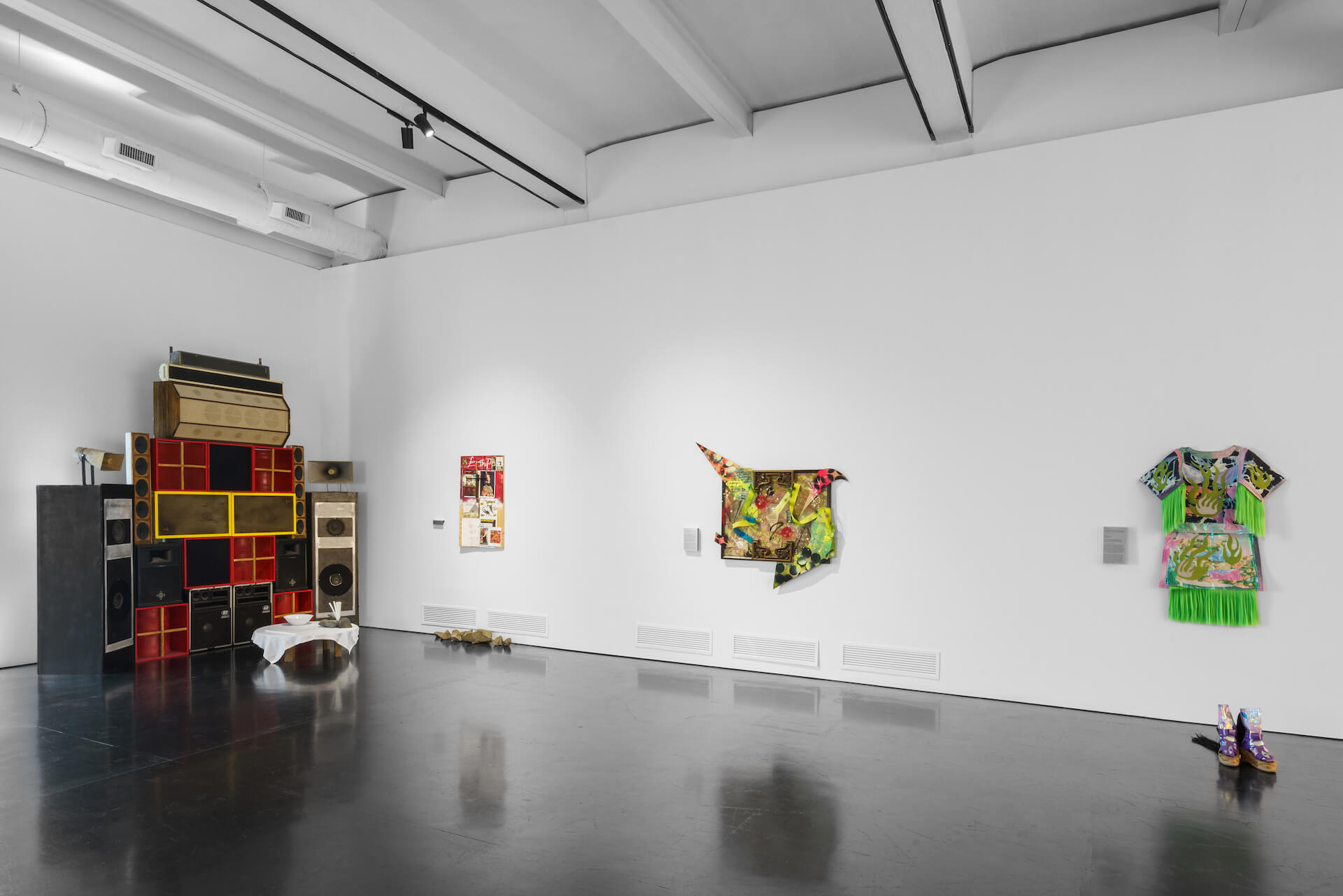 Circle is a sculpture made up of speakers, inspired from self-built sound systems such as those that emerged in Jamaica starting in the 1940s. Installed in open air locations across the island, these were, and are, the main conveyors of music, and in particular Jamaican popular music.

Resembling monuments cut roughly out of mountains and left hovering above ground, their sounds draw people from all walks of life together, creating a place for ceremony. During Lee Scratch Perry’s early days as a producer he was also a sound system operator, a form of conscious work which can have unanticipated results with given environmental conditions determining how the sound will travel.

Ishion Hutchinson sees a testimony of Jamaican ingenuity and emancipation in the form (and agency) of the sound system. The Jamaican poet is the author of two poetry collections, Far District (2010) and House of Lords and Commons (2016).

The work is accompanied by Hutchinson’s 2017 poem, The Ark by “Scratch”, which takes the form of an offering placed in front of the sculpture.