Dune. Scritture su moda, progetto e cultura visuale is a biannual, bilingual journal which welcomes scholarly contributions through regular open calls. It is a space for reflection and for theoretical and visual critique, manifesting the interests, writing styles and ideas  of the research team of the fashion degree courses at Iuav University of Venice. The upcoming fifth issue investigates the word “shortcut”, understood as a form of design methodology, but also as an attitude of resistance with respect to mainstream system. 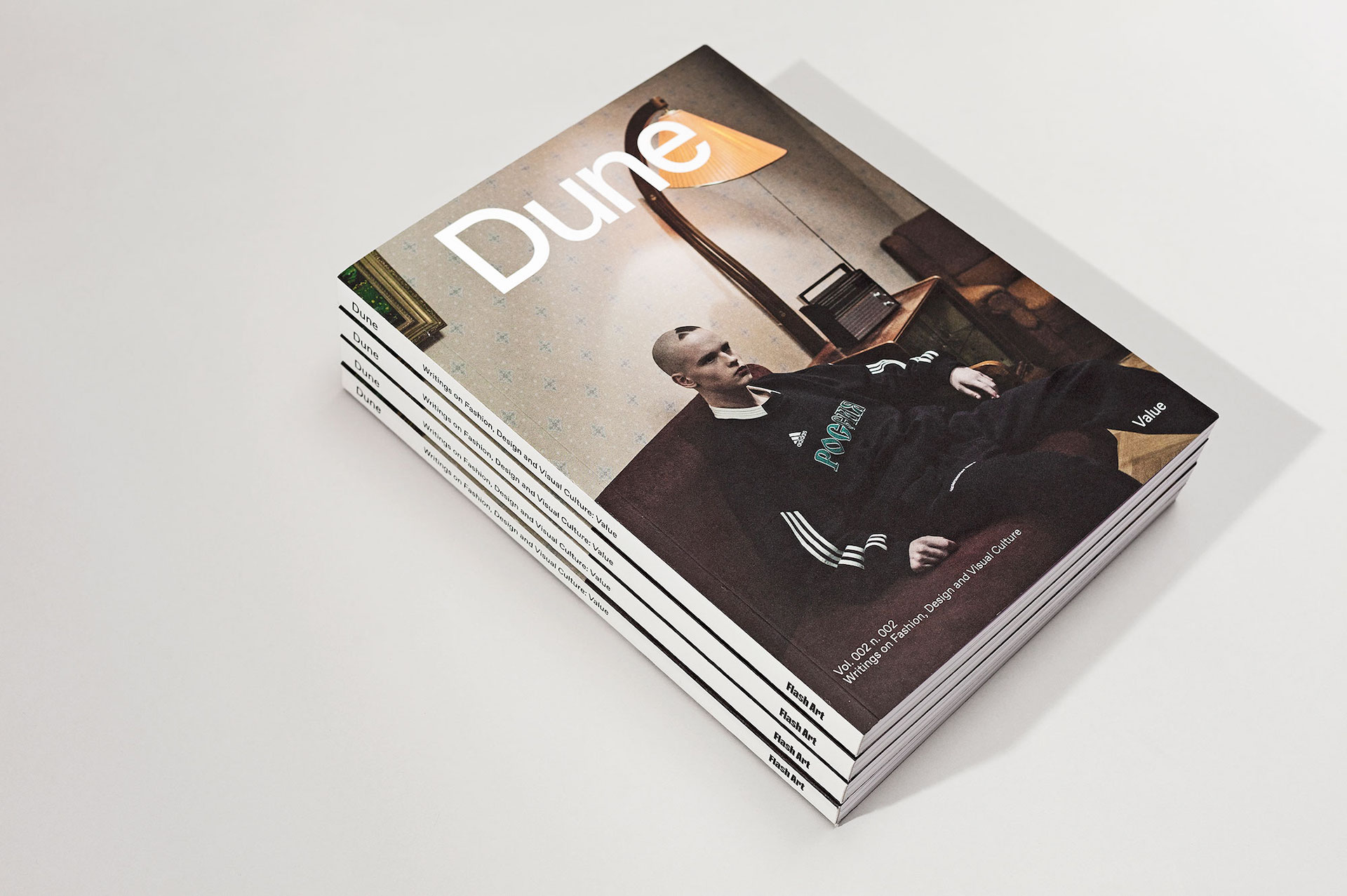 A conversation between Maria Luisa Frisa, director of the journal, and Luca Lo Pinto, will be followed by a reading by performer Silvia Calderoni. The event is centered around a text by Cinzia Ruggeri published in the second issue of Dune, as the starting point for Elena Fava’s contribution L’Uomo nuovo di Cinzia Ruggeri. The text was sent by the artist, fashion designer and designer to the author by fax on 1 February 2008.

The event will take place on the roof of the Auditorium.

Maria Luisa Frisa, fashion theorist and curator, is full professor at the Iuav University of Venice, where she founded the degree course in Fashion Design and Multimedia Arts. She is the director of the academic journal Dune: Writings on fashion, design and visual culture. Her most recent projects include: the exhibition and book Italiana. L’Italia vista dalla moda 1971-2001 (Milan, Palazzo Reale, 2018) and Memos. A proposito della moda in questo millennio with Judith Clark (Milan, Museo Poldi Pezzoli, 2020).

Silvia Calderoni is an actress, performer and author. She trained artistically from a very young age with choreographer Monica Francia and with the theatre company Teatro della Valdoca, performing in several productions including Paesaggio con fratello rotto. Since 2006, she has been an active member of the Motus company and has performed in many shows including Alexis. Una tragedia greca, nella tempesta, Tutto brucia and MDLSX for which she also wrote the dramaturgy. She has starred in The Plot is the Revolution alongside Judith Malina, founder of the Living Theatre. In 2022 she will be on the theatre stage again with Valdoca with Enigma. Requiem for Pinocchio. In 2009 she was  awarded Ubu Prize for Best Actress Under 30 for her roles in Kaspar in La leggenda di Kaspar Hauser, a cult film directed by Davide Manuli (2012), and Last Words (2020) by Jonathan Nossiter and in Non mi uccidere (2021) by Andrea De Sica.  She is an associate artist of Queering Platform of the Kowloon Cultural District in Hong Kong and has been the protagonist of several advertising campaigns of the fashion brand Gucci. She has been running, since the past few years, a joint project with Ilenia Caleo, bordering between artistic residencies and research ateliers. From 2018 to 2021 they were lecturers at IUAV in Venice in the Visual Arts Workshop. After the Biennale College Teatro 2018 workshop, they started KISS, a performative project with 23 performers, produced by Santarcangelo Festival, CSS Udine, Motus. For the Queering Platform in Hong Kong they curated together the nomadic project SO IT IS. In 2021 they were part of Flu水o, a collective and cross-disciplinary project which won the 9th Edition of the Italian Council (2020).