MACRO presents Bootlicker Suite, an augmented reality (AR) exhibition for mobile devices from American sculptor Darren Bader. The exhibition is part of the Museum for Preventive Imagination’s SUPPLEMENT section. The public will be able to activate all 11 AR sculptures via poster-hosted QR codes displayed at a variety of sites throughout the participating cities.

Beginning in Rome on April 12, the exhibition will migrate up and down the Italian peninsula, expanding to: Galleria Franco Noero in Turin; MEGA in Milan; bruno in Venice; Fondazione Morra Greco in Naples; all from April 19. 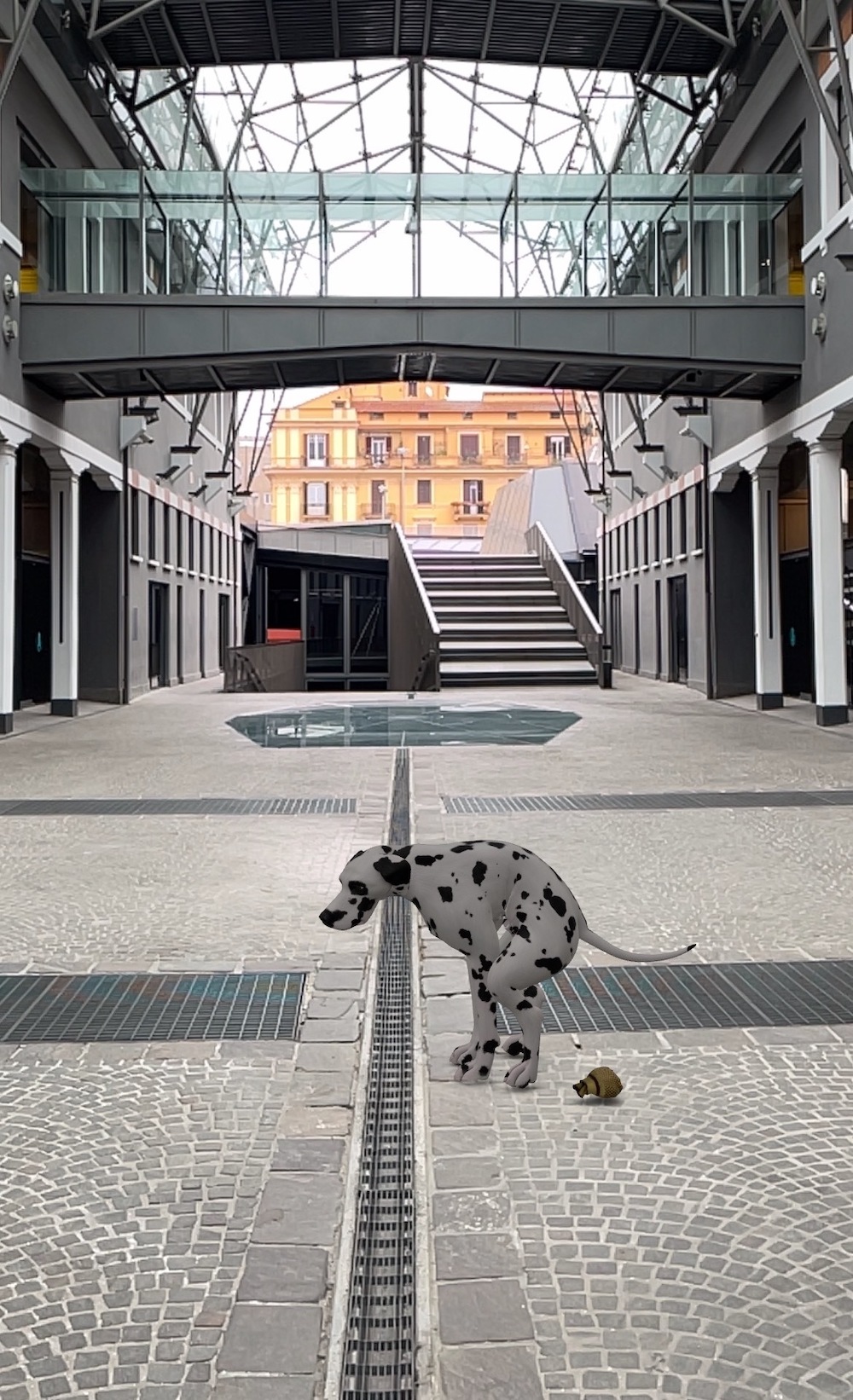 · A man (generally thought to be in his 30s) known to travel the world. Most commonly seen in cities.

Scott Mendes was last sighted on the Italian peninsula in 2018. In fact, it was in July of 2018, preparing for the 2019 Venice Biennale, that Darren Bader encountered Mendes in Campo Santo Stefano. Mendes was selling watercolor sketches of his Venetian “Nocturnes”. Bader’s mind was blown—he immediately purchased all eighteen watercolors.

From these, he began working to bring these Mendesian visions — these Nocturnes — to life for the upcoming Biennale. Bader determined AR to be the ideal medium for this, and worked closely with an animation team to create the best mobile AR possible. Alas, when the Biennale opened, the AR sculptures were nowhere to be seen — the tech requirements were too unwieldy. Bader had no choice but to take his Scott Mendes (Mendes Mundi) project underground.

Two years later, under the auspices of MACRO (alongside Fondazione Morra Greco, Galleria Franco Noero, MEGA, and bruno) Bader and Mendes return to Italy to premiere Bootlicker Suite, an AR experience for mobile devices. Bootlicker Suite posters can be found throughout Rome, Turin, Milan, Naples and Venice. Scan the poster’s QR code and the AR character library will open! Select a character and enjoy!