Dreaming Alcestis is a new experimental, immersive installation by artist Beatrice Gibson, co-directed by her partner Nick Gordon and co-written by Maria Nadotti. At MACRO it will be installed for the duration of a single sleep cycle in the auditorium. 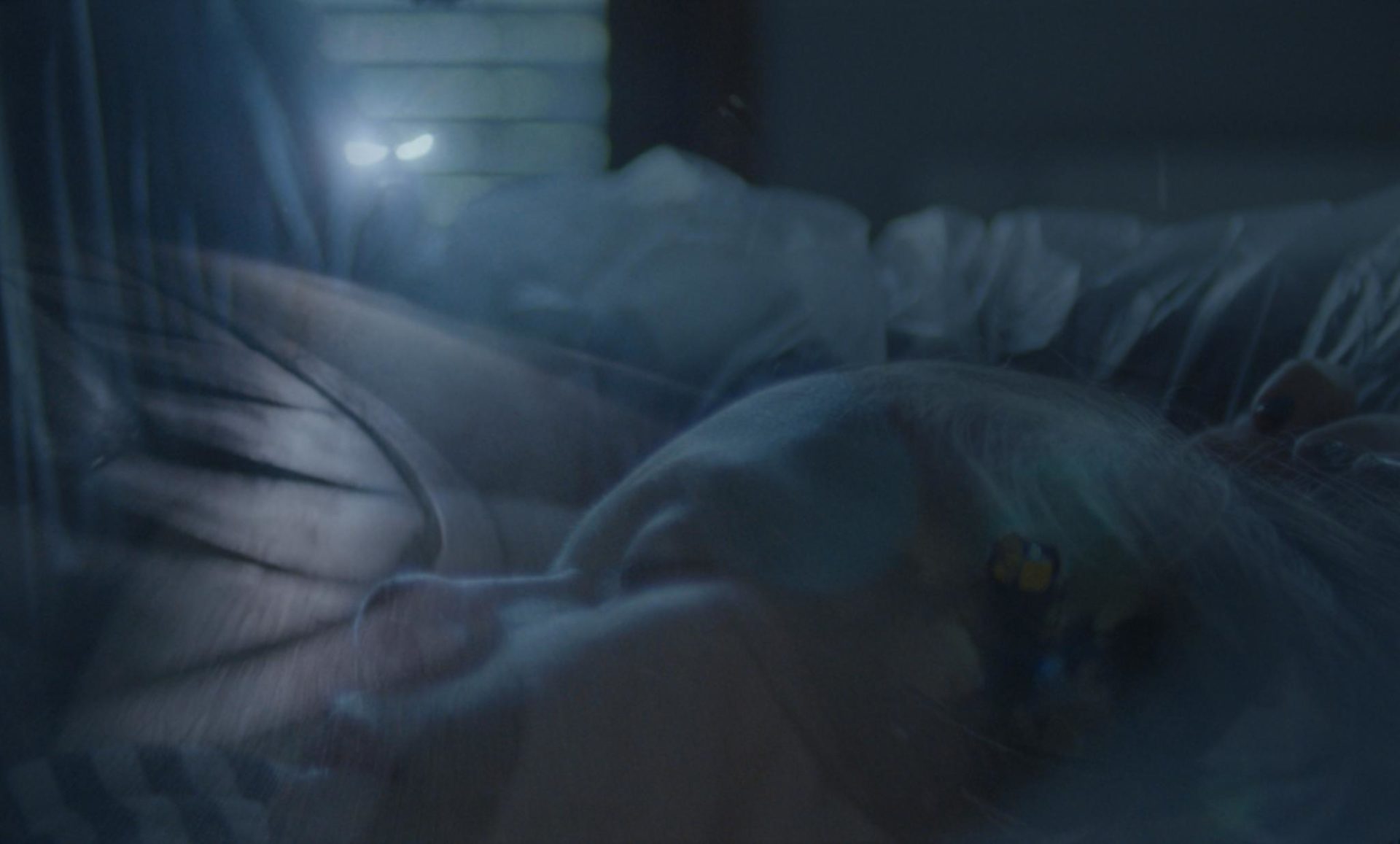 A poetic rumination on living and dying in a time of plague and displacement, Dreaming Alcestis excavates Euripides’s ancient protagonist as ancestral guide, documenting through dream life Gibson and Gordon’s relocation from post-Brexit Britain to the Mediterranean. Two characters, collectively dreaming a long-dead queen (or perhaps, being dreamt by her) are captured in long-held shots, as if in real time, refracted holographically and infused and interrupted by the sounds of the city and the sea.

In Gibson’s words ‘2,500 years after her birth, Euripedes’ Alcestis, a mysterious Lynchian figure, returns from the underworld, dreamt by a man and a woman who have traversed Europe in search of her, from North to South, their family in tow. Meanwhile, the ice caps melt, 43 wars rage across the globe and another city burns on TV’.

The work will be installed in the auditorium, 12 to 6 pm and will be followed by a conversation between the artist and curatorial duo Francesco Urbano Ragazzi.

Dreaming Alcestis, the holographic version, is currently on view, as part of Dream Gossip, a solo show dedicated to Gibson, at Ordet Milan.

The event is part of the project Alkestis, promoted by Museo Civico di Castelbuono, winner of the 10th edition of the Italian Council 2021.

Dreaming Alcestis is commissioned by the Museo Civico of Castelbuono (Palermo) and Southbank Centre’s (London) Hayward Gallery Touring for British Art Show 9, and supported by the Italian Council (X edition, 2021), programme to promote Italian contemporary art in the world by the Directorate-General for Contemporary Creativity of the Italian Ministry of Culture. The film is produced by Okta Film, with the support of ICONOCLAST and Somesuch. After its premiere at the British Art Show 9 in Plymouth, Dreaming Alcestis was presented for the first time in Italy at the Ordet space in Milan, as part of the solo exhibition dedicated to Beatrice Gibson entitled Dream Gossip, on view until 15 February 2023.

In April 2023, the film will enter the permanent collection of the Museo Civico di Castelbuono and be presented in a exhibition and will be accompanied by a public programme curated by Maria Rosa Sossai and Beatrice Gibson, promoted by the Museum in collaboration with the Department of Psychological, Pedagogical, Exercise and Education Sciences and the University of Palermo’s Centro Servizi Sistema Museale di Ateneo, the Polis Center of Castelbuono and Nuova Orfeo. A book dedicated to the project will be published by Lenz Press, in 2023.

Born in London in 1978 and based in London and Palermo, BEATRICE GIBSON is an artist and filmmaker. Her works have been shown in film festivals around the world, including Cannes, Toronto, London, New York and Oberhausen. She has won the prize for best short film at the Rotterdam International Film Festival twice, in 2009 and 2013. She has been nominated twice for the Jarman Award for Artist’s Film, in 2013 and 2019 respectively. In 2015 she won the Baloise Art Prize, Art Basel and most recently was the recipient of the Marian McMahon Akimbo Award for Autobiography in 2019. She has recently had solo exhibitions at Camden Art Centre, London (2019), Bergen Kunsthall (2019), Mercer Union, Toronto (2019) and KW Institute for Contemporary Art, Berlin (2018). She is currently working on her first feature film with BBC films.

FRANCESCO URBANO RAGAZZI  is a curatorial duo founded in Paris in 2008. They have developed an extensive range of production strategies and invented exhibition formats working closely with pioneers such as Jonas Mekas, Kenneth Goldsmith, Jennifer West, Miltos Manetas, Cheryl Donegan, Haroon Mirza, Pauline Curnier Jardin, and others. Establishing new alliances between art and reality, the team has not only operated in museums and academic contexts but also in a wide variety of physical and mediatic spaces. In 2012 they curated Io Tu Lui Lei, the first institutional exhibition about the cultural legacy of LGBTQ+ movements in Italy, with the support of the National Ministry of Equal Opportunities. Since 2017 the team has directed the archive of feminist artist Chiara Fumai, also organizing the main retrospective exhibition of her work and comprehensive publication. In 2021, the duo co-edited FUORI!!! 1971-1974 (Nero Editions), an award-winning anthology dedicated to the first LGBTQ+ magazine in Italian history. The same year Francesco Urbano Ragazzi was appointed artistic director of LIAF, the longest-running contemporary art biennial in Scandinavia, whose seventeenth edition took place between Venice, Oslo, and the Lofoten Islands in 2022.