On 6 February, as part of the exhibition Chi ha paura di Patrizia Vicinelli, now in progress in the ARRHYTHMICS section until 27 February 2022, a series of screenings will focus on the poet and the various collaborations in which she took part during her lifetime. 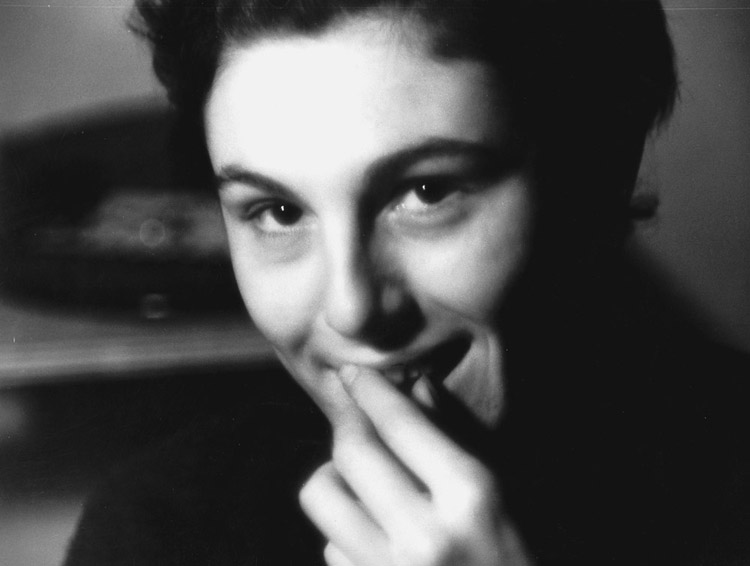 In viaggio con Patrizia (1965) by Alberto Grifi is a love diary composed of long pauses, written with and for Patrizia who was Grifi’s partner throughout the 1960s. This private portrait of their relationship was not shown to the public until 1995.

Transfert per camera verso Virulentia (1967) by Alberto Grifi is a short film about the complex theatrical operation carried out by Aldo Braibanti towards the end of the 1960s. Envisioned as a chain of thematic performances, Virulentia becomes a subject that offers Grifi the opportunity to delve deeper into his research on the making of lenses, prisms and mirrors, to be utilized as optical complements to the lenses of movie cameras.

Errore di gruppo (1973) by Karma Film shows Patrizia Vicinelli mysteriously wandering in the city of Lourdes, amidst religious souvenirs, candles and devout believers. These scenes are interrupted by intimate, private moments of the protagonist.

La nott’e’l giorno (1976) by Gianni Castagnoli stands out for the rhythmical, obsessive editing of scenes shot in various cities and lighting conditions, some of which are antithetical. The pace of the images is rapid, with an almost maniacal insistence on long shots. The protagonists of the film, besides the director himself, are artists and friends encountered in this voyage, including Patrizia Vicinelli, Castagnoli’s life companion at the time.

Thanks to Associazione Culturale Alberto Grifi, Home Movies and Mario Gianni for their cooperation.

The screenings will take place in the Sala Cinema.