Carola Bonfili is the latest artist to enter the RETROFUTURE section, the collection of works by young Italian artists growing organically with time. 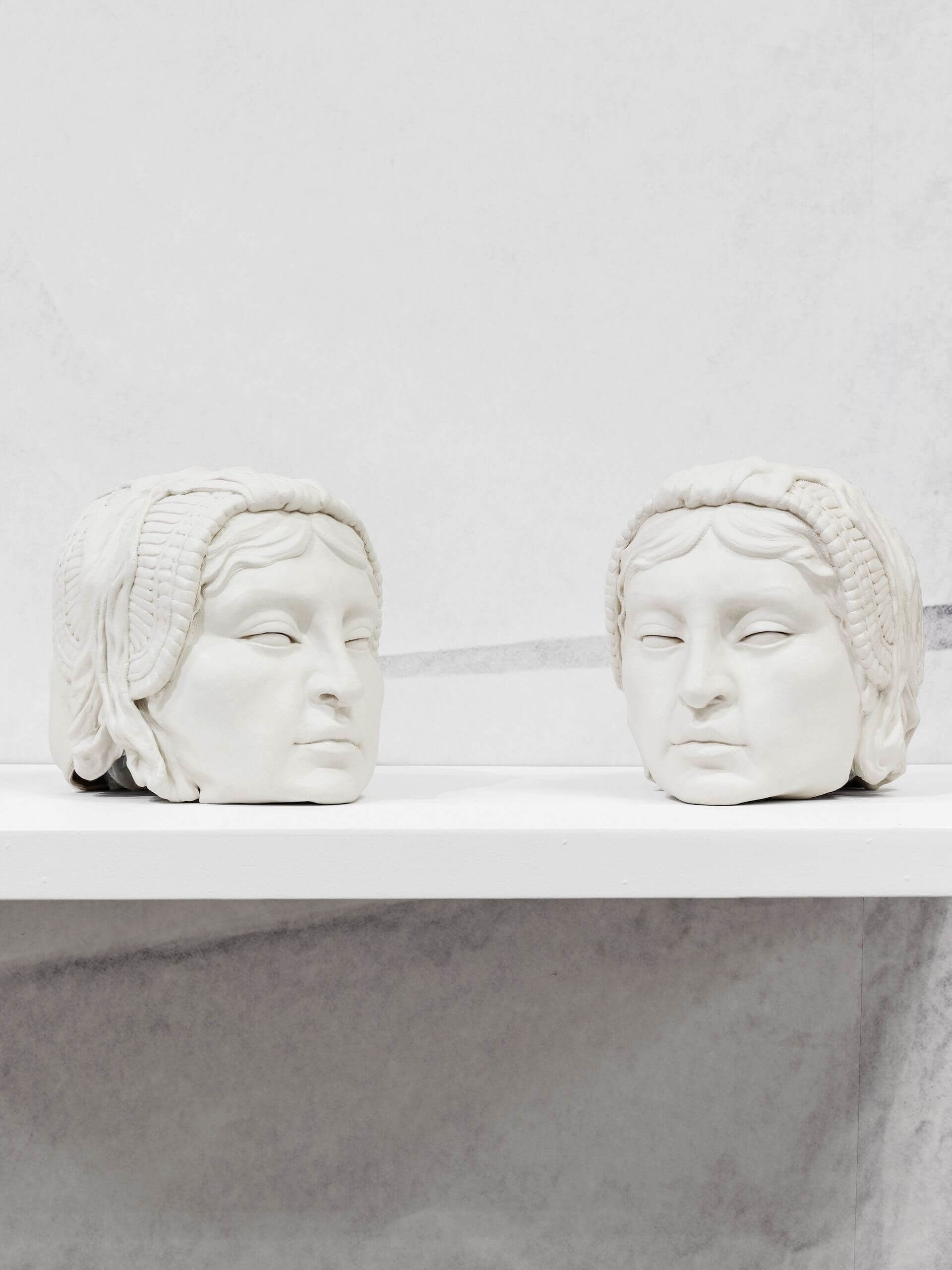 Carola Bonfili presents Polia (2019), a video work inspired by the ambiguous and polymorphic nature of the woodcut illustrations of Poliphilo’s dream contained in the allegorical novel Hypnerotomachia Poliphili (1499).

The video is composed of a series of scenes constructed by observing the woodcuts of the book, which illustrate the passages of the dream of Poliphilo. The focus is on the ambiguous, polymorphic nature of the images, and certain details that suggest different narrations and possible events inside the same depiction. The first image is the allegory of time; in the drawing, observing each faces of the group of people in a circle, we notice how each head, instead of continuing into its neck, reveals another face. It is the image of an external and internal movement:”I was interested in reproducing the dynamic of that action from up closer, to seek possible interactions with these beings whose deformation makes them into mythical creatures.”

CAROLA BONFILI (1981, Rome) lives and works between Brescia and Rome. Using since her earliest works different media, from photography to video, from manual printing to hand-writing – with a particular attention to drawing in its different forms of application – Bonfili’s artistic research questions the ordinary perceptive modalities of everyday life. The performative matrix is often found in the production processes at the basis of her sculptural works and environmental installations, featuring an immersive nature, which tend to forms of transmedial narration.

Her work was presented in various institutions both in Italy and abroad, of which: MAXXI, Rome; La Triennale di Milano; Milan, Italian Institute of Culture, Los Angeles, GNAM, Galleria Nazionale d’Arte Moderna e Contemporanea, MACRO, Rome, American Academy in Rome. She has gotten several awards and acknowledgments: Premio LUM, (2011), Rome Prize, American Academy, (2008-2009); Premio Strozzina, Florence, (2009); and she participated in a residency with the American Academy in Rome in 2007 and MACRO in 2012. Since 2004 she collaborates with the journal NERO with which, in 2011, she begins her publication of Names of Numbers, a series of monographic books about drawing.