The Continuum Was Performed in the Following Manner (NERO Edition, 2022) is about how in 2017 Adam Szymczyk, one of the most radical curators on the international scene, is called to direct the most important contemporary art exhibition in the world, a breaking point never seen before, mostly with institutions and politics: with his team, he moved the exhibition from Kassel to Athens, mostly because of its clearly antagonistic relationship with Western European and U.S. American neoliberal politics. 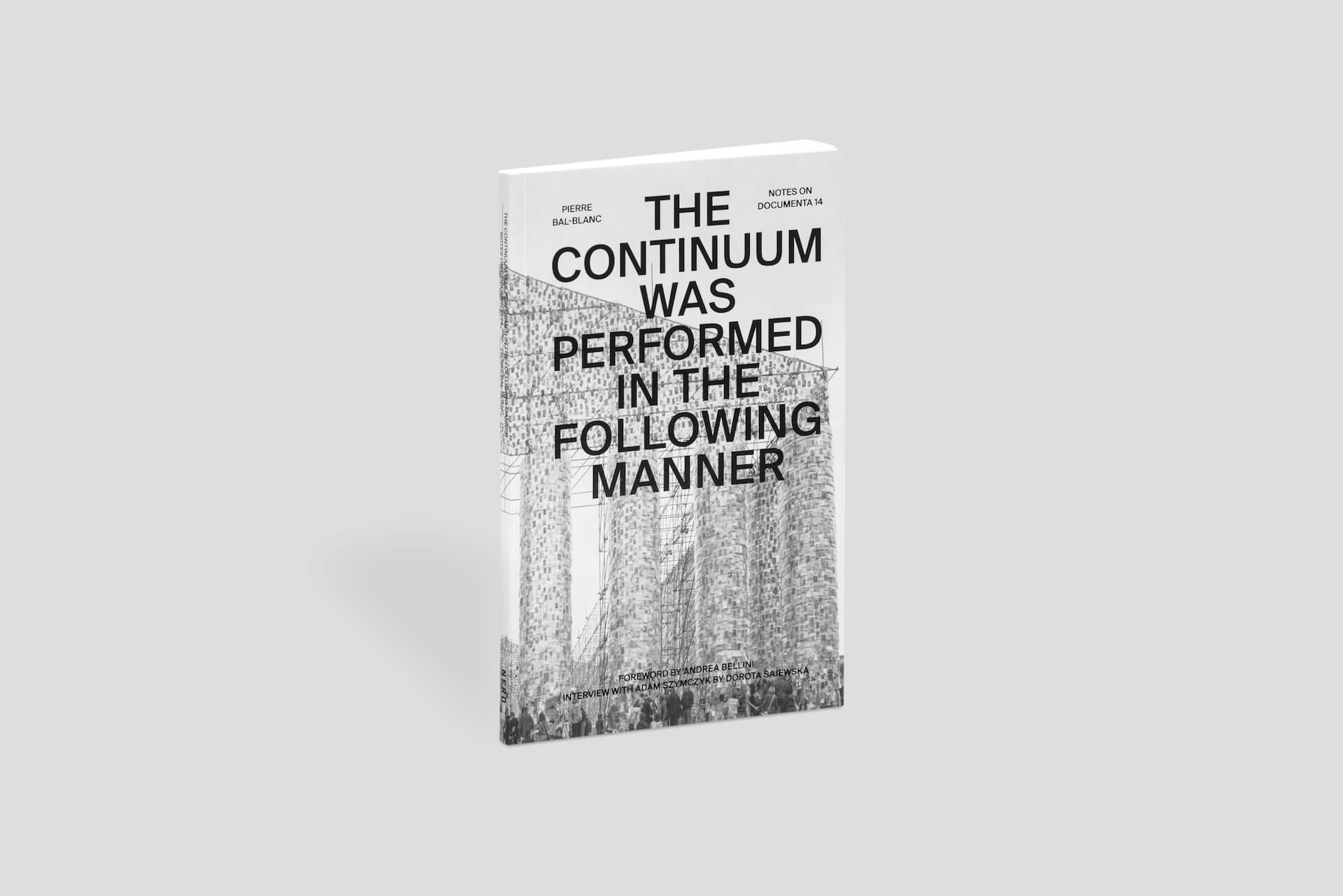 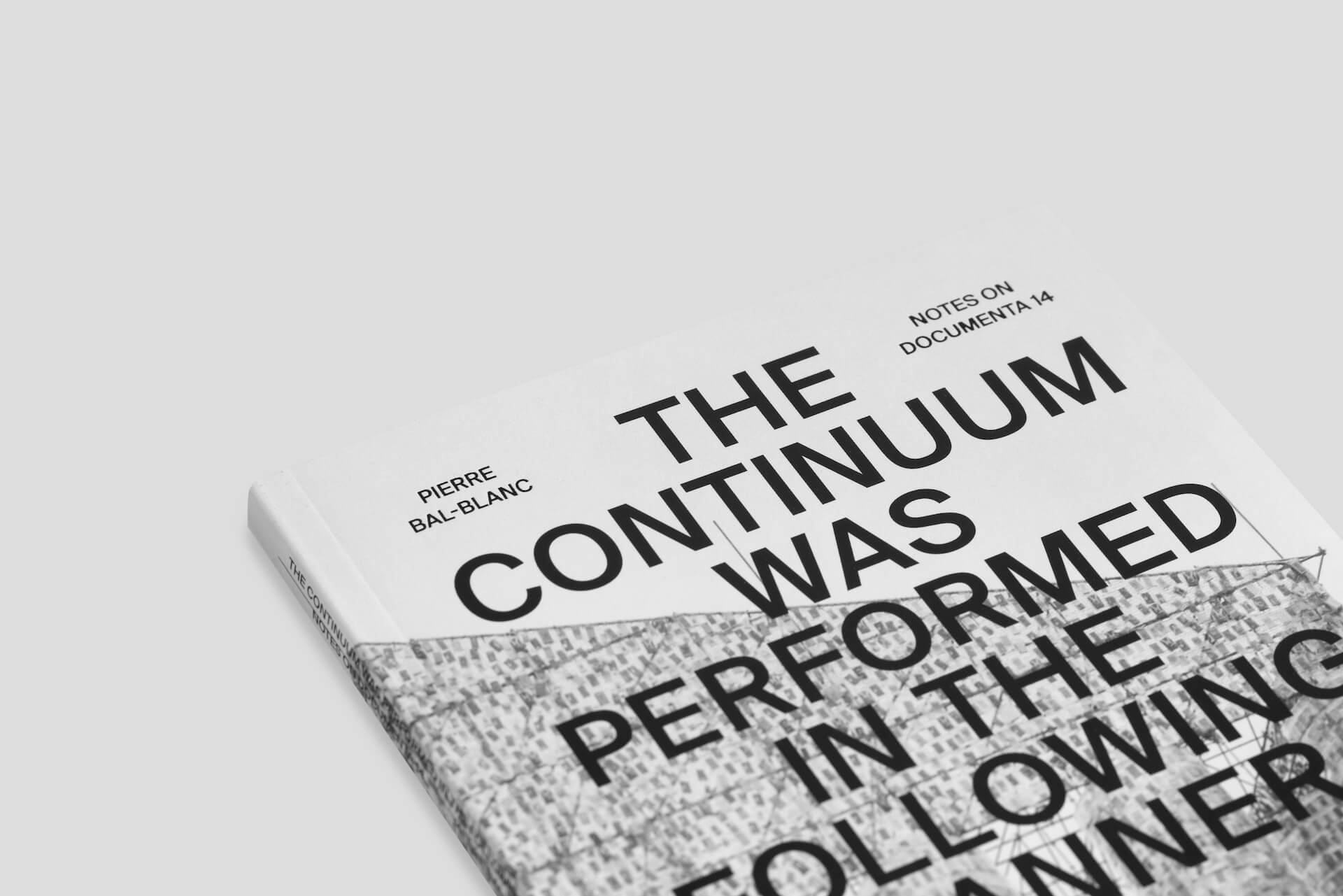 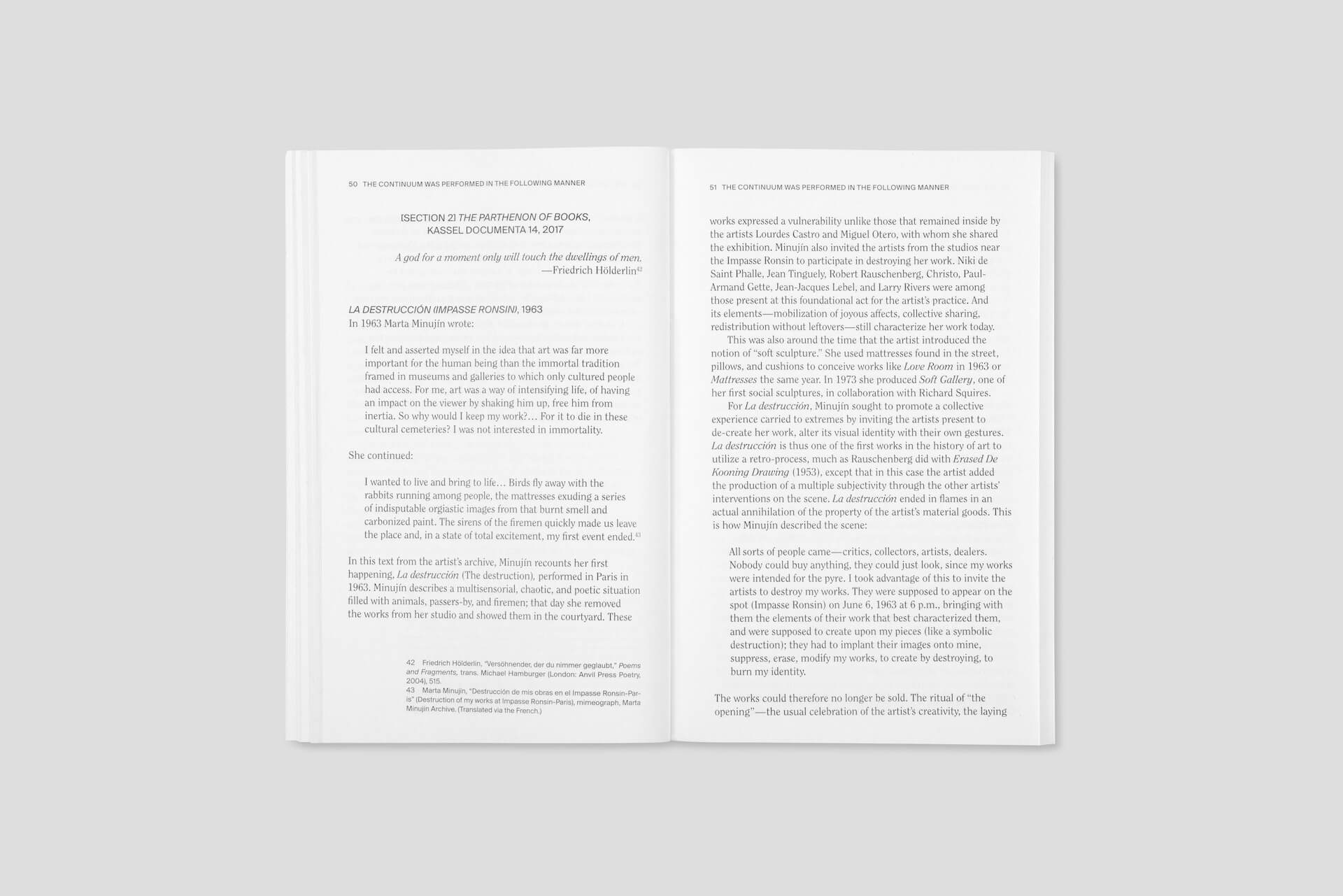 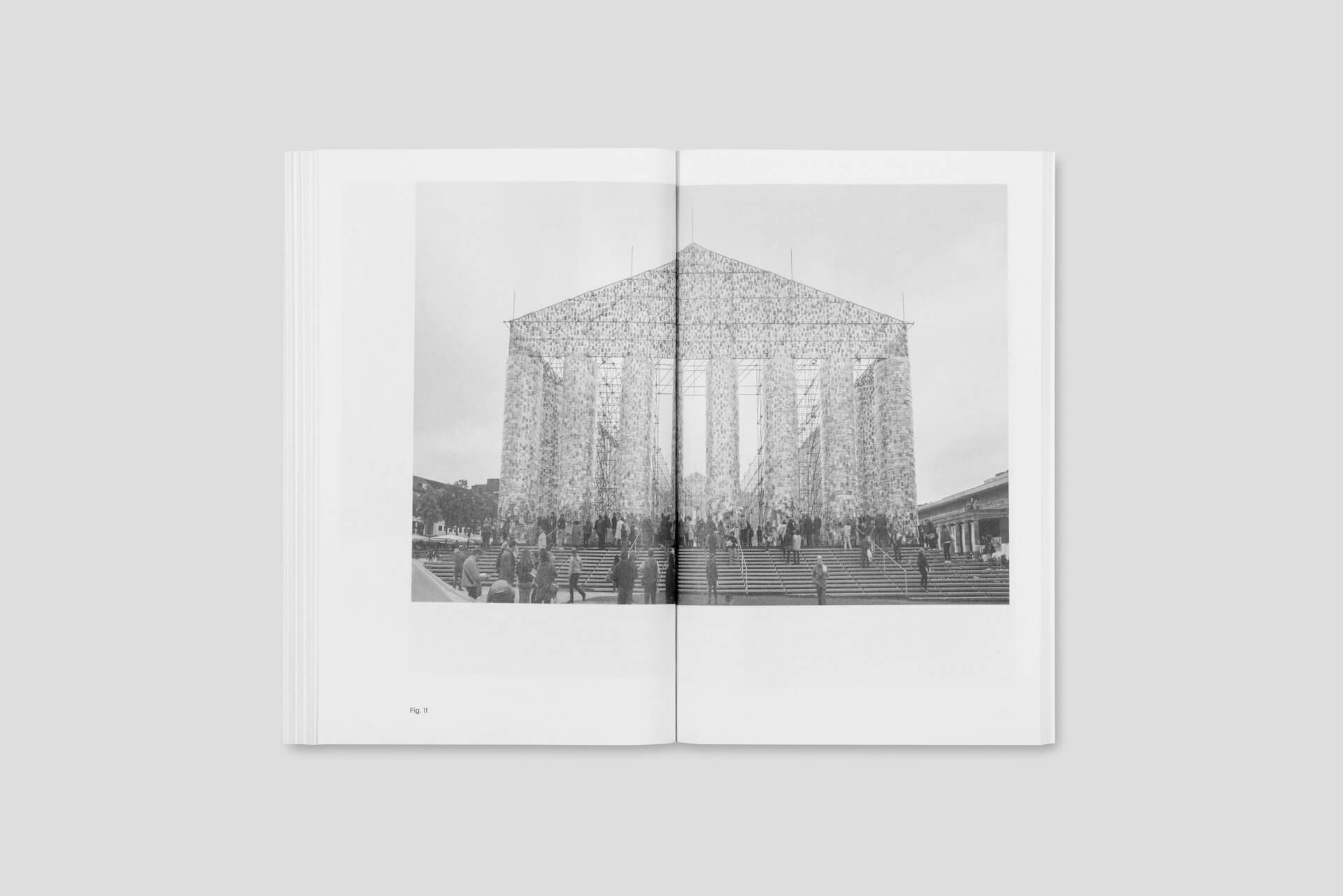 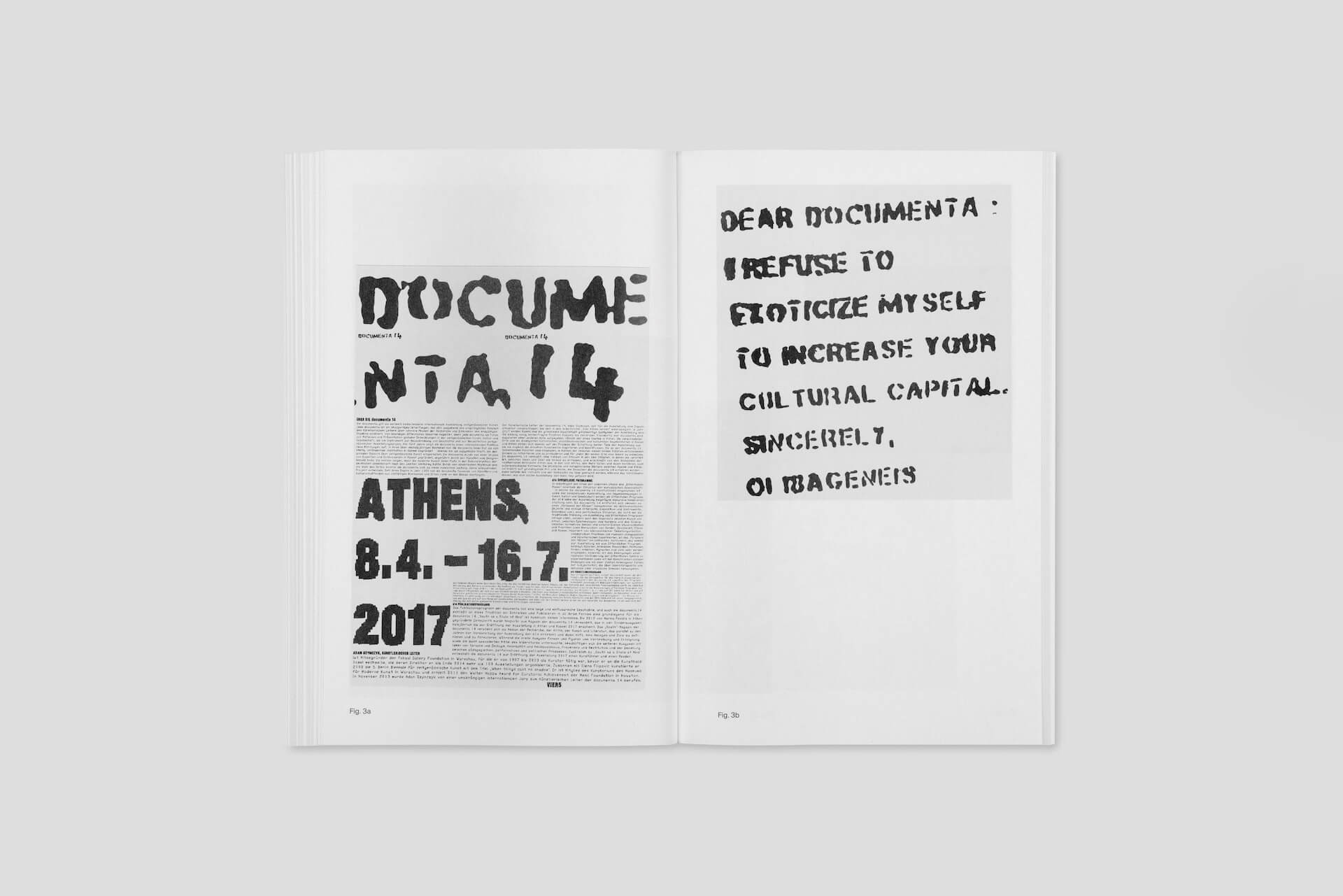 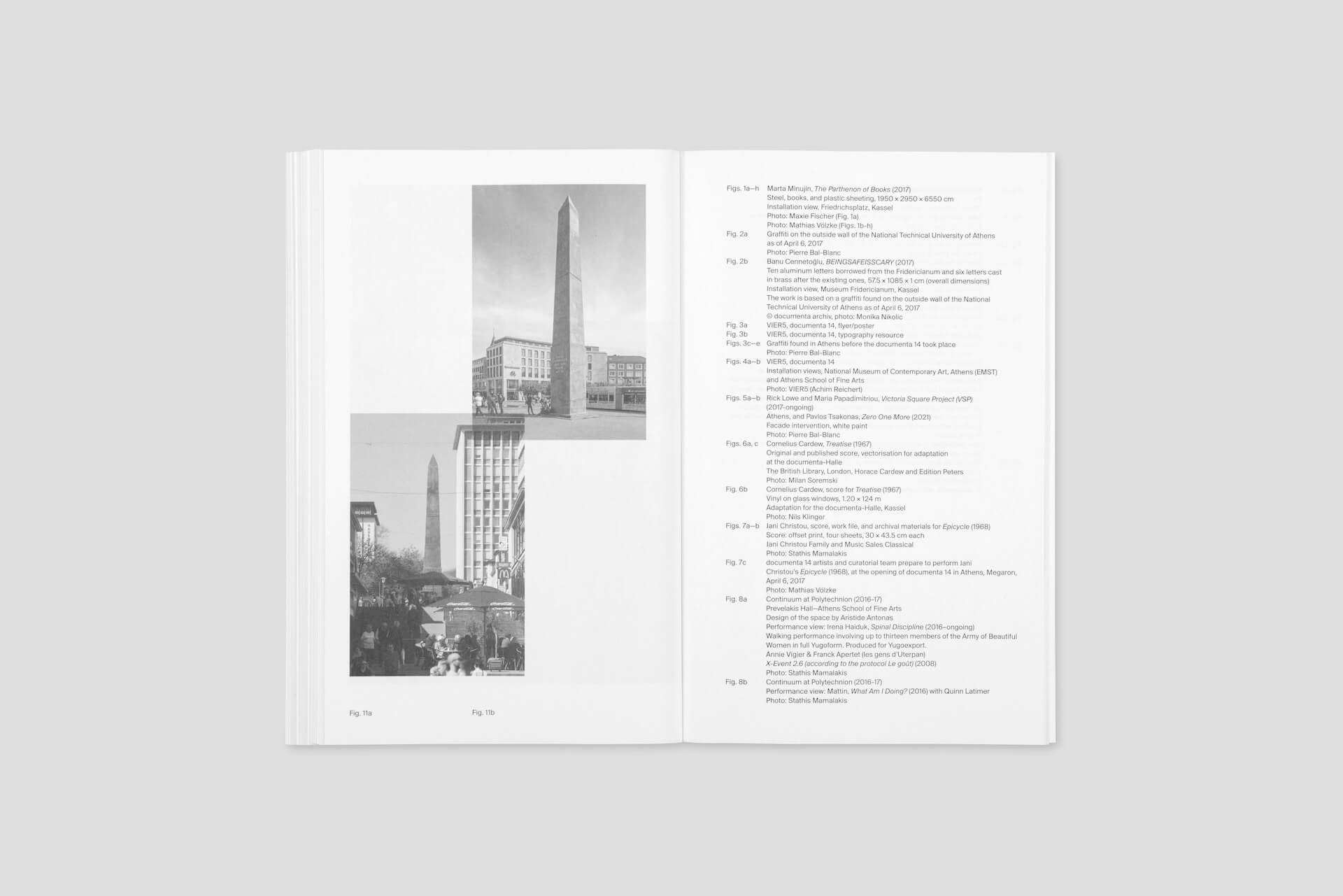 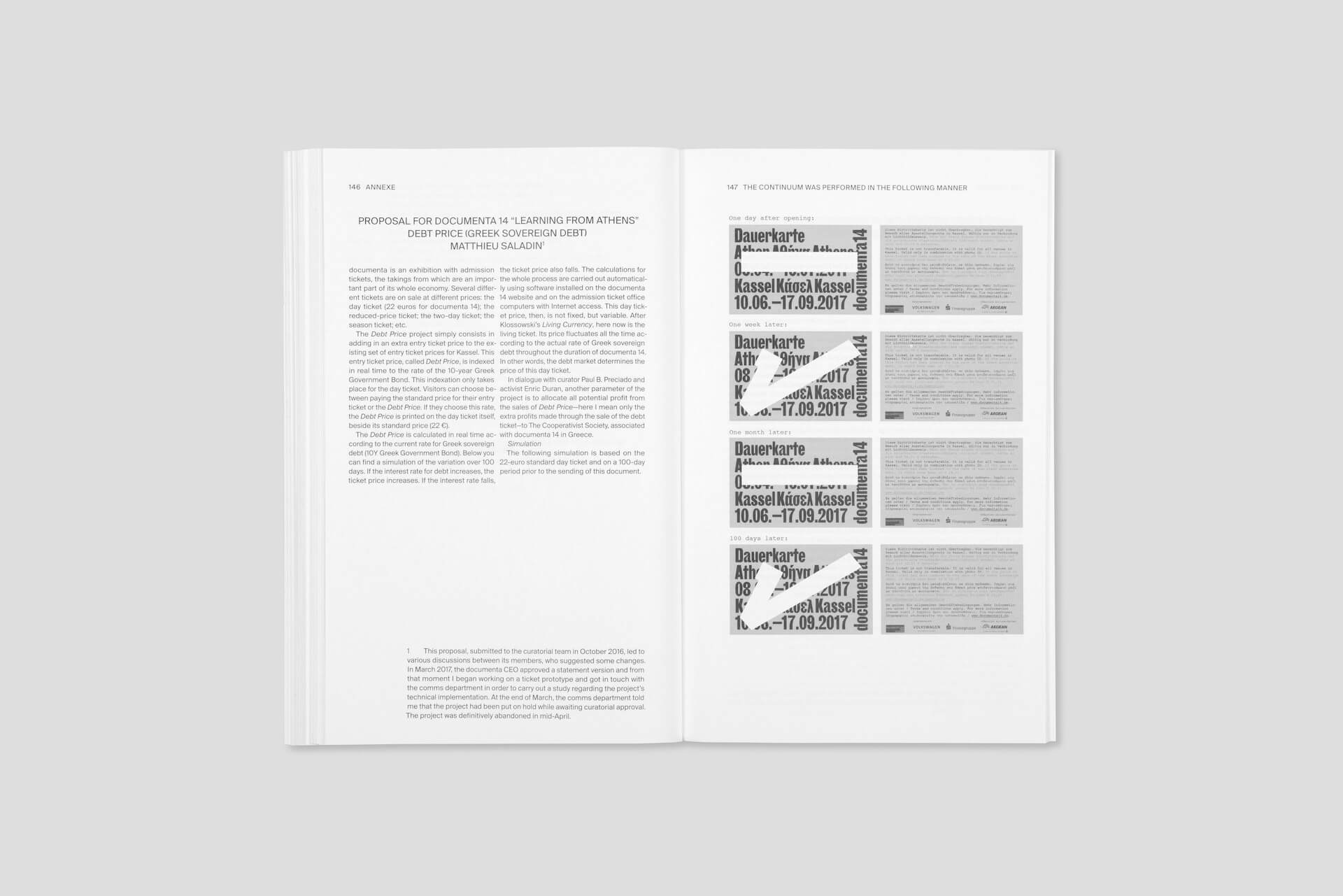 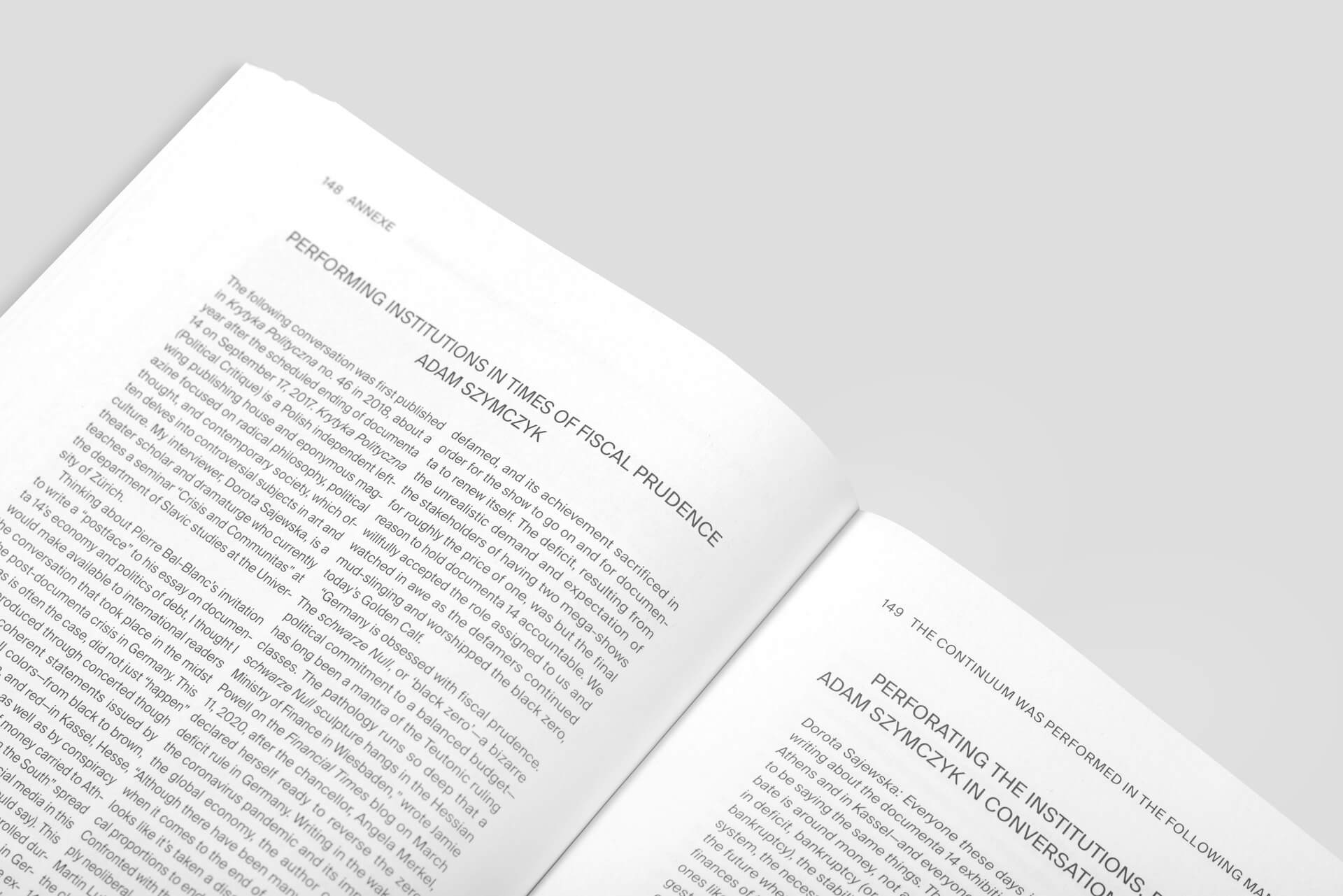 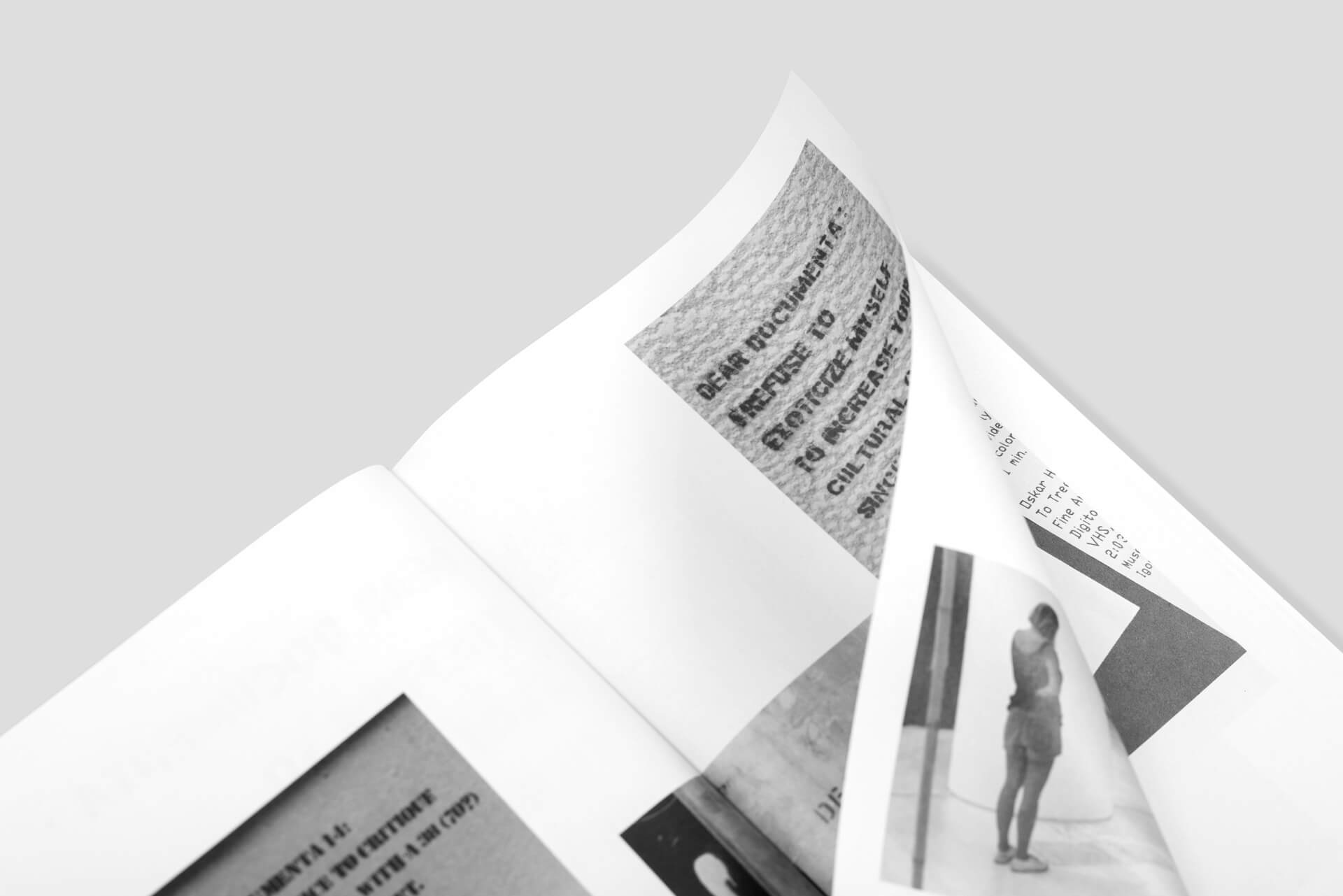 The long and in-depth essay is an articulate ex-post reflection that traces the events from a critical standpoint. As in a diary, Bal-Blanc tells us about his direct experience, overturning the dominant perspective, and offering a new and personal vision not only of the artistic choices, but also of the political and social dynamics that followed.

This essay offers the possibility to study and understand the extraordinary phenomenon that is Documenta, through the voices of those who took part to the events. The book is therefore an invitation to reread the events in a different light and reflect on the merits and limits of one of the most controversial and stimulating editions of Documenta ever held.

The book will be presented by author Pierre Bal-Blanc in conversation with  Salvatore Lacagnina and Adam Szymczyk.

The publication is produced by Centre d’Art Contemporain Genève.

PIERRE BAL-BLANC is a French art critic and independent curator based in Paris and Athens. Editor-in-chief of the magazine Bloc Notes between 1998 and 2000, co-founder of the agency Design Mental, he directed the Contemporary Art Center of Brétigny-sur-Orge (Essonne) from 2003 to 2014. In 2017, he curated Documenta 14 in Kassel and Athens. One of the most prominent curators of the contemporary art scene, Bal-Blanc’s focuses his practice on paradoxes of perversion and transgression, living and object, via industrialization and processes of production. His exhibitions have been displayed at: CAC Brétigny/ Micadanses, Stuk Leuven, Tate Modern London, MoMA Warsaw, and Berlin Biennale, among many others. In 2017, he curated Der Canaletto Blick – The Canaletto View, a commission program for Easter Group Bank AG at the Erste Campus in Vienna, and in the same year he published the book Project Phalanstère (Sternberg Press, 2017).

SALVATORE LACAGNINA works as an independent critic, curator, educator and translator, in the fields of contemporary arts, design, and architecture. He studied contemporary Italian literature at the University of Bologna. He has directed institutions such as Montevergini – City Gallery for Contemporary Art, Siracusa (2001-2008), Swiss Institute in Rome with venues in Rome, Milan, and Venice (2008-2016), Shedhalle Zürich (2017-2018). He contributed to the program of international exhibitions such as the 5th and the 7th Berlin Biennale (2008 and 2012), and was the initiator of Studio 14 as part of documenta 14 (Athens and Kassel 2017). In 2019 he started a research on art in the public space, in relation to the work of David Harding as town artist of Glenrothes, Scotland (1968-78) recently presented within the exhibition Cities, without Buildings, curated by Adam Szymczyk, gta exhibitions, Zürich (2022).