From 24 November 2022 through 19 February 2023, MACRO hosts a show curated by Giuseppe Garrera entitled Pier Paolo Pasolini and Ezra Pound: A Pact. Connected with the exhibition Pier Paolo Pasolini: Everything is Sacred – The Poetic Body at Palazzo delle Esposizioni, the exhibition is part of a wider project devoted to the Italian intellectual involving the National Galleries of Ancient Art – Palazzo Barberini, and MAXXI National Museum of Arts of the XXI Century. 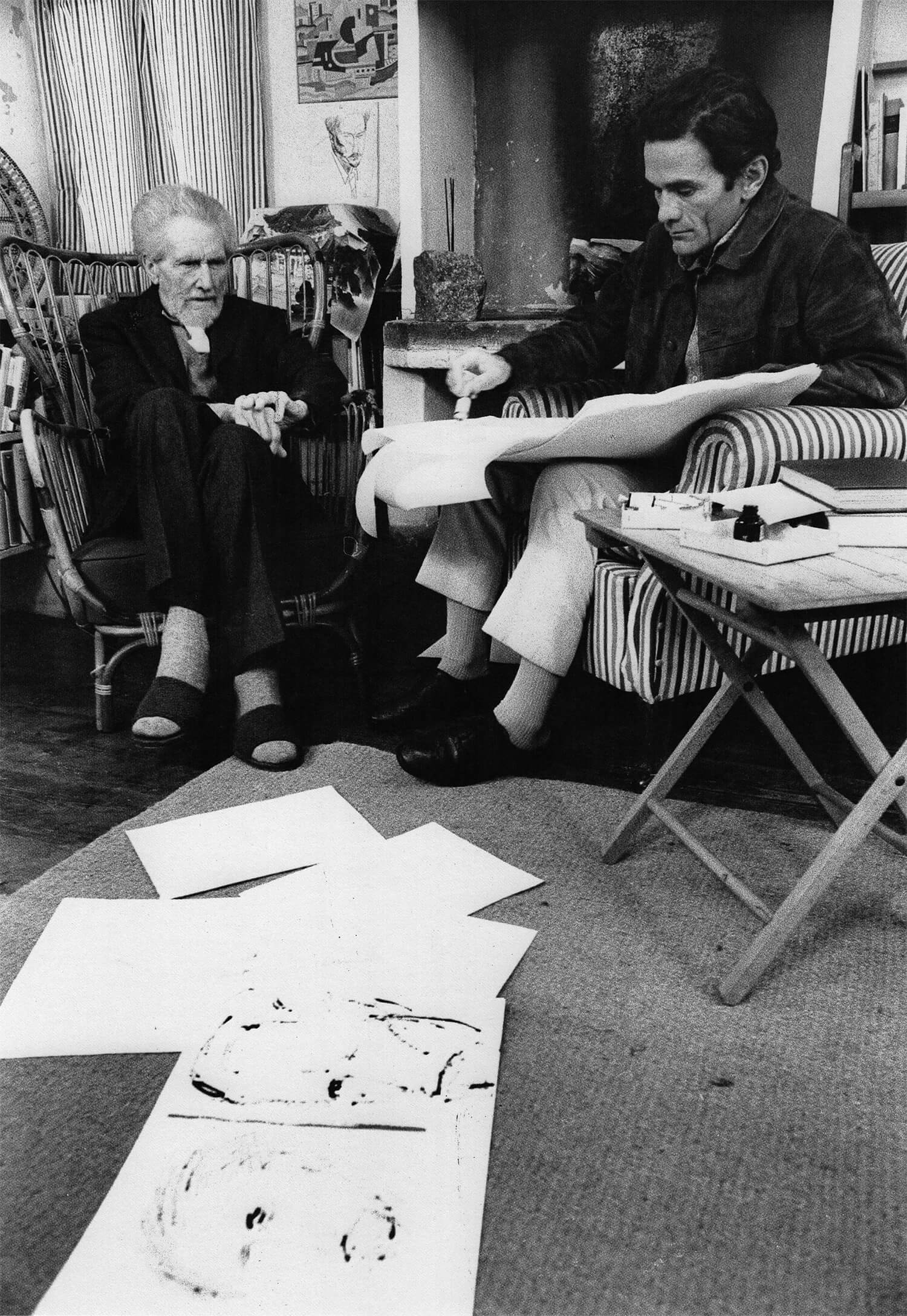 While the exhibition at Palazzo delle Esposizioni investigates Pasolini as a body of poetic work, the show at MACRO addresses a precise moment of the poet’s history: the 1967 televised encounter with Ezra Pound, organized by Vanni Ronsisvalle for the series Incontri, and broadcast by Rai in the following year, as the point of arrival in a path characterized by hate, afterthoughts and reconciliation. The encounter, in fact, took on the unexpected form of a pact based on a shared destiny of struggle and illusion which distinguished both poets.

Pasolini had been one of the few poets who since 1956 had clearly refused to sign a petition for Pound’s release from the criminal mental hospital in which he had been confined for eleven years, when the death penalty for treason, collaborationism anti-American and fascist propaganda had been converted into confinement on psychiatric grounds. Eugenio Montale, Giuseppe Ungaretti, Salvatore Quasimodo, Elio Vittorini, Vittorio Sereni, and even some who were close to Pasolini such as Sandro Penna, Alberto Moravia, Attilio Bertolucci, together with many others, had signed the petition for Pound’s release, in the name of humanitarian principles, or on the basis of the fact that he was one of the greatest poets of all time.

The conversation could thus have been seen as a preordained execution of Pound, above all due to the charismatic force and influence of Pasolini.  Nevertheless, on 26 October 1967 in Venice, Pasolini staged a ceremony of friendship, which began with the reading of A Pact, a poem Pound had initially written and dedicated to Walt Whitman, face to face with the poet who assisted silently to this gesture of acknowledgment towards the value of his thought.

The exhibition therefore narrates Pasolini’s tribute to the Pound (to the point of presenting himself like a son reconciling himself with a father) after years of rejection and hostility; it also contains selected historical documents, newspaper articles and books reflecting the context of the evolution of the relationship between the two poets, retracing a story of devotion, doubt, perplexities and considerations on the role of poetry. Among the exceptional and unpublished documents on view, there is a letter written by Ezra Pound in 1959 to Giorgio Almirante (founder of Movimento Sociale Italiano), containing a “position statement” as well as a “Programme towards the search of a party”.

The narratives that emerge from the numerous archival materials are joined by the contributions of Allison Grimaldi Donahue, Olaf Nicolai and Luca Vitone, three contemporary authors invited to bring their own interpretations of what happened, and to investigate the echoes and overtones of the thinking of these two controversial protagonists of twentieth-century literature, along the furrows of underground cults of faith in poetry that criss-crossed this era.

The exhibition is promoted by Roma Culture and Azienda Speciale Palaexpo.

A heartfelt thanks to Rai Direzione Teche for having kindly released the archival audiovisual materials.