The editorial journey continues around the production of the volume Women in Concrete Poetry: 1959-79 (Primary Information, 2020), focusing on women in the field of concrete poetry in the 1960s and 1970s. The two editors of the publication, Alex Balgiu and Mónica de la Torre, share the background leading to the creation of this volume, which also includes work by Patrizia Vicinelli, the poet from Bologna featured in the exhibition Chi ha paura di Patrizia Vicinelli.

Another highlight from the sources of their anthology is a magnificent piece by Françoise Mairey titled Substitution, published by Guy Schraenen in 1977. It appears as an oblong, generous format, suggesting a musical reference with the presence of staves as a background for the title piece. 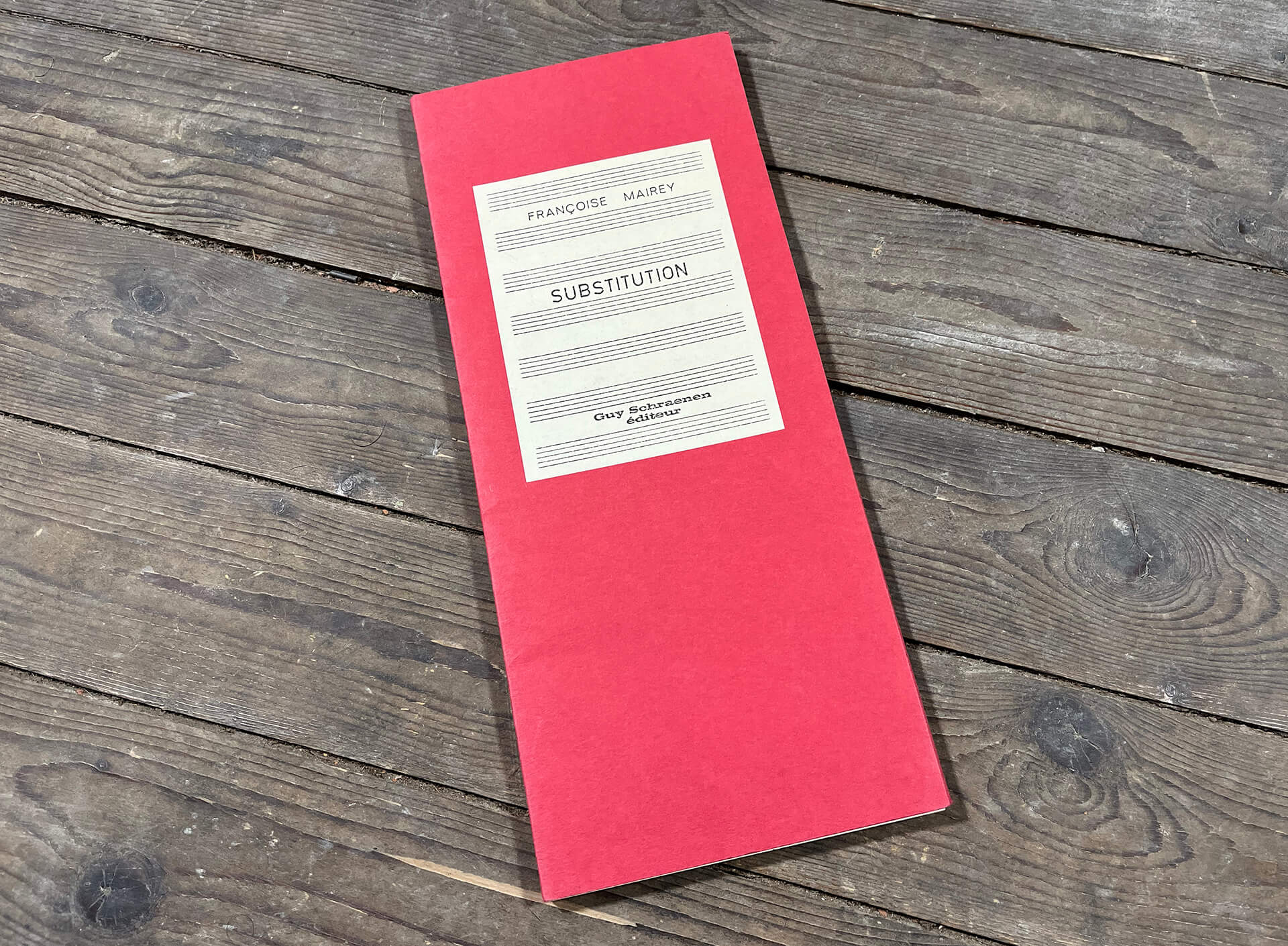 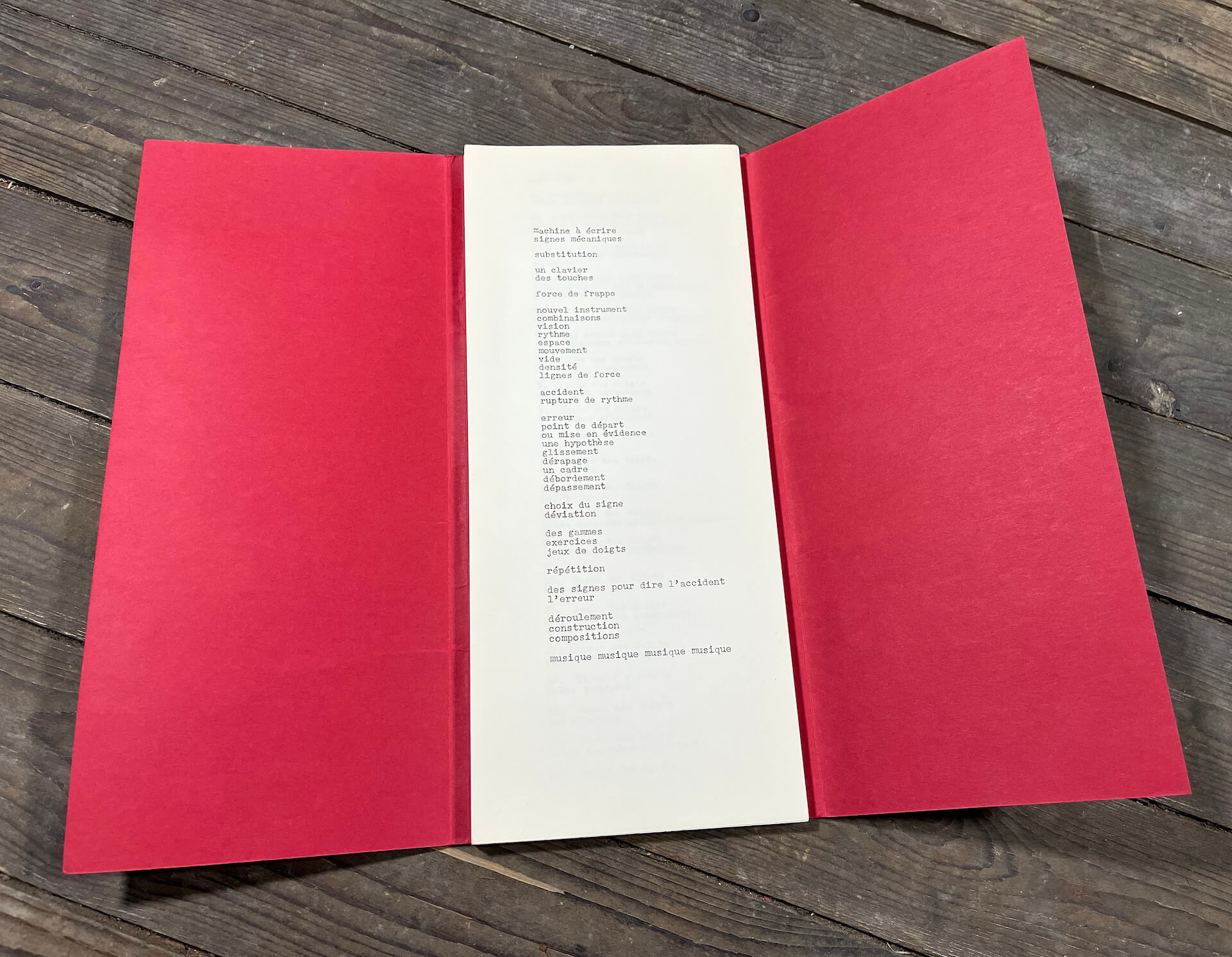 We discover that we are offered a rich set of unbound sheets which seem to be the documentation of someone’s writing exercises on the typewriter. We are instantly caught by the rhythm, the variety and the powerful visuality radiating from these abstract compositions. 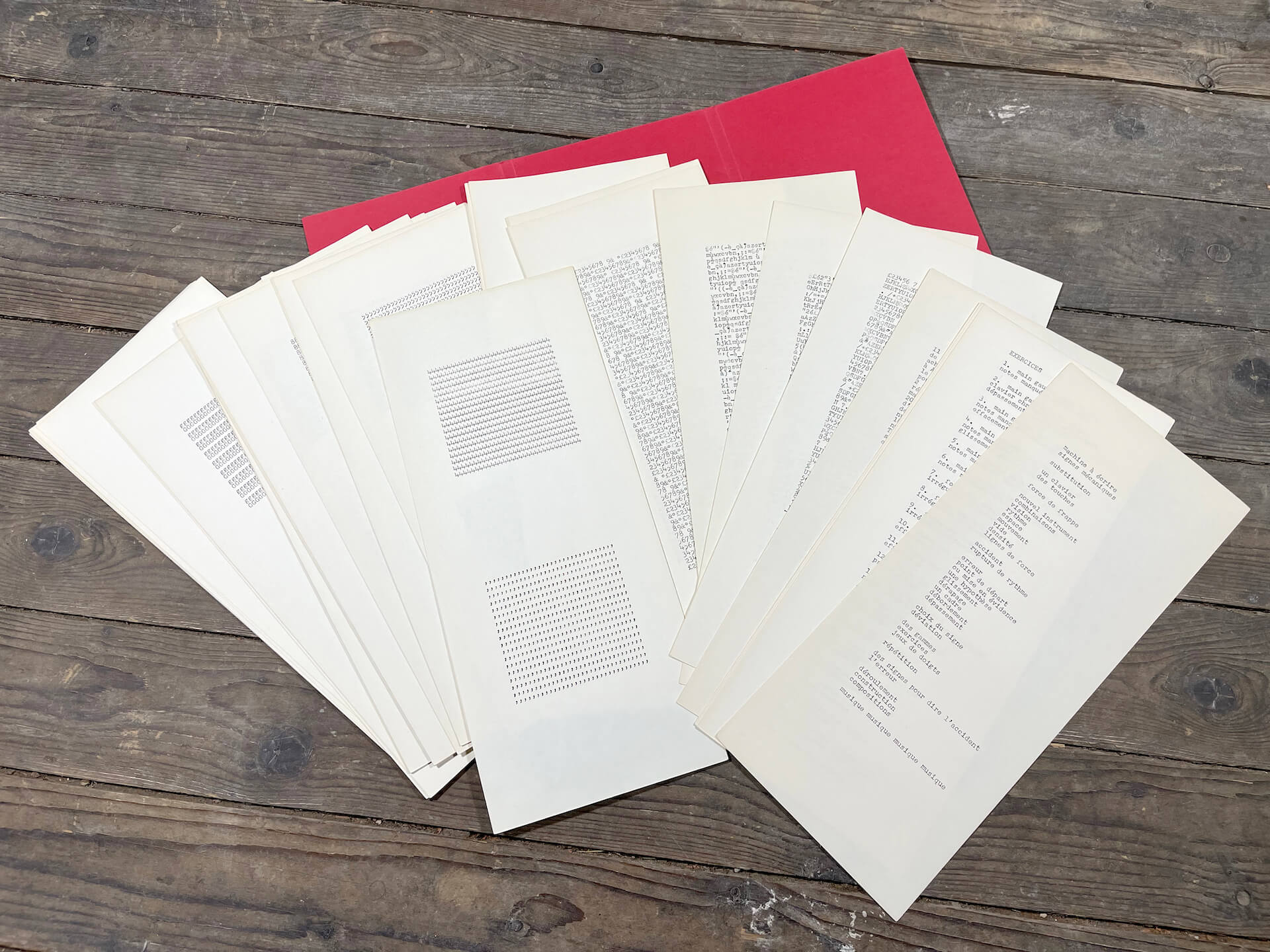 We may deduce from this diversity of type blocks that the set is made up of exercises composed with both hands, simultaneously, as well as alternating exercises by one hand, then the other. A sense of dimensionality and movement seems perceptible as we envision the hands’ ballet on the keyboard.

It is moving to read and decipher the course of the fingers and to follow the flow of the writing, only occasionnally interrupted by the tripping and typing hiccups and accidents.

This is certainly a very difficult piece to reproduce inside an anthology: its oversized proportions, the multitude of potential excerpts, one more interesting than the other, lead to a real editorial puzzle. In the selection for Documents of Women in Concrete Poetry: 1959-79, the intention to reflect this variety, as well as by trying to remain consistent as far as type scale is concerned, was very important. Hoping that Françoise Mairey’s writing flow and energy will continue its course inside the anthology.