The Belgian-born Boy Vereecken is the first of the international graphic designers invited to reinterpret their practice inside IN-DESIGN. Back Matter translates his practice into exhibition format, highlighting the idea of a continuous evolution of visual identity.

Crossing genres, he presents us with his choice of nine books, one catalogue and one article that shape the senses. Here’s eleven for you. 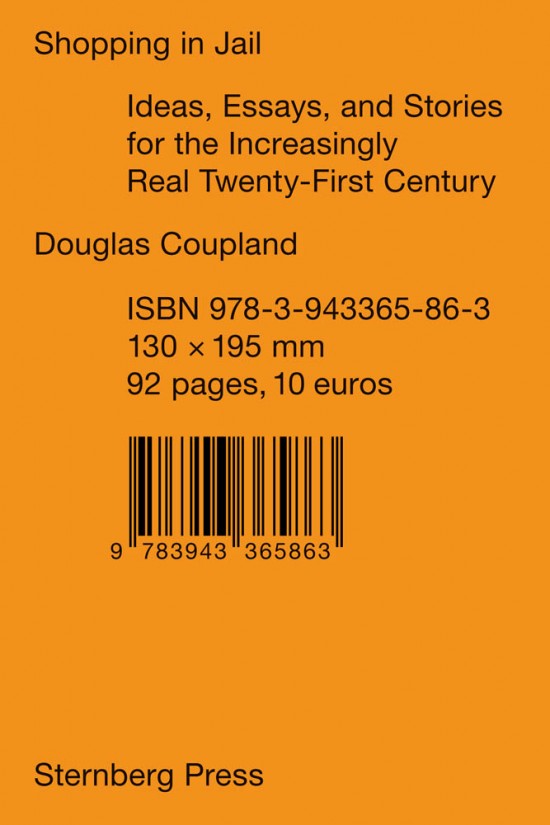 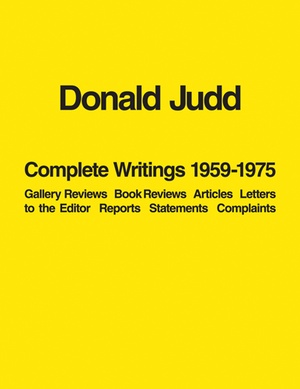 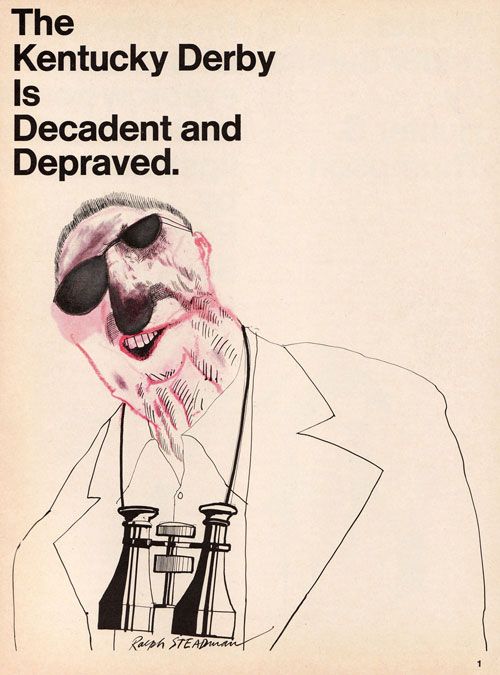 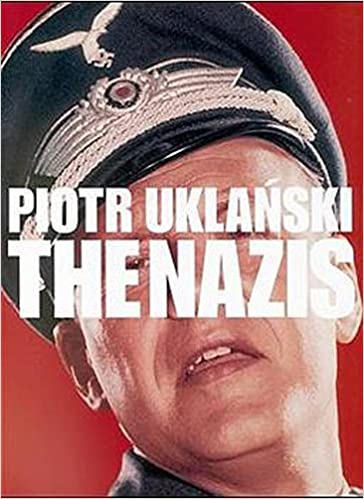 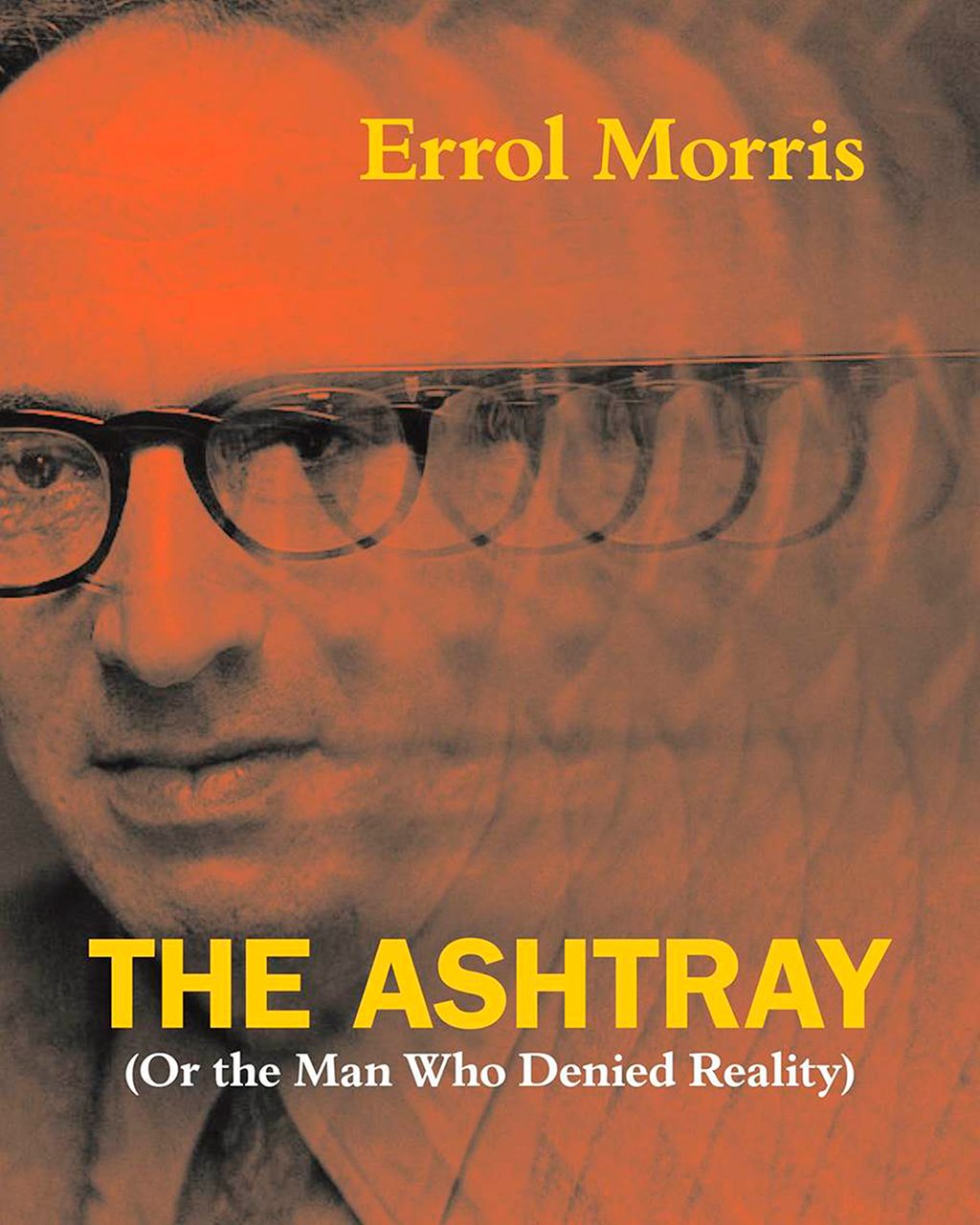 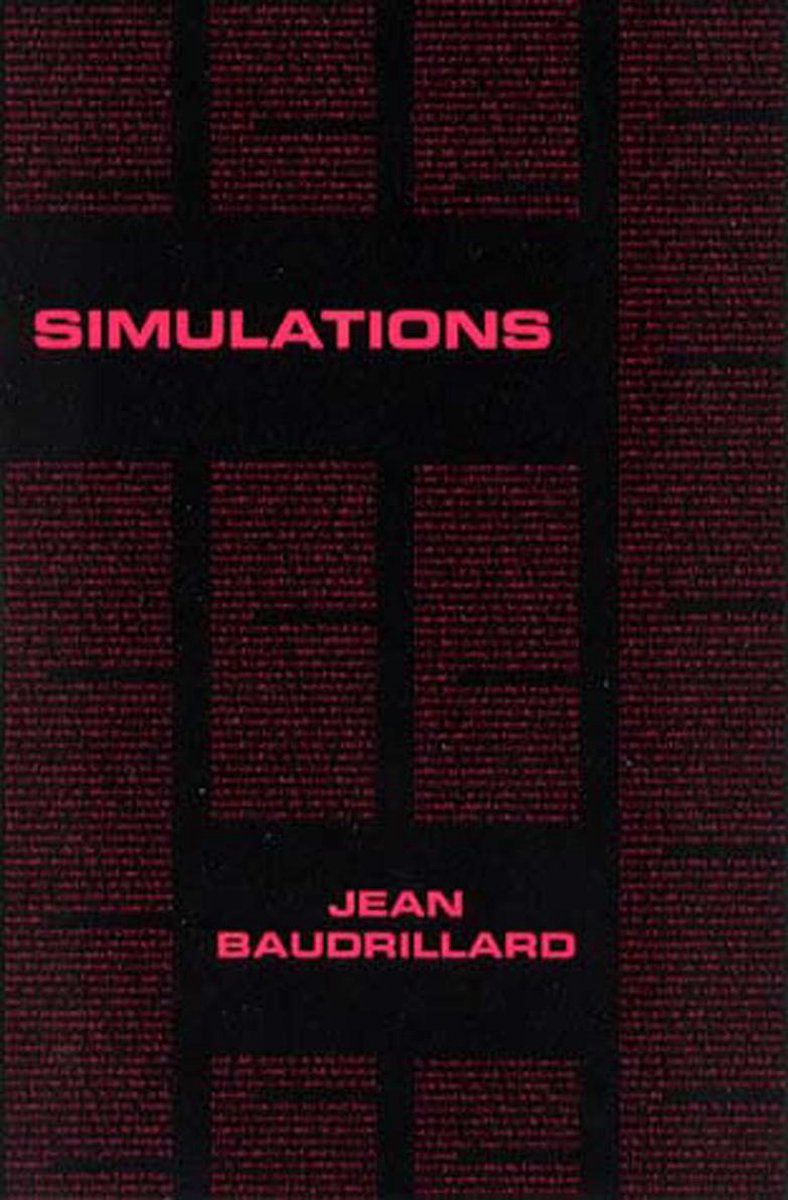 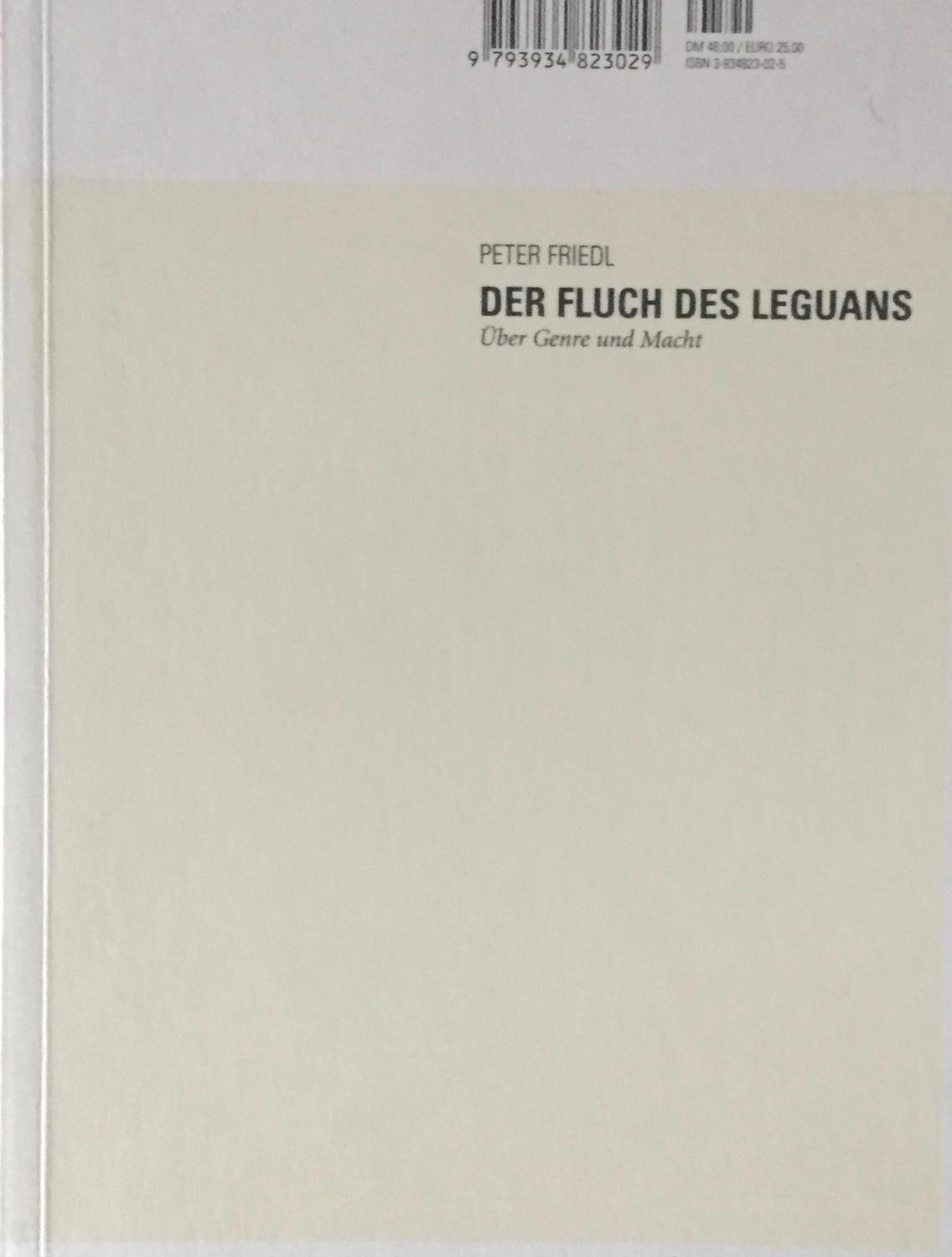 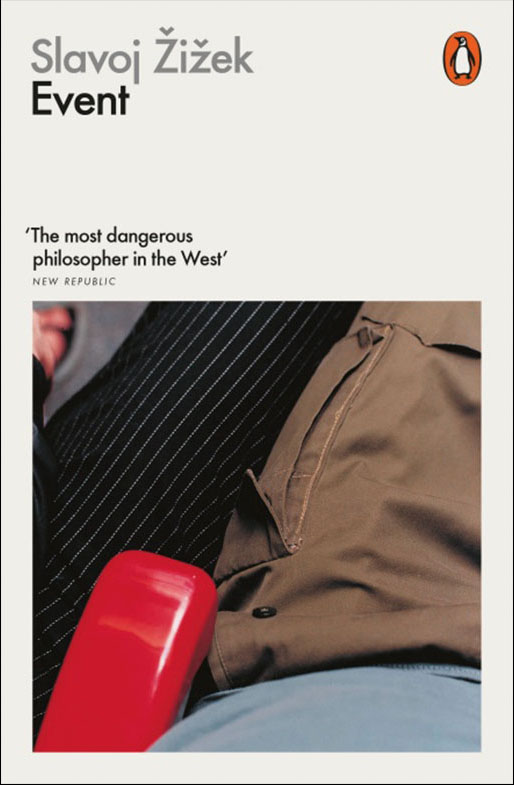 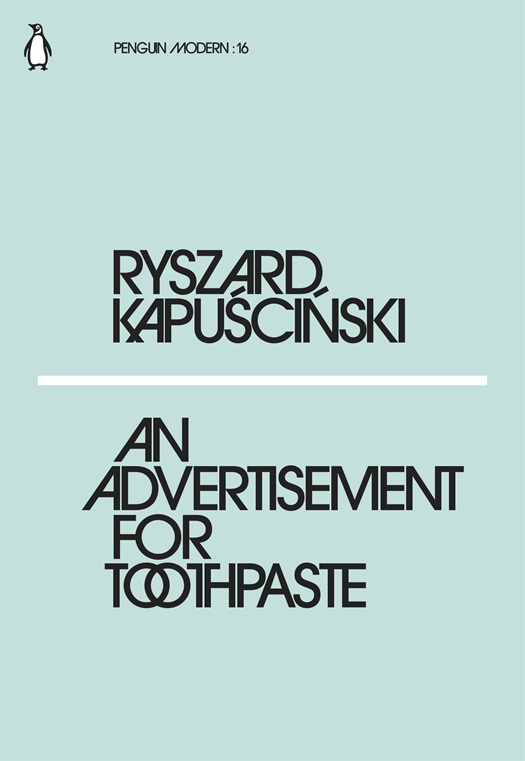 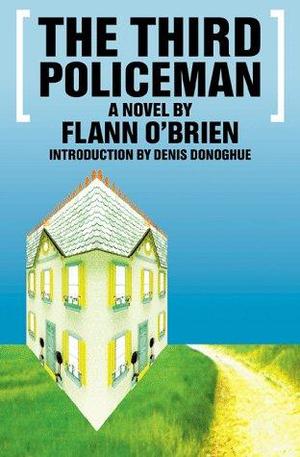 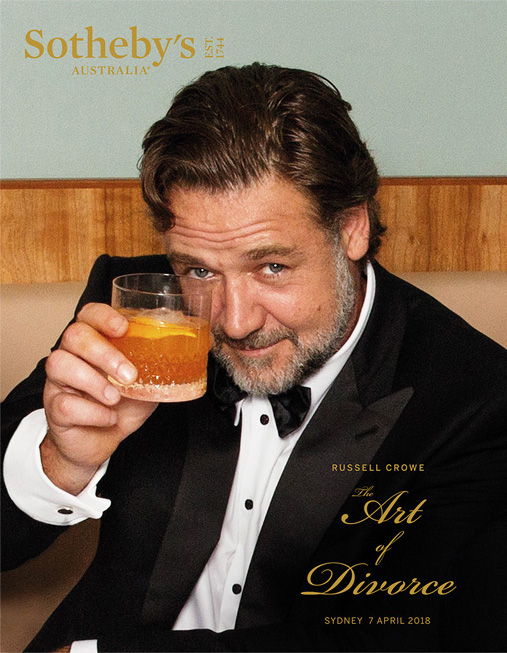 Douglas Coupland, Shopping in Jail, Ideas, Essays, and Stories for Increasingly Real Twenty-First Century, Sternberg Press, 2013
In Douglas Coupland’s writing, the doldrums of a world afflicted by the pains of dotcom booms and busts, the ascendency of subcultures to pop cultures, and the subsequent struggle for identity are counterbalanced by droll, personal, and incisive analyses. This collection of nonfiction essays provides an illuminating meander through what we call culture today.

Donald Judd, Complete Writings 1959-1975, Gallery Reviews, Book Reviews, Articles, Letters to the Editor, Reports, Statements, Complaints, Press of the Nova Scotia College of Art and Design, 1975
Complete Writings 1959-1975
Complete Writings 1959-1975 was first published in 1975 by The Press of the Nova Scotia College of Art and Design, and since then it has been the primary source for Donald Judd’s early writing. Working as an art critic for the magazines Arts, Arts Magazine and, later, Art International, Judd regularly contributed reviews of contemporary art exhibitions between 1959 and 1965, but continued to write throughout his life on a broad range of subjects. In his reviews and essays, Judd discussed in detail the work of more than 500 artists showing in New York in the early and mid-1960s, and provided a critical account of this significant era of art in America. While addressing the social and political ramifications of art production, the writings frequently addressed the work of such artists as Jackson Pollock, Kazimir Malevich, Barnett Newman, Ad Reinhardt, Lee Bontecou, Yayoi Kusama, John Chamberlain, Dan Flavin, Kenneth Noland and Claes Oldenburg. Judd’s essay “Specific Objects,” first published in 1965, remains central to the analysis of the new art developed in the early 1960s. Other essays included in this publication are “Complaints I” (1969), “Complaints II” (1973) and his previously unpublished essay “Imperialism, Nationalism and Regionalism” (1975), all of which establish the polemical importance of Judd’s writing.

Hunter S. Thompson, The Kentucky Derby Is Decadent and Depraved, Scanlan’s Monthly, 1970
This was a seminal sports article by Hunter S. Thompson on the 1970 Kentucky Derby in Louisville, Kentucky, first appearing in an issue of Scanlan’s Monthly in June of that year. Though not known at the time, the article marked the first appearance of gonzo journalism, the style that Thompson came to epitomize through the 1970s.

Piotr Uklanski, The Nazis, Scalo Verlag Ac, 1999
The film stills of Nazis that the New York-based polish artist Piotr Uklanski collected for this book show men with imperious, brutish, and menacing gazes or cynical and tortured smiles. They all wear uniforms adorned with swastikas, imperial eagles, and skulls. Some wear monocles or black eye patches. It’s about the power of costumes and the costumes of power. It’s about the glamour of evil, the glistening shine of fake medals of honor made of fake gold. It’s not about Nazis, but about Hollywood Nazis and their poses of evil, their stagy cynical glances from deep blue eyes, their dramatic facial expressions, and their highly decorative emblems of cruelty. It’s about the power of media representations that have substantially shaped and distorted our collective idea of historic evil.

Errol Morris, The Ashtray (Or the Man Who Denied Reality), University Of Chicago Press, 2018
In 1972, philosopher of science Thomas Kuhn threw an ashtray at Errol Morris. This book is the result. At the time, Morris was a graduate student. Now we know him as one of the most celebrated and restlessly probing filmmakers of our time, the creator of such classics of documentary investigation as The Thin Blue Line and The Fog of War. Kuhn, meanwhile, was—and, posthumously, remains—a star in his field, the author of The Structure of Scientific Revolutions, a landmark book that has sold well over a million copies and introduced the concept of “paradigm shifts” to the larger culture. And Morris thought the idea was bunk. The Ashtray tells why—and in doing so, it makes a powerful case for Morris’s way of viewing the world, and the centrality to that view of a fundamental conception of the necessity of truth. “For me,” Morris writes, “truth is about the relationship between language and the world: a correspondence idea of truth.” He has no patience for philosophical systems that aim for internal coherence and disdain the world itself. Morris is after bigger game: he wants to establish as clearly as possible what we know and can say about the world, reality, history, our actions and interactions. It’s the fundamental desire that animates his filmmaking, whether he’s probing Robert McNamara about Vietnam or the oddball owner of a pet cemetery. Truth may be slippery, but that doesn’t mean we have to grease its path of escape through philosophical evasions. Rather, Morris argues powerfully, it is our duty to do everything we can to establish and support it.

Jean Baudrillard, Simulations, MIT press, Semiotext(e), 1983
Baudrillard’s bewildering thesis, a bold extrapolation on Ferdinand de Saussure’s general theory of general linguistics, is in fact a clinical vision of contemporary consumer societies where signs don’t refer anymore to anything except themselves. They all are generated by the matrix.

Slavoj Žižek, Event, Penguin, 2014
In the second in a new series of accessible, commute-length books of original thought, Slavoj Žižek, one of the world’s greatest living philosophers, examines the new and highly-contested concept of Event. An Event can be an occurrence that shatters ordinary life, a radical political rupture, a transformation of reality, a religious belief, the rise of a new art form, or an intense experience such as falling in love. Taking us on a trip which stops at different definitions of Event, Žižek addresses fundamental questions such as: are all things connected? How much are we agents of our own fates? Which conditions must be met for us to perceive something as really existing? In a world that’s constantly changing, is anything new really happening? Drawing on references from Plato to arthouse cinema, the Big Bang to Buddhism, Event is a journey into philosophy at its most exciting and elementary.

Ryszard Kapuscinski, An Advertisement for Toothpaste, Penguin, 2018
The great journalist of conflict in the Third World finds an even stranger and more exotic society in his own home of post-War Poland

Flann O’Brien, The Third Policeman, MacGibbon & Kee, 1967
The Third Policeman is Flann O’Brien’s brilliantly dark comic novel about the nature of time, death, and existence. Told by a narrator who has committed a botched robbery and brutal murder, the novel follows him and his adventures in a two-dimensional police station where, through the theories of the scientist/philosopher de Selby, he is introduced to “Atomic Theory” and its relation to bicycles, the existence of eternity (which turns out to be just down the road), and de Selby’s view that the earth is not round but “sausage-shaped.” With the help of his newly found soul named “Joe, ” he grapples with the riddles and contradictions that three eccentric policeman present to him.

Russell Crowe, The Art of Divorce, Sotheby’s, 2018
On 7 April 2018, Sotheby’s Australia auctioned the private collection of actor, film producer, director and musician, Russell Crowe. The sale included an important collection of Australian art, decorative arts, watches and jewellery, together with music and sporting memorabilia, and costumes, props, musical instruments and items from Crowe’s extensive and diverse career in film and music.  Consisting of 226 items, the sale realised over $3.7 million with 144.5% sold by value.